Viewpoint: Why the UK should embrace mixed-tenure housing 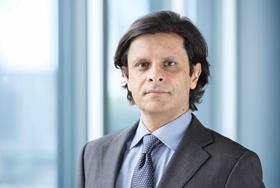 In recent decades, Britain’s housing system has failed to deliver the kind of communities that we need to foster a cohesive, inclusive and meritocratic society. Wherever you sit on the political spectrum, the idea that people ought to be able to flourish no matter where they happen to have been brought up should be a given; the fact that this is still not the case in Britain is a reflection of policies pursued by numerous governments and planners over the course of decades.

We currently have an inflated housing market where median purchase prices have risen to levels far exceeding median incomes twinned with a social-housing programme whose lengthy waiting lists mean only those most acutely in need have a chance of being allocated habitation. As a consequence, key workers, essential workers and so many more are being forced to live in substandard or inappropriate accommodation, left behind by the market and squeezed out of social housing. The current housing model may have worked 20 years ago, but it does not work now. While commentators agree that housing is in a sorry state, that is where the consensus ends. Diagnoses range from a broken and obstructive planning system, inadequate construction capacity, housebuilder land banks, or widespread NIMBYism [not in my back yard]. Whatever the cause, we need a housing system that is fit for purpose and able to meet the unique societal challenges of life in 21st-century Britain.

To do this we must embrace mixed-tenure housing. Mixed tenure has been promoted as the answer to questions of social mobility in the UK for decades. There is a clear moral case to be made for heterogenous communities and an obvious logic behind the thinking: if you have people from different backgrounds living alongside one another, not only do you avoid the kind of areas of concentrated deprivation and subsequent social polarization that beset certain parts of the US and France (among others), you also create opportunities for economic progress and a deepening of community understanding. People build networks of social capital in their neighbourhoods which they can draw upon to propel them up the economic ladder and also to engage with households with differing lived experiences. Where we have always taken these potential benefits on trust and instinct, there is now emerging a significant body of research to back up this theory.

It is striking that this new research has come from two very different locations – the US and Scandinavia. The similarity of the findings for two such different social systems – Sweden with its strong welfare safety nets and the US with a more individualistic approach – suggests that Britain, which lies somewhere between the two, might be able to draw inferences for its own housing policy from a close reading of this powerful and timely research.

Firstly, to the US, where a number of high-profile academics, including Raj Chetty, Robert Manduca and Robert Sampson of Harvard, Quentin Brummet of the University of Chicago and Stefanie DeLuca of Johns Hopkins, have produced wide-ranging and data-rich papers looking at the impact of area-based strategies on the outcomes for low-income families, particularly children. Chetty has written extensively about the numerous barriers that prevent low-income families from moving to upwardly-mobile areas, and carried out a broad, randomised and controlled study in Washington State illustrating the positive outcomes – such as improved educational attainment, higher income growth, greater feelings of safety – achieved when these barriers are circumvented. Looking at area-based strategies from another perspective, Brummet collaborated with Davin Reed of the Federal Reserve Bank of Philadelphia to study the impact of what they term “gentrification” (they use the word in a seemingly positive manner but we must recognise that it has gathered a dark shadow in recent years). They look in particular at how the influx of wealthier residents affects original resident populations, showing that children in these areas benefitted from living in a higher-opportunity neighbourhood through increased attendance at school and college completion rates.

Evelina Bjorkegren at the University of Uppsala analysed the health implications of area-based strategies for children in Sweden. Using extensive longitudinal data, Bjorkegren looked at both endogenous groups – families moving within Sweden – and exogenous groups – refugees assigned to different areas of the country – to develop a picture of the extent to which health depended on the type and quality of habitation and the broader neighbourhood effect. The results were striking, with children in the most deprived neighbourhoods being at significantly greater risk of hospitalisation, suffering from mental-health issues, generalised risky behaviour and accidental harm. Another article, by Thomas Wimark of the University of Stockholm, looked at the benefits of mixed-tenure housing and particularly how the increasing dominance of single-tenure housing had led to negative societal results for those on lower incomes or with adverse personal circumstances.

UK housing policy makers ought to acquaint themselves with this increasingly substantial body of research documenting the benefits of mixed-tenure housing. Providing a well-thought-out combination of affordable rented and home ownership tenures is vitally important. This will naturally include social rental but must also include varying forms of intermediate rental to provide high-quality housing options to hard-working families that cannot access social housing lists and are priced out of the private market. The same applies equally for home ownership with a range of shared ownership, rent-to-buy and market-priced housing. This would result in five or six different housing tenures in a development, providing a variety of solutions to the local community’s housing needs. Importantly, we must also avoid the idea of poor doors, and segregated amenities and services.

Mixed-tenure avoids the polarisation and negative outcomes that are often created by separated single-tenure neighbourhoods while stimulating both economic development and social cohesion. As investors, we believe this model works both in terms of its positive societal impact and as a means of driving sustainable long-term returns. The first step in providing housing that meets the needs of the majority of our communities might be to acknowledge that we are all in it together, and that the way we invest, and the way we live, ought to reflect the strong evidence in favour of mixed-tenure housing.