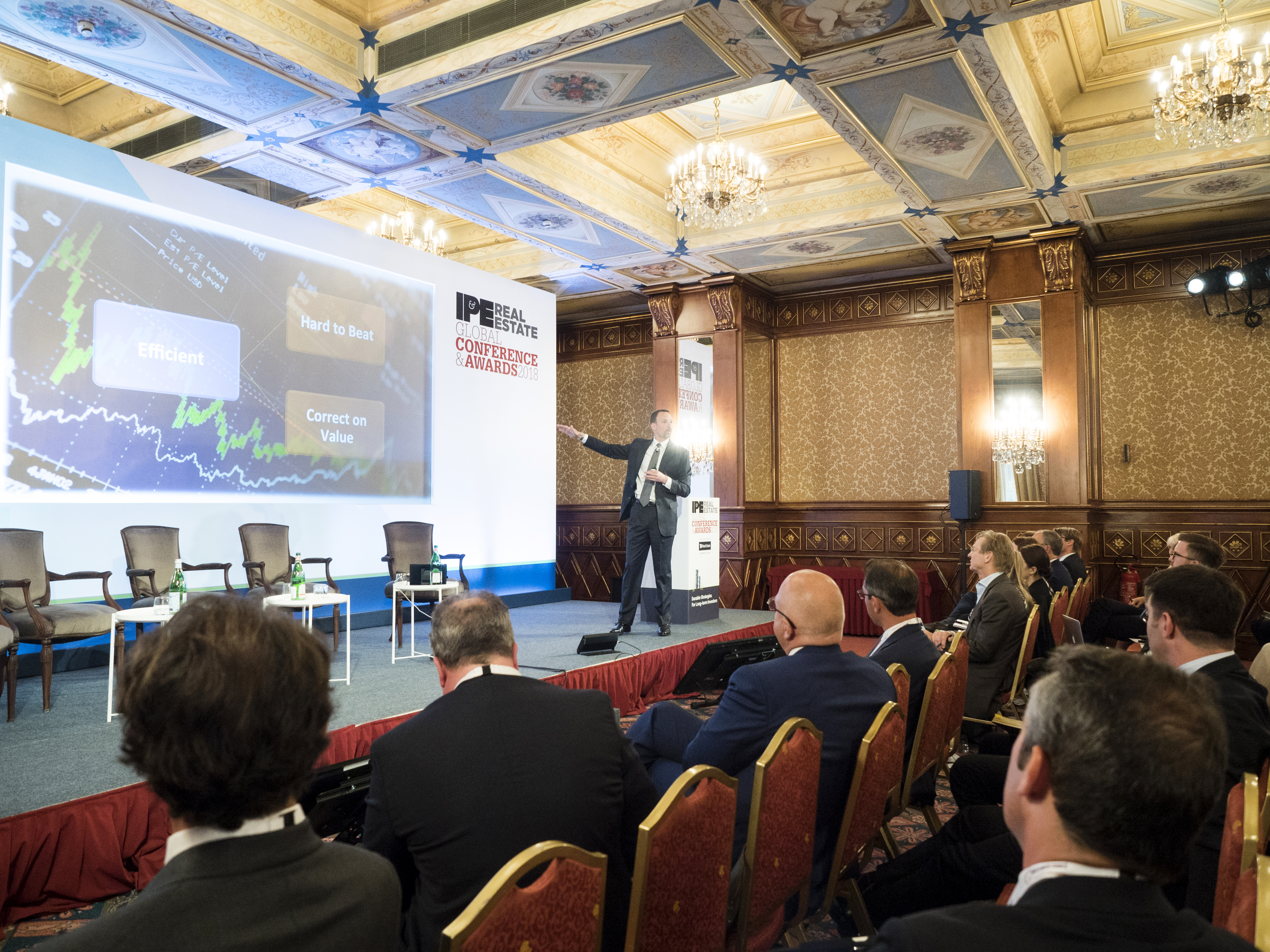 Charles Donovan, director of The Centre For Climate Finance And Investment, Imperial College Business School London, told the audience: “The whole process of creating energy efficiency and of building photovoltaics is a huge opportunity, I think, for the real estate sector.”

As solar power technology and energy storage — the key enabler of solar power operation — became cheaper, the prospect of selling renewable power was becaming a real business opportunity, he said.

As an example of the new types of solar power technology in use today, Donovan showed a slide of a building with photovoltaic windows, which provide a clear view and illuminate rooms, while also converting sunlight to electricity.

Imperial College carried out a study last autumn on the potential profitability of installing solar technology and storage in six cities around the world. “What we found is that, surprisingly, costs have come down so quickly that even a place like cloudy London is already in the money for certain configurations,” he said.

However, Donovan said, it was not yet clear whether it was possible to do this on a risk-adjusted basis.

In November, Blackstone and Ivanhoé Cambridge announced they were aiming to triple Manhattan’s capacity to generate solar power by installing panels across 22 acres of rooftops at their residential complex StuyTown.

With almost 10,000 high-efficiency solar panels, the installation is to generate enough energy to power over 1,000 New York City apartments.