​IPE RE Global Awards: US real estate to benefit under Trump presidency 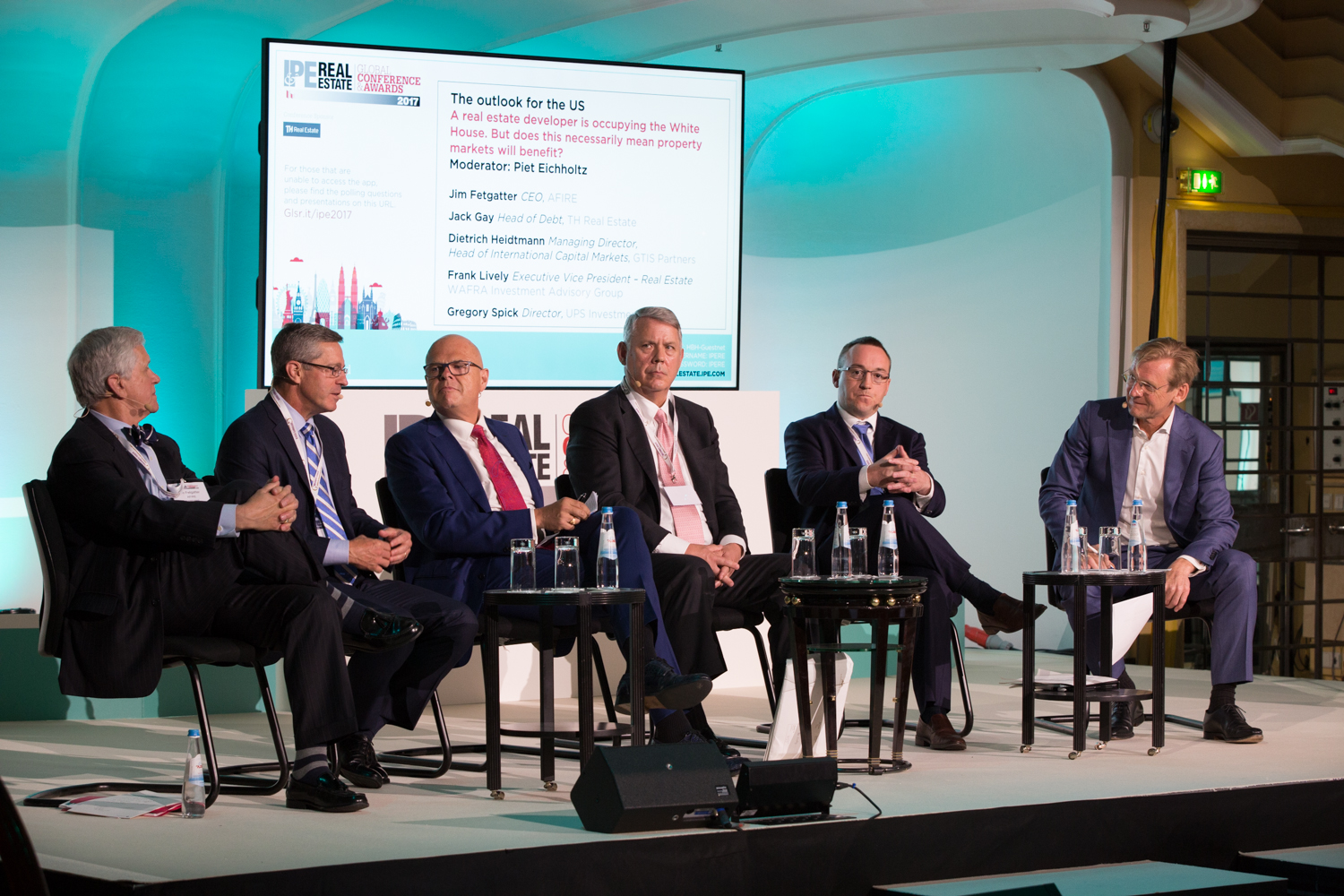 The US real estate sector is set to benefit under the presidency of Donald Trump, according to a group of investors and managers gathered at this year’s IPE Real Estate Global Conference & Awards in Munich.

A straw poll of delegates at the conference was split over the question. A slight majority (53.8% of delegates) took the view that Trump administration’s actions would drive growth US real estate.

However, panellists agreed unanimously that Trump’s policy agenda, particularly regarding tax reform and infrastructure spending, would benefit US real estate.

Jack Gay, global head of commercial real estate debt at TH Real Estate, said: “Whether the announced stimulus package can be put through congress remains to be seen, but we see Mr Trump’s programmes and policies having a positive impact.

”As a result, we are not changing our investment strategy, although we are mindful of where we are in the real estate cycle.”

Frank Lively, executive vice president of Wafra Investment Advisory Group, added: “I am not a fan of Mr Trump, but if he can do anything right, it is in the real estate sector.

“His proposed policies as outlined will have a very positive effect, and that will take us to a ‘middle-inning’ scenario in terms of the cycle.”

Jim Fetgatter, CEO of AFIRE, an organisation representing foreign investors in US real estate, said a huge majority (85%) of its members considered Donald Trump’s election a negative event for the sector, according to a survey carried out before the US presidential election.

However, Fetgatter added, “foreign investors are coming to the US more than ever”.

Panellists broadly agreed that one of the sectors set to grow under the Trump administration is infrastructure.

Lively said: “From our perspective, we have focus on infrastructure, but it is not a core strategy.

“The sector is going to present plenty of opportunities, and lots of capital can find a home, if the policies are implemented. Whether all that capital flows to infrastructure projects, remains to be seen.”

Despite some negative sentiment surrounding US residential, the sector still presents opportunities, according to Dietrich Heidtmann, head of international capital markets at GTIS Partners.

Heidtmann said: “We still believe this is an attractive sector to pursue. After the financial crisis, household formation and housing starts stopped.

“The rental sector is here to stay. But demographic trends can now drive growth in residential housing. The age group between 30 and 39 is driving household formation, and that brings the need to accommodate families.

“This contrasts with the supply situation, in that only half of the apartment sector is suitable for accommodating families. Suburban living is still growing and the multifamily sector is responding to that.”

Lively added: “We have been very focused on US multifamily. We think that in the long term this is a solid product with solid future.”

Panellists discussed the outlook for alternative asset classes, which they suggested is generally bright under Trump’s presidency.

Logistics, in particular, is “a terrific market”, according to Lively. He said: “Internet is putting pressure on traditional retail, but there is money to be made in traditional retail as well, as those assets are reconfigured to meet changes in demand.”

Greg Spick, director at the UPS pension plan, said that traditional retail property is ripe for M&A activity. “We are seeing but also are opportunities in the sector”, he said.

Fetgatter mentioned that logistics is high up on the list of sectors favoured by foreign investors.

In another straw poll, delegates were asked what are the best opportunities in the US real estate market today. The majority (37%) chose residential, followed by alternatives (33%), industrial (20%), retail (6%) and office (4%).

Piet Eichholtz, professor of finance & real estate at Maastricht University, noted how the ‘core’ of a traditional investment portfolio, which consisted of retail and office assets, only took 10% of preferences.