At the conference you talked about digital and physical worlds converging. In real estate, we have already seen the biggest effects in retail, and to some extent offices. What will be the next biggest changes?

The digital and physical worlds are indeed converging, but it is far from certain exactly how disruptive this will be on the real estate market. When I talk about the implications of these changes on our cities, I always stress that our future cities will appear, from the outside, not too different from the cities we have now, in the same way that our cities are not so different from the ancient Roman ‘urbs’. In the cities of the future, we will still need horizontal floors for living, vertical walls to delineate spaces and exterior enclosures to protect us from the outside. What will change is our urban experience, from the ways in which we communicate and move to the ways in which we interact with buildings, meet people and shop.

However, it is true that we are witnessing major changes in real estate. Retail is probably the first field, as you say. We are witnessing this every day in the US, with shopping malls shutting down or being converted. The good news is that I do not think that digital will take over everything. I believe that physical experiences will remain, but we will see a bifurcation in the way we shop. On the one hand, we will increasingly use digital services to purchase down-to-earth products – such as toilet paper, laundry soap, milk and so on. Shout out to Alexa or Siri and they will constantly replenish your supply of toilet paper.

On the other hand, I see a blossoming of ‘experiential’ shopping. Think about choosing fresh food produce: we will always enjoy going to a physical store where we can touch and smell. The store, in turn, can become increasingly focused on providing us with unique experiences. The great success that a chain such as [Italian food hall] Eataly, with whom we have been working at CRA–Carlo Ratti Associati, has been experiencing all over the world is an example. It is also exactly what we tried to do with the Future Food Supermarket (pictured) at Expo Milano 2015, imagining new experiences around products. We might say that the design of experiences has never been as important as it is now. Even if high-tech retailing is becoming widespread, this is far from equating to the demise of physical stores.

You mentioned how in the 1990s technology was expected to be ‘the death of cities’ but in fact has sped up urbanisation and densification. Will this always be a one-way trend?

The idea is related to the well known prediction by US professor Melvin Webber: “For the first time in history, it might be possible to locate on a mountain top and to maintain intimate, real-time and realistic contact with business or other associates”. Instantaneous communication with everyone else on the planet would soon render traditional settlements obsolete. History has, in fact, charted a far different course. Today’s technology does indeed allow global and instantaneous communications, but most of us still commute to offices for work every day. Cities have not disappeared.

What early digital commentators missed is that, even if we can be anywhere, it does not mean that we want to be anywhere. We strive for places that allow us to share knowledge, to generate ideas and to pool talents and perspectives. Aggregation, friction and interaction of human minds are vital aspects of our lives. In short we want to be in cities – and I do not see this changing anytime soon. The tension between hubs and centers has always been there – I do not see any change now. If anything, it seems to me that today we have less centripetal forces than, say, in the second half of the 20th century.

Urbanisation has been proven to respect Zipf’s Law; early twentieth-century Harvard linguist George Zipf established that the relationship between big and small cities would remain constant, and indeed that it follows a very precise and mathematical distribution. Big cities might be bigger than big cities are now, but this won’t mean that small cities will disappear or that the ratio between differently sized cities will change – at least if Zipf’s law will keep on holding.

Self-driving cars could have side effects, like the expansion of urban sprawl. In the future, people might, in fact, decide to move far from expensive and crowded urban centres, consuming more green spaces and resulting in an unsustainable urban expansion.

How widespread do you expect autonomous vehicles to be in 10 years’ time?

I do think autonomous vehicles will become quite widespread over the next decade. I believe they are among the technologies that have a great potential to change our cities. Over the last few years at the MIT Senseable City Lab, we have been investigating how a world of driverless cars might impact urban infrastructure. They are set to blur the historical distinction between public and private transportation, as they could be used constantly throughout the day by many different people – this would be a huge improvement when you consider that private cars are estimated to sit idle for 95% of the time. 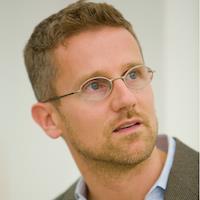 One potentially undesirable side effect to consider is the impact self-driving cars might have on existing public transport infrastructure. This is due to what one could call the unfair competitive advantage of vehicle autonomy. The cost of traveling a mile might drop so substantially that people would abandon public transportation in favour of autonomous cars. This could, in turn, lead to an increase in the number of vehicles in a city – and with that surreal gridlock.

The fate of public transport might depend on how we find revenue for it, so as to give it the competitive advantage. For instance, I see the possibility for more widespread use of dynamic road pricing systems like the electronic one in place in Singapore.

Future cities will sense and respond to their inhabitants by interacting with smart phones. But privacy and big data have become a hot political issue.

I think recent worry over privacy and the harvesting of big data has been a positive development: in Europe GDPR is a very welcomed piece of legislation, and it is already changing people’s attitude to data all over the world. Right now, the harvesting of data is more of an inevitable fact than something we can impede, and therefore what is needed is precisely a greater awareness of the way that data is being used. A key issue to be addressed today is asymmetry of information, where just a few companies and public institutions know a lot about us, while we know so little about them.

Which city is the smartest today? And which is the one to watch in the coming years?

I don’t think there is a single smartest city: today, different cities are exploring different dimensions. For instance, Singapore is piloting exciting projects related to future mobility, Copenhagen to sustainability, Boston to citizen participation, and Milan in relation to the integration between nature and architecture. The leader is probably a combination of many cities.