Data storage: Head in the cloud

Data centres are quickly evolving in line with an expanding world of big data. Investors need to keep up, writes Christopher O’Dea 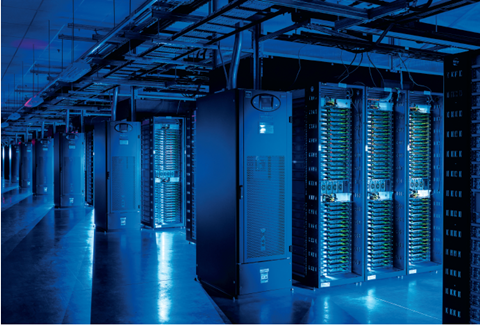 Once a niche investment, data centres are playing an increasingly important role in infrastructure portfolios

Long gone are the days of storing electronic data in large warehouses full of computers. During the dotcom boom of the 1990s and early 2000s, many data centres were built.

Today’s computing techniques are more dynamic, more data-hungry and more mobile, which has sparked a rapid evolution in data centres. Owners of these server-rich, super-cooled warehouse properties are scrambling to keep up with the needs of consumer marketing businesses, e-commerce players of all type, and a wide range of scientific and technical users that make a living by crunching vast amounts of data.

In response, data centres have evolved from a niche asset class to a diverse, albeit specialised, corner of the real estate and infrastructure universe. At the same time, the competitive dynamics of the sector have transformed. This means investors – largely through their investment managers – need to stay abreast of several fast-moving trends: evolution of core chip technology; the emergence of competition from new, innovative forms of data storage; and new methods of computing that affect how large pools of data are stored and accessed.

Then there is increased competition for data storage and management from ‘hyperscale’ tech giants that offer solutions based on their own proprietary hardware and software. And perhaps most vexing of all, there are the potential national-security ramifications arising from tension between the US and China as telecoms operators race to build 5G networks around the world.

Among the questions facing investors is how to classify data centres in their asset allocations and, in the longer term, whether the strong appetite for data centres might lead to overly aggressive pricing. Some telecoms operators are even considering publicly listing their data-centre assets to realise value at a time when investor interest has never been higher.

In a recent report, Cell Towers and Data Centers in the 5G Economy, Cohen & Steers senior research analysts Ji Zhang and Humberto Medina propose an explanation for investors’ data-centre demand that suggests the capital flows to the sector will remain robust for some time to come. “5G wireless network technology is generating a lot of buzz these days about what it might mean for consumer devices, for innovation and for economic growth,” they say. The implications for data centres are straightforward: “These applications are built on infrastructure. Without it, they can’t exist.”

News flow in late January illustrated the cross-currents in the data-centre segment, which include the broad investment community’s expectations of strong growth from data centres, rising concerns about the security dimensions of emerging 5G technology, and warnings about potential – if still undefined – health risks posed by the increased electromagnetic radiation that some opponents of 5G claim could emanate from telecoms system infrastructure such as antenna towers.

Perhaps the clearest signal of data-centre strength came from Intel’s report on 2019 results. The company says a surge in demand for chips used in large data centres resulted in a 48% increase in revenue from cloud-service providers, as sales of the high-end chips exceeded analysts’ expectations and prevailing industry trends. As the biggest provider of server chips, Intel is benefiting from increased construction of data centres operated by Google, Facebook and Amazon Web Services.

Australia’s A$168bn (€103bn) Future Fund announced in January that it had made its first direct investment in a data centre, acquiring a 24.1% stake in Canberra Data Centres). “We have had exposure to data centres through our listed and private equity portfolios for some years,” CIO Raphael Arndt told IPE Real Assets. “It’s a space we’ve observed developing, and we have been conducting research for some time.”

As the lines between infrastructure and private equity become increasingly blurred, the question of categorisation – while topical – becomes more trivial, according to Declan O’ Brien and Alex Leung of the Research & Strategy team at UBS Infrastructure, Real Estate & Private Markets group. In a 2019 paper on Technology Innovation, Data infrastructure: an infrastructure or private equity play?, they note that a “more relevant consideration is to understand the risks around the cashflows of data infrastructure assets to ensure that the returns are commensurate”.

Infrastructure investors have a proven record as owners of telecommunication assets, O’Brien and Lung note, and in 2018 the sector entered the mainstream, accounting for more than 30% of invested capital in the asset class to 3Q 2018. A majority of these investments were in the newer sub-sectors within data infrastructure, that is, fibre, data centres and, to a lesser extent, ‘smart’ infrastructure. The UBS research concludes that the appetite for data centres and related new telecoms assets is a confluence of two factors: record inflows into infrastructure have encouraged investment managers to seek new types of assets with similar risk-reward profiles to traditional infrastructure; and changes in the underlying telecoms industry have produced a steady stream of potential investment opportunities.

But asset selection remains critical. Small and mid-size data-centre providers might view a sale of a portfolio as an exit strategy, so the composition of the assets should be reviewed in detail for factors such as energy supply to the site, the energy efficiency of the data centre and the availability of competing services such as fibre-based connections. Energy costs are so important that data centres are now benchmarked on their power efficiency. Location also matters – in particular, proximity to large urban hubs with concentrations of customers that want or need the fastest response time between data centres and users’ devices.

Hyperscalers, the cloud services from large companies such as Microsoft and Amazon, are increasingly becoming customers of traditional data centres near urban cores, which provide a link between end users. Hyperscalers account for about a third of total data-centre network traffic which, according to Cisco, will jump to more than 55% in the next few years. 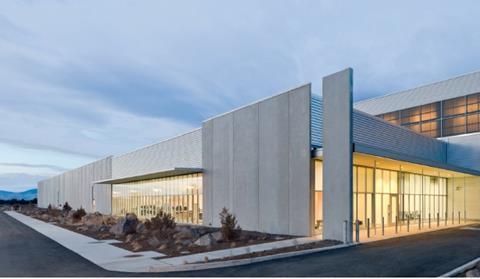 Facebook has built a data centre complex in Prineville, Oregon

For the most part, infrastructure investors have typically invested in collocation data centres with a buy-and-build approach. Although infrastructure investors are attracted to collocation assets that have long-term contracts, the typical contract length for collocation is three to five years, so most collocation centres will add an element of re-leasing risk to a portfolio. While that might seem to be a significant barrier, the needs of the computing age mitigate the risk. Primarily, while contracts might not be long term, churn rates tend to be low because moving data centres can be difficult, and customers rely on uninterrupted access.

Investors are also seeing a steady flow of new opportunities from traditional telecoms companies, some of which are disposing data-centre assets to raise funds to invest in 5G technology. Competition is intense, the UBS researchers say, because listed data-centre businesses such as Equinix and Digital Realty Trust are very active participants. Telecom Italia, for example, plans to spin off its 23 data centres in Italy and list them on the stock market during the first half of 2020, in a deal that could value the business at $1.1bn. The strategy to bring in financial investors to boost growth prospects ahead of the IPO, would help reduce the $32bn debt load of the former monopoly, one of the largest in the European telecoms sector. The company recently announced a partnership with Google to develop its cloud business, a key step towards its divestment plan.

Gaw and Centrin develop in China
Towards the end of last year, Hong Kong-based Gaw Capital Partners partnered with Centrin Data to acquire, develop and operate a portfolio of internet data centre (IDC) projects in China.

The real asset manager formed the joint venture on behalf of its newly-launched IDC Fund, which is raising capital to target investments in China IDC assets. 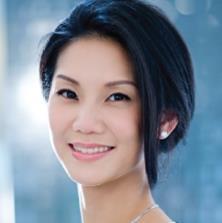 Christina Gaw: “We see significant opportunities in the IDC sector”

The joint venture with Centrin will be seeded with the Huaqiao Project, located in Kunshan, Jiangsu, 40km from Shanghai city centre.

Currently, Centrin Data has four IDC projects under management. These are in Beijing, Huaqiao, Wuhan, and Yantai.

Humbert Pang, managing principal and head of China for Gaw Capital Partners, says the decision to establish the new fund reflected the company’s confidence in data-centre assets in China.

He adds that “geographical demand and supply imbalance make (them) a valuable asset with stable rental income”.

Christina Gaw, managing principal and head of capital markets for Gaw Capital Partners, says: “We see significant opportunities in the IDC sector, which is fast becoming a major theme in China as the country deepens its embrace of advanced technology.”

Large infrastructure investors are snapping up the fresh inventory offered by telco companies – and sometimes going into the data centre business as a result. In 2019, Brookfield Infrastructure Partners acquired the $1.1bn data centre portfolio of AT&T, and along with the closing of the transaction, Brookfield launched a new company, Evoque Data Centre Solutions, which provides collocation services out of the 31 data centres in the AT&T portfolio.