The global shipping industry is under pressure to clean up its act. What does this mean for institutional investment prospects? Christopher O’Dea reports

Investors accustomed to evaluating shipping finance opportunities in light of economic growth rates will soon have to account for the impact of two new factors on vessel profitability. Facing societal demands to reduce the carbon emissions from maritime vessels ranging from containerships to dry bulk carriers, shipping companies are scrambling to switch to low-emission fuels, even as they grapple with the prospect of new carbon taxes on fuel usage that could dramatically increase vessels’ operating costs.

Environmental factors are the most extensive of the ESG considerations in shipping finance, says Andy Dacy, head of the Global Transportation Group at JP Morgan Asset Management. Those centre around fuel efficiency, emissions control, pollution control and protection against the introduction of invasive species from one region or body of water to another. Addressing those concerns is spurring something of a technology and engineering boom in shipping.

“We are seeing a variety of innovative engine technologies, including long-stroke, low-speed, electronically controlled engine types, as well as engine types that run on cleaner fuels such as LNG [liquefied natural gas],” says Dacy. “Vessels are now designed to be structurally more aerodynamic and hydrodynamic, and thus more efficient while moving through the wind and water, with streamlined accommodation blocks and hull shapes.”

Social factors focus on the standardisation of training and certification for seafarers, employing best practices developed by maritime regulators to protect the health and safety of crews on board vessels. Governance considerations include greater transparency regarding conflicts of interest, and regulatory cooperation from international organisations such as the International Maritime Organization (IMO) and the Marine Anticorruption Network.

The focus on emissions comes as shipping lines and investors face uncertainty from the US-China trade war. While the prospect of a ‘phase one’ trade deal that could include some tariff relief has calmed markets, trade routes have been altered as companies moved production to avoid tariff costs, highlighting the need for shipping lines to adapt to changing business conditions. That has sometimes been a tall order in an industry that has historically suffered freight-rate volatility owing to excess capacity, in which financing structures and loan covenants tied to specific vessels have constrained shipping lines’ flexibility in managing fleets.

In 2018 the IMO called for the phase-out of greenhouse gas (GHG) emissions “as soon as possible this century” and the reduction in annual GHG emissions from international shipping by at least 50% by 2050 as compared with 2008. The IMO set new limits on emissions starting in January of 2020, and required that ships use low-sulphur diesel fuel if ship owners did not invest in scrubbers to reduce emissions by cleaning particulate matter from engine exhaust. To prevent the spread of invasive species, the IMO also requires shipowners to install ballast water treatment systems, which filter and clean the water taken into special tanks to stabilise a ship when cargo loads are low.

New fuel requirements and carbon-based taxes to satisfy environmental concerns are likely to result in significant changes in vessel operating costs. In a recent working paper, the International Monetary Fund (IMF) presented an example in which a carbon tax of $24 (€28)/tonne of fuel starting in 2021 rose to $240/tonne by the end of the new decade. One of the major issues the IMF considered was how the tax would be collected, and how the revenue would be disbursed. If taxes were collected domestically, the IMF supposed, “it would be logical for this revenue to go to national budgets, but with international collection, climate finance might be a more natural use of the revenue, as national governments have a weaker claim on the tax base”.

The IMF opened the door to a third option – using maritime fuel tax revenue to fund shipping industry research into clean-fuel technology and the development of ways to deploy innovations. But the agency dismissed that notion, assuming that the efficient amount of R&D spending is likely a small fraction of potential carbon tax revenues. “If tax rates were set based on industry spending needs they may fall well short of the levels needed for meaningful mitigation incentives,” it said.

In December, shipping industry associations representing over 90% of the global merchant marine fleet proposed a mandatory global tax of $2/tonne of fuel to fund industry R&D efforts to develop zero-emission vessels by 2030. The plan calls for the establishment of a new International Maritime Research and Development Board, one of the solutions considered by the Marine Environment Protection Committee of the IMO.

As shipping companies calculate how to navigate the squalls of low-emission fuels and carbon taxes, innovations in maritime finance continue to make the sector more attractive to institutional investors. Institutions have long financed ships, mainly through funds or vehicles that make loans against specific vessels, secured by a mortgage on the vessel, with each vessel typically owned by a separate company. But shipping lines with large fleets typically owed money to many lenders, under terms that could affect how the vessels could be deployed to serve customers, thus limiting their ability to respond to competitive conditions.

According to the shipping journal FreightWaves, Citigroup has a loan structure in which the collateral for a mortgage is a variable pool of vessels, rather than linking specific vessels to the mortgage for the life of the loan. It was used for a loan of $1bn to Seaspan Corporation, the largest US-listed lessor of container ships. Secured by a portfolio of 36 of Seaspan’s 112 vessels, the new credit facility will help the company reduce the number of separate loans and the time and cost required to manage them. Seaspan will be allowed to change the ships in the collateral pool, which can help it manage changes in service requests from customers. The key from the investment perspective is that the business terms of the vessels in the collateral pool must meet certain criteria at the aggregate level, in terms of the charterers of vessels, the duration of charters – which affects the security of cash flow – and other factors like ship size and age.

Whether the Seaspan-Citi structure can be used by other shipping lines remains to be seen. What is clear is that investment managers are taking steps to get more institutional investors on board with lending to companies that operate shipping fleets.

“Shipping is becoming more institutionalised,” says Marcel Saucy, senior partner at Zurich-based Fincor Finance. “You have larger and larger companies with larger fleets, and certain actors in the shipping space are becoming standalone corporates that have their own credit standing, which is independent of the asset so it’s a natural consequence that banks would start to consider the going concern characteristics of the corporate credit rather than the individual asset financing of the single ship,” Saucy adds. 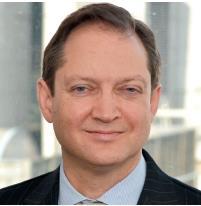 A carefully structured collateral pool composed of various vessels might be a more attractive credit opportunity to institutional investors than a series of single loans to single-purpose companies secured by different ships, Saucy says. But investors should not lose sight of the inherent risk of the sector. The shipping business remains very cyclical, Saucy notes, and “if there’s no backup capital to support the corporation when the market is in a down cycle, lenders or investors might face losses”.

While some banks are seeking new ways to finance ships, most lenders are taking a cautious approach. “We are seeing a reduction in traditional bank lending and leasing to the shipping sectors,” says Dacy. The pullback is a response to the increase in capital charges on assets with a higher risk weighting, Dacy adds, which started in 2014. Additionally, he notes, there were a significant number of non-performing loans in the decade after the global financial crisis. “We see banks that used to be lenders to shipping businesses pulling back from the sectors, with some non-performing loan books acquired at a discount by a variety of speculative investors,” he says. Late in 2019, for example, Frankfurt-based transport finance specialist DVB, closed its doors to the shipping industry.

As the industry grapples with new emission-reduction measures, investors must remain focused on the fundamental macro-environment underlying demand for shipping services. “Our outlook overall for shipping is negative,” says David Petu, a director at Fitch Ratings. The US-China trade war is affecting shipping rates, and GDP growth is slowing in many countries, which negatively affects container shipments. Fitch looks at lessors, companies that own ships and lease them to major container shipping lines such as Maersk. But the outlook is not entirely downbeat. Analysing shipping credits entails assessment of financing costs and total capacity as well as economic growth. While ship lessors have a slightly higher cost of funds than sectors like aviation, because ship owners typically borrow on a secured basis rather than through unsecured debt issuance, Petu says, “overall, I think the supply of ships has stabilised and to some degree we are seeing a relatively stable performance on container shipper lessors.”

Overall, JP Morgan Asset Management “views the shipping markets favourably”, says Dacy. “In many segments, supply-demand balances are moving in a positive direction due to limitations on both the supply of capital and rationalisation of shipbuilding capacity through shipyard mergers in Korea and yard closures and consolidation in China.” The dry bulk order book is low and demand is expected to continue improving following news of a partial trade deal and resumption of trade between Brazil and China following mining closures that occurred early in 2019 due to a dam collapse in Brazil, Dacy says. Energy product tankers are expected to directly benefit from increased demand for Very Low Sulphur Fuel Oil (VLSFO), at a time when tanker capacity is modest.

Managing fleet capacity will become more important in an environment where the impact of world seaborne trade on GDP growth is declining. The global trade-to-GDP ratio has fallen since the financial crisis and will affect shipping demand for years to come, according to Peter Sand, chief shipping analyst for the shipping trade organisation BIMCO. Calling “one of the most worrying trends for the global shipping industry”, Sand says the falling ratio results from “slowing globalisation as well as increasing protectionist measures being implemented around the world, spearheaded by the US”. Despite the phase-one deal, “the raised barriers to trade are here to stay as we enter a new decade, with the shipping industry stuck with the consequences”.

The upshot could be a perfect storm for shipping investors. BIMCO cautions that the long-term decline in the trade-to-GDP ratio could result in weak demand for maritime transport, making it difficult for shipowners to pass on the costs of complying with the IMO requirement that ships use low-sulphur fuel or install exhaust scrubbers.

Flexibility is in order. “In our view, the best way to access stable returns from the shipping and broader transportation segment is via income-generating strategies,” says Dacy. “Within this type of investment approach, long-term leases provide attractive risk-reward propositions. There are also opportunities to invest in senior-secured financing at attractive return levels – however, the underlying asset collateral must be carefully assessed both commercially and technically.”