Aircraft leasing has become an increasingly popular asset class. But how does it square with ESG? Christopher O’Dea reports

Aircraft are perhaps not the first item on the agenda of a pension fund investment committee considering how to enhance the sustainability profile of the portfolio under their supervision. With the number of passengers travelling by air doubling every 15 years, the aviation industry has increasingly become a key contributor to worldwide economic growth – and an obvious target of concern about emissions. But while it is undeniable that air traffic causes its share of CO2 emissions, the aircraft investment team of KGAL Group contends that aircraft have quite a lot in their favour when it comes to increasing the sustainability quotient of a portfolio.

As an investor, “we are in a position to contribute to sustainability”, says Jochen Hörger, managing director of KGAL Investment Management. But first, he adds, “it is necessary to clarify widely held misapprehensions about pollution”. While the aviation industry is growing rapidly, Hörger says, “it does not follow that aircraft are the main culprits when it comes to carbon dioxide emissions”. In fact, he adds, air travel accounted for only 2.5% of global human-generated carbon emissions in 2017, far less than street traffic, which contributed 17.5% of emissions.

The aviation industry is committed to sustainability, and has set itself the target of achieving climate-neutral growth from 2020 onwards, says Hörger. The International Civil Aviation Organization (ICAO) hopes to introduce global emissions trading to support this aim while also further reducing CO2 emissions from aircraft. In a sector built on precision engineering, there will be nowhere to hide – the ICAO is a specialised agency of the United Nations that administers the Convention on International Civil Aviation, and publishes a tool that enables users to assess carbon emissions on a per-flight basis.

Several factors will help the aviation sector contribute to sustainability goals, says Hörger, including new designs and lighter materials such as carbon fibre, as well as modern engine technologies that make aircraft more efficient and ensure they consume less fuel. The Airbus A320neo is one example of the impact of engine technology, Hörger notes, with this aircraft type consuming 15% less fuel than the Airbus A320ceo.

With air travel growing rapidly, “ESG considerations are high on the agenda for airlines, lessors, financiers and investors alike”, says Derek Wong, a member of the Investec Aviation Debt Funds team. Airlines are increasingly offsetting their carbon footprints, with some going beyond the requirements of EU or ICAO emission trading and mitigation schemes, Wong says, while aircraft lessors and financiers are boosting their ESG credentials through established green standards such as the LMA Green Loan Principles. “We shall see such efforts expand in 2020 as the aircraft finance sector better articulates its ESG credentials, especially in terms of funding more fuel-efficient technology for an industry that brings immense socio-economic benefits.”

To capitalise on the aviation sector’s effort to reduce emissions and bolster its sustainability profile, KGAL established German Operating Aircraft Leasing (GOAL), a joint venture with Lufthansa that melds KGAL’s financial acumen with Lufthansa’s technical expertise in aircraft evaluation, maintenance and the myriad engineering and documentation requirements that form the life story of every individual airplane.

Over the past five years, KGAL has established three core aircraft portfolio funds, concentrating on acquiring ‘future-proof’ aircraft – types that will still be in demand from airlines in 10 to 15 years time. The investment proposition leads to acquisition of modern aircraft that offer a stable residual value, which contributes significantly to the level of return in the case of operating leasing. 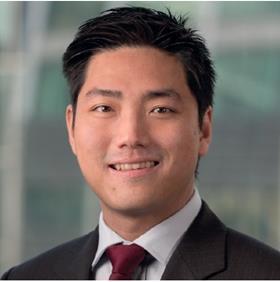 “We shall see such efforts expand in 2020 as the aircraft finance sector better articulates its ESG credentials, especially in terms of funding more fuel-efficient technology” - Derek Wong

It is harder to see how the aviation sector will reach the next level of sustainability. “Fuel efficiency over the next 10 years will be a significant driver of aviation emission reductions, however the current technology has for the most part reached its potential to achieve incremental savings,” says Andy Dacy, head of the Global Transportation Group at JP Morgan Asset Management.

“Hybrid or electric engines do not appear to be commercially viable with today’s technology, and while significant research and development is being dedicated to developing alternative propulsion, it’s unlikely to be available for large-scale implementation prior to 2050.”

In the meantime, “the gradual retirement of older aircraft and replacement with the latest technology aircraft will help offset carbon emissions from industry growth,” says Dacy. He says another bright spot is “the further propagation of bio-fuels and savings from increased operational efficiency such as improvements to air traffic control to minimise delays and more direct aircraft routes between cities”.

While core technologies might have reached cruising altitude, there is no sign of a slowdown in air travel. The number of commercial aircraft in operation is expected to roughly double over the next 20 years, Dacy says, driven by overall GDP and population growth, but most notably from significant expansion of the middle-class in countries such as India and China.

A tailwind for aviation finance which is often overlooked is that aviation “is one of the few industries which has developed a nearly uniform set of regulations worldwide with respect to airline operations, maintenance and labour”, Dacy says. “The uniformity of regulations allows routes between various countries and regions to expand as demand dictates without artificial barriers.” While there are restrictions on routes and frequencies between various cities and countries, depending on the bilateral agreements in place, “the increased trend towards liberalisation will reduce such restrictions allowing organic growth to proceed”.

The ICAO calling for the aviation sector to achieve carbon neutral growth from 2020 will help address the public’s negative view towards aircraft emissions. Dacy says: “It is expected such programmes will positively affect the public’s perception of aviation vis a vis carbon emissions which may diminish the rhetoric around higher [air travel] taxes,” he adds. That said, “any additional taxes imposed would almost certainly be added to the ticket price, either directly or indirectly, as is the case for all other fees and levies charged”.

Ideas are being floated about how carbon taxes on air travel might work, and whether such schemes might end up burdening infrequent travellers such as holidaymakers, while granting exemptions to those who purportedly must travel for work purposes, such as consultants, lawyers and bankers, the type of workers likely to be involved in the design of tax rules.

Clarity on an aviation emissions tax is some way off. “It’s very difficult to speculate on what direction policy may take,” says Dacy. “A system of taxation which depends on the purpose of travel could be challenging to enforce.”

A more likely system, he suggests, could be a tax per passenger which would vary based on the type of travel – say, short haul or long haul – or the class of travel, such as premium or economy. Such taxes would be added to the cost each passenger pays in the same way that airport fees or fuel taxes are currently added. Another alternative could be to tax airlines based on total emissions per year, which would require the airline to factor the additional tax into the cost of each ticket. “Regardless of the system implemented,” Dacy says, “the end result is likely higher cost for passengers.”

“An ideal portfolio will be geographically diversified, balanced between various aircraft types which are weighted towards the latest technology and as young as possible” - Andy Dacy

For investors, opportunities to deploy capital in the sector will continue to expand in tandem with the underlying growth in air travel. “We expect the aircraft debt finance market to remain robust and competitive in 2020, says Wong. “Liquidity continues to be strong while airline performance is generally holding up and asset values stay resilient, especially for the liquid aircraft types,” he adds.

The recovery rate for aircraft debt is about 98%, Wong notes, owing to such loans being secured by fungible and mobile hard assets owned within an established legal framework. While the 737 Max production halt “certainly dents the delivery pipeline but air travel and aircraft demand fundamentals are strong”, Wong says, “there remain abundant opportunities in the market worth over US$100bn annually”.

Aircraft debt is a stable and globally diversified source of long-term cash flow with low correlation with traditional asset classes, and “investors are keen to capture the long-term growth of aviation”.

The financial impact to various airlines of increased costs related to emissions “will absolutely be monitored by aviation financiers”, says Dacy, but “there is currently no concrete evidence that passenger concerns regarding emissions has impacted passenger growth”. From an investment management perspective, “unless taxes are punitive to airlines, the primary credit considerations will continue to be related to market position, balance sheet strength, and operational flexibility to adapt to changing circumstances and sources of liquidity”.

Given the changing dynamics of aviation, the ideal portfolio will evolve over time. A balanced portfolio should be able to perform well despite any challenges which arise going forward and continue to deliver a consistent return to investors. Dacy says: “An ideal portfolio will be geographically diversified, balanced between various aircraft types which are weighted towards the latest technology and as young as possible.”