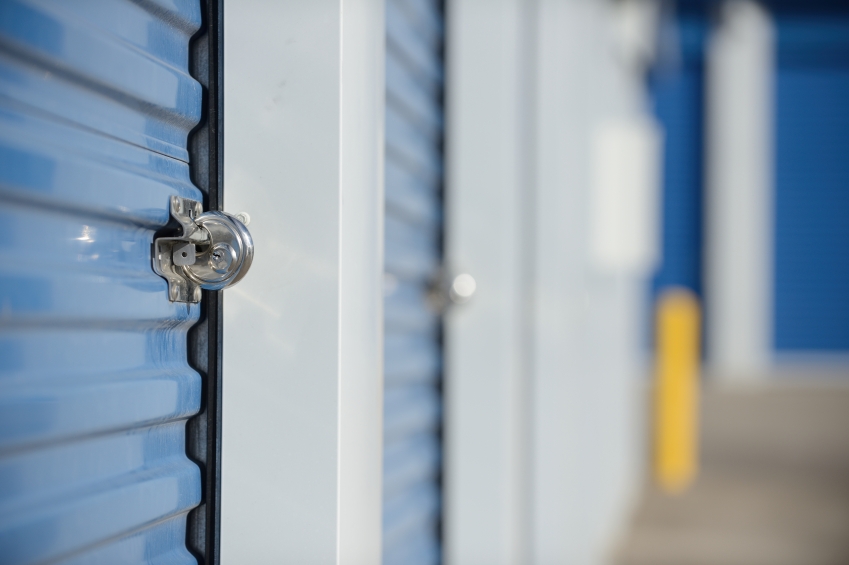 The market is fragmented and ripe for consolidation. Christopher O’Dea reports on America’s love affair with self-storage.

The consolidation opportunities in the US self-storage market are so great that Public Storage, the largest storage facility REIT, has enlisted aliens to help capitalise on the prospects for growth.

The company’s float in the Rose Bowl Parade in January, ‘Adventures in Space’, featured three aliens who deployed from a mothership in rose-covered planetary cruisers about the size of SmartCars. The aliens inspected the Pasadena parade crowd, stopping, ironically, in front of a certain kind of self-storage facility – the Norton Simon Museum, which houses the renowned art collection amassed by the eponymous industrialist.

The float won the Grand Marshal’s Trophy for excellence in creative concept and design. For investors, the same might be said about Public Storage’s business strategy. While few people will ever need a purpose-built structure to house their Raphaels, Rembrandts and van Goghs, many Americans own so much stuff that they can’t fit it all inside their dwellings, which typically include full attics and basements. This has given rise to a uniquely American opportunity: real estate devoted to storing everything from extra dining chairs to last summer’s watersports kit.

Because these are simple structures sited on large open tracts of land or in urban warehouse districts, self-storage REITs do not have to deal with advanced technology, exotic locations or complex zoning codes. In fact, it’s probably the most boring REIT sector: a low-risk, stable business model with consistent returns and several major demographic tailwinds supporting growth.

With many young Americans still living at home with parents, and thousands of others still displaced from larger homes by the mortgage crisis, storage spaces provide an economical way to put life on hold during job searches and other transitions. At the same time, Americans young and old are downsizing. The increased appetite for rental housing – including both apartments and senior living facilities – is also driving demand for storage space.

The self-storage industry is fragmented, dominated by mom-and-pop facilities and private companies. Four REITs control 7% of this fragmented industry and are poised to further consolidate the market through acquisitions. These companies, from largest to smallest, are: Public Storage (PSA), ExtraSpace (EXR), CubeSmart (CUBE), and Sovran Self Storage (SSS).

With a market cap of nearly $30bn, Public Storage is the largest, by a wide margin. The other three could fit into a small-cap allocation, with market caps of $6.1bn, $2.7bn and $2.6bn, respectively. Large investment entities can see their results impeded by issues that arise from growth, such as the need to search for larger deals, which can restrict the opportunity pipeline.

PSA, however, is making the most of its scale and scope. The REIT is positioned to capitalise on rising occupancy rates and rising rental prices in the massive US market – with more than 140m sqft of rentable space in more than 2,200 facilities, PSA has roughly twice the revenue-producing footprint of ExtraSpace, four times that of CubeSmart and six times the footprint of Sovran Self Storage. And PSA owns 49% of Shurguard, which operates 10m sqft of rentable space in Europe, giving it exposure to international demand for self-storage.

Public Storage is also well positioned for rising interest rates. By issuing preferred stock instead of debt for some recent financings, it has managed to keep its debt-to-equity ratio as low as 5.11. A preferred issue during the first quarter of 2014, for instance, raised $225m that was used to pay down a term loan.

In contrast, ExtraSpace and Sovran have debt-to-equity ratios in the high 70s, with CubeSmart’s over 100. Finally, PSA has a significant revenue diversifier through its 42% common equity interest in PS Business Parks, a division that was spun out in an IPO in 1998. PS Business Parks focuses on multi-tenant ‘flex’ properties that can be easily configured to suit a variety of uses, and are located in high-population-growth markets near decision-maker housing.

Two critical factors in storage REIT results are occupancy and rental rates. On the company’s first-quarter earnings call, Public Storage chairman and CEO Ronald Havner said the company’s occupancy at the end of April was 93.9% compared with 92.9% a year earlier, a gain of a full 100 bps year-over-year on same-store facilities. Havner estimated the occupancy rate would peak at 95% to 95.5% after May and June, which are peak months for self-storage leasing. Rental rates have been increasing by between 4% and 4.3% for the past three quarters.

Okusanya said. “The decline in our estimates is due to actual Q1 2014 results and lower revenue growth and lower acquisitions going forward.”

PSA said the pace of consolidation could ebb, noting that the quality of acquisition targets has been declining over the past year. But long-term, Americans love their stuff. Havner said PSA’s customers are staying with the company longer and, as of early summer, 56% had been leasing space for more than a year. “That’s a pretty low churn,” he said.