Redemption requests are building among Australia’s retail-focused property funds. Florence Chong looks at how the situation might play out 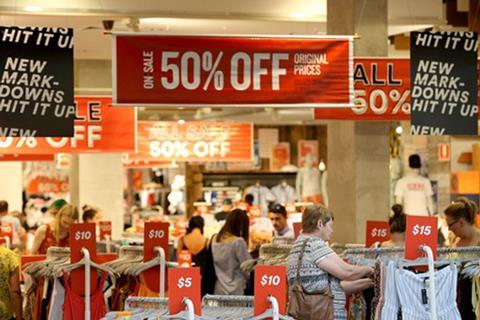 Lendlease, which is thought to be facing redemption requests of more than A$2bn, has put its Westfield Marion shopping centre (pictured) on the market

Australia’s wholesale property fund industry is seeing an estimated A$5bn (3.1bn) of units come to the market as investors seek to exit or reduce their exposure.

Executives in wholesale funds management told IPE Real Assets that this applies predominantly to funds focused on the retail sector, as sentiment towards certain types of shopping centres continues to sour.

About half of the A$5bn is made up of redemption requests, with managers obliged to find liquidity to pay out investors. The other half is made up of ‘secondaries’, with investors seeking to sell down outside prescribed liquidity windows. Here, the onus is not on the manager to meet liquidity needs, as investors look to trade interests on the secondary market.

The real challenge for managers is to calm the waters in the face of a sea change in investor attitude to retail.

Lendlease and QIC Global Real Estate are bearing the brunt of the immediate problem. Others, like GPT Group, Investa and AMP Capital Investors, are affected, but to a lesser extent. Collectively, these groups manage more than half of the A$100bn worth of assets held in Australia’s wholesale property funds.

Lendlease has two years in which to meet the requests. However, industry sources say it will face another test when it opens its A$4.5bn APPF- Commercial liquidity window, probably before the end of the year.

The current situation poses an unparalleled challenge for shopping-centre fund managers. In the past, secondaries rarely came to the open market in Australia because co-investors in funds used their pre-emptive rights to snap up whatever became available. A queue of new investors stood ready to take up whatever was left over.

Redemption windows were a non-event – until now. What is surprising some observers is that investors are looking to pull out of trusts run by Lendlease and QIC, arguably among the best-regarded managers of shopping centres in Australia. Their wholesale vehicles own some of the best assets in the country.

Equally surprising is the speed of change in sentiment. One source says that when AMP Capital Shopping Centre Trust opened for redemptions in 2017, not only were there were no takers, “AMP actually raised some capital” to fund its purchase of a stake in Brisbane’s Indooroopilly Shopping Centre for A$800m.

That would not happen today, as witnessed by the Lendlease APPF Retail fund. Up to half of the trust’s 60 investors are said to be seeking to rebalance their portfolios, and have submitted redemption requests.

Pain is being felt equally in the listed sector, where landlords such as Scentre Group and Vicinity Centres are trading at discounts to their net tangible asset values of 15% and 11%, respectively.

Vicinity and Scentre are joint owners of a number of shopping centres with unlisted trusts managed by Lendlease, AMP Capital and QIC.

Last year, QIC added to its Australian retail portfolio with the purchase of two centres in Victoria at a combined cost of A$1bn. QIC’s A$22.4bn Australian portfolio includes 23 shopping centres. Three executives in the wholesale space told IPE Real Assets that QIC has some A$2bn of secondaries piling up.

“I have heard from existing LPs that they have put their secondaries to the market,” one source said. “These are predominantly domestic investors, [with] a number of foreign pension funds also trying to get out.”

QIC manages a number of funds, including its flagship QIC Property Fund, and the QIC Shopping Centre Fund. A spokesperson said neither fund currently has a liquidity window and that, therefore, it is not receiving redemption requests. “As the funds are private wholesale funds, we are unable to comment any further on matters related to the funds or on market speculation,” he said. Similarly, AMP Capital declines to comment on its private funds.

Sources say AMP Capital Diversified Fund has some secondaries available. There have been inflows and outflows (six new investors came into the fund last year), according to one source, and AMP Capital is “well practiced in managing the portfolio to provide investors liquidity”.

A GPT spokesman told IPE Real Assets that one investor in its GPT Wholesale Shopping Centre Fund (GWSF) is offering a parcel valued at between A$350m and A$400m for sale as secondaries.

It is telling that, when GWSF and its office counterpart GWOF held their liquidity events in 2016 and 2017, just 2.4% of issued units changed hands. 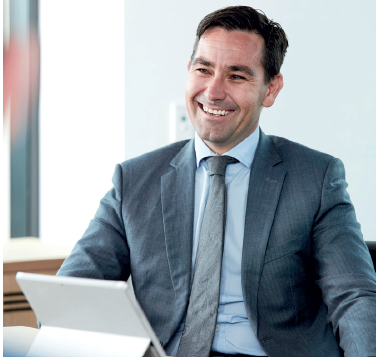 Peter Menegazzo: “We remain on track to fully satisfy redemption obligations through 2019”

Redemptions are not exclusively in retail trusts. Investors in office trusts are also seeking to relinquish or reduce their holdings for other reasons. They need to rebalance their portfolios because of a sharp appreciation in office assets over the past five years on the back of improved investment fundamentals, including falling vacancies, rising rentals, smaller incentives and compression of capitalisation rates.

Investa Commercial Property Fund (ICPF), which regularly ranks as the best-performing and biggest wholesale fund in Australia, held a full redemption offer last year (it is required to do this every 10 years under its governance regime). Through this offer, it received redemption requests of around A$800m. The volume redeemed represented 15% of ICPF units on issue.

Peter Menegazzo, Investa’s CIO, told IPE Real Assets: “We worked with our investors to bring forward the redemption offer, given strong investment demand and liquidity in the sector. This allowed the management team to pro-actively implement a strategy to satisfy its redemption obligations for investors.”

Menegazzo says that while he had expected redemption demand, the final take-up was “a little higher” than expected. However, this was understandable, given ongoing corporate activity involving acquisition of the Investa Office Fund (IOF), he added. (ICPF recently sold its stake in IOF to Oxford Properties.)

“We have been really pleased with investment demand to date for the secondary units available, having attracted a number of new investors and having existing investors increase their allocations, given the positive outlook for the sector,” Menegazzo said. “We remain on track to fully satisfy redemption obligations through 2019.”

Discount shoppers
The fact remains that there is a logjam in Australia’s secondaries market – the likes of which were not seen even during the depths of the 2008 global financial crisis, when most domestic and foreign pension funds chose to ride the storm rather than sell at steep discounts.

Today, according to industry sources, acceptance of a discount to net-asset backing is needed as a circuit-breaker. “I agree,” says the head of wholesale funds at a listed group. “That is what is needed to clear the stock. Someone needs to move on price. You have to expect discounting to occur, because there is now such a big amount of secondary units on the market.”

The secondaries continue to be offered at their net-asset value, but fund managers point to discounts on offer in the listed sector as a guide.

Managers have to evaluate all options to raise the capital needed to honour redemption obligations. In April, Lendlease put its 50% stake in the high-performing Westfield Marion regional shopping centre (pictured) on the market, hoping to fetch more than A$700m.

A Lendlease spokesman told IPE Real Assets that the sale of the interest in Westfield Marion “is in line with the fund’s capital-management strategy and provides liquidity options to satisfy the redemption requests of some investors”.

The spokesman said: “The manager has a range of options available to fulfil these requests. APPF Retail is well-positioned to continue to deliver on its investment strategy.”

He added that the fund has a high-quality portfolio of dominant assets in strong and growing trade areas, and continues to evolve its centres to meet changing consumer needs.

Marketing agents believe a centre of the calibre of Westfield Marion will attract institutional investors. Comparable regional centres, such as Highpoint in Melbourne, Indooroopilly in Brisbane and Westfield Eastgardens in Sydney have sold at yields of about 4.25%, prices that could be the benchmark for Westfield Marion.

Others are less optimistic. “I doubt that Westfield Marion will attract the same yield as, say, Indooroopilly,” says a manager of unlisted funds, pointing out that Indooroopilly was sold in 2017.

“Valuations of retail assets have fallen across the board in recent months,” he says. “Rents are too high and retailers are putting pressure on owners to cut rents. So it is inevitable that cap rates will soften as a result of falling income. There is a perfect storm brewing for retail asset owners.”

Stockland, Vicinity and, potentially, Scentre are among those expected to  join private equity and unlisted wholesale funds in selling off their Australian shopping centres.

While it is true that e-commerce continues to eat into bricks-and-mortar retailing, the general malaise goes beyond online competition. Falling house prices, high household debt, low wage growth and political uncertainty at home and abroad are all sapping consumer confidence.

Run-of-the-mill shopping malls have been difficult to move in recent years. Blackstone pulled its A$3bn-plus retail portfolio from the market in 2017. Since then, Blackstone’s only notable sale has been Sydney’s Top Ryde Retail Centre, which went for A$700m in May 2018.

Australia’s Future Fund is also selling its interests in shopping centres, expecting A$850m for two centres jointly owned with APPF-Retail, which has declined to take up pre-emptive rights.

According to a recent Citi market analysis, up to A$11bn worth of retail malls could hit the market in Australia in coming months as landlords trim their portfolios. This has prompted fears of a glut, and that is almost certain to have a negative effect on values. Says one executive: “If valuations drop by 10%, some buyers may emerge as they start to see value.”