The COVID-19 lockdown is likely to worsen the UK’s housing crisis. Socially responsible capital should address this through collaboration, writes Shamez Alibhai

When we eventually emerge from this health crisis, there will be other issues requiring our attention. Unfortunately, the dire situation of Britain’s housing stock is likely to be worsened by the current enforced shutdown. While construction is continuing during the COVID lockdown, self-isolation and sickness will necessarily delay building projects, and many projects have stopped as contractors and developers prioritise the health of their staff.

The housing market was hardly vibrant prior to the outbreak, and it is likely to return to life only stutteringly. This period of inactivity should be used to rethink our approach to UK housing, to strike out on a new course that yokes private capital to public expertise and fashions a housing market that works to level-up households across the country.

At the end of the 1970s, more than 40% of the British population lived in housing provided by the government (the figure is now just over 10%). Labour minister Nye Bevan’s post-war Housing Bill set out a model that dramatically reshaped the way housing was perceived. Until this point, council accommodation had been viewed as ‘the housing of the working classes’, but Bevan’s overhaul of the system instigated a new policy that championed ‘mixed’ or ‘balanced’ tenure. The theory was that social cohesion would be improved by ensuring that urban areas in particular did not become ghettoised.

Housing reforms in the 1980s, and particularly the ‘right to buy’ scheme, caused a fundamental shift away from Bevan’s vision. Home ownership became the defining aspirational goal of the age, and Tony Blair’s Labour government was happy to continue this policy in the late 1990s.

The concept of affordable housing was introduced, a sub-class allowing politicians to brush over the fact that true social housing was increasingly anachronistic. The idea of mixed tenure was repurposed to encourage the gentrification of previously working-class areas of the country’s cities, particularly in London. While builders were forced to include affordable housing in new developments as part of their ‘obligations’, the meaning of the question and the numerous loopholes open to developers played a significant role in today’s housing crisis. 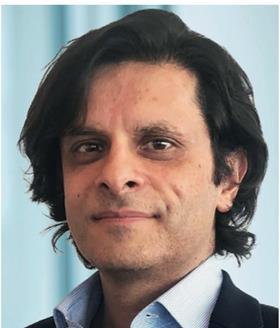 Shamez Alibhai: “Use the reset button”

David Cameron’s ‘Big Society’ project was more radical and progressive than one might expect, and one legacy of the scheme was a renewed focus on mixed-tenure housing, an idea that might have been initiated by a Labour government, but is actually firmly in the One Nation Tory tradition. Mono-tenure estates might entrench deprivation and a culture of unemployment, while mixed tenure housing encourages aspiration and social mobility. Despite the obvious benefits of mixed tenure and its place at the heart of government housing policy, recent years have seen a dramatic fall in both social and mixed housing (see figure).

The housing market has been skewed by a number of demographic factors: the influx of foreign capital; the rise in baby-boomer-generation solitary living (the number of over-45s living alone reached 8m in 2018, with many of these in multi-bedroom properties); the fall in the provision of council housing; the rise in the use of property as an investable asset class; and the concentration of high-paying jobs in a number of specific cities, particularly London and the south east.

This transformation has been as swift as it has been dramatic. In 2000, the median earner in the UK could afford to purchase the median-valued property. Even recently, the housing market was providing for those on middle incomes, while the government and the housing associations addressed the needs of those at the bottom of the income scale.

Since then, housing has been inflated out of the reach of the middle class. To buy the median-priced property in the UK in 2019, we estimate you would have to be in the top 35% of earners. Or to put it another way, to afford the median rent in the UK, you would have to work a near-90-hour week at the median wage. A recent study by Halifax, part of the Lloyds Banking Group, found that the majority of key workers can only afford to own a home in 8% of towns across the UK. These statistics point to a housing market that is broken, where government initiatives have contributed to the lack of affordability for the majority of households, and where a new way of thinking about housing provision is desperately needed. 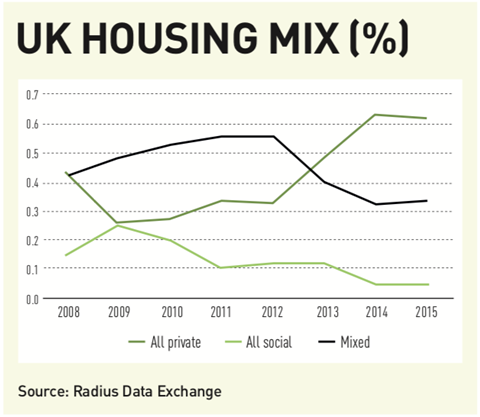 In 2018, the charity Crisis and the National Housing Federation commissioned Heriot-Watt University to undertake research into the state of the housing market in England. A key conclusion of their study was that England needs 150,000 more affordable homes per year for 15 years to meet the basic needs and aspirations of households. Based on the average annual affordable housing completion rate since the early 1990s, and an average cost per new affordable home of £160,000 (€184,000), we estimate a total capital shortfall of £240bn. The problem is now too big for government to address through fiscal or policy interventions alone.

We believe that the answer lies in mixed-tenure housing solutions, financed through public/private co-investment, whereby patient private capital and UK councils and housing associations together deliver high-quality affordable housing to those earning the median wage or below. Good quality, affordable homes should not be outside the reach of middle-income earners and we believe that one of the key chapters in the evolution of socially responsible capital ought to be addressing this glaring and invidious distortion of a basic human right.

Public-private partnerships do not have an unblemished history in the UK. Too often the constraints of public ownership were exchanged for profiteering and mismanagement by private companies. We must learn from the past and convince even the sceptical that capital is not always destructive, that investment returns and societal improvement are not mutually exclusive, and that private finance has a role to play in shaping the way we live.

To solve Britain’s housing crisis, we need to establish a new model of constructive capital working in partnership with the public sector. It is possible for a mutually beneficial balance to be struck, with private capital bringing to public housing the rigours of best practice and efficiency, while local councils oversee and regulate operations, ensuring that the worst excesses of the market are not permitted to creep into this model of socially responsible capital.

We call upon all housing associations, local councils, capital providers and housebuilders to use the reset button provided by these extraordinary times to fashion a housing market that works for all.