Residential Australia: Victim of its success?

The pace of growth prompted talk of a bubble. Andrew Schwartz explores whether Australian residential is too successful a story

Australian residential property has been in the ascendancy in recent years, experiencing strong price growth. This pace of growth, especially in the capital, has been such that some market commentators have expressed fears of a bubble and a subsequent correction – or even a crash.

While the froth is certainly coming off some of the market, there is no reason to expect a hard landing for Australian residential property as an asset class.

The sector has outperformed other asset classes as highlighted by data from Russell Investments, which shows that residential property was the best-performing asset class between 2005 and 2015, with an annual return of 8%, versus 5.5% for Australian equities. This impressive performance has led to questions about whether these returns are sustainable.

Qualitas expects the sector to continue to experience positive growth, albeit at a slower rate than in prior years due to the following key elements of the Australian market.

Apartment developments have been popular, fuelled in part by strong demand from investors and a system that makes off-the-plan purchases more attractive to certain buyers. Property research firm CoreLogic has calculated that at least 231,000 apartments are due to be settled in the coming two years.

Looking at apartment development volumes in Asia, Europe and the US, Australia is no different to any other first-tier global city in this respect. More unique to Australia is the government policy driving this trend.

This policy has been focused on two objectives: to increase the level of housing stock in the market (as traditionally Australia was considered to have a housing shortage); and preventing foreign capital pushing up the level of established pricing. 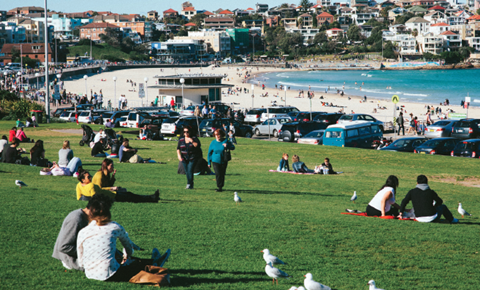 Thus, a foreign buyer cannot buy an established house – defined as an existing residential dwelling – but rather can purchase an off-the-plan apartment or a dwelling that has been constructed but never occupied.

The construction-finance market is predicated on the need for pre-sales by buyers at least equal to 100% of the construction loan raised by a developer, in order to commence the development.

This pre-sale coverage ratio has been a requirement of Australian banks for decades, and has led to a very prudent lending standard. It ensures that the risks of oversupply are lessened, due to the non-speculative nature of the sales. In addition, the buyers need to be diversified, as the banks limit any buyer from buying multiple apartments.

In the past year, Australian banks have stopped lending to foreign buyers with no Australian income, due to concerns about proving income sources offshore.

However, this will not have a major impact. Firstly, the banks have always looked to ensure that most pre-sales buyers are Australian residents – generally, a maximum of 30% (often much lower) of total sales can be made to foreign purchasers.

In addition, approximately one third of foreign buyers settle using their own cash.

So, even assuming all the remaining foreign purchasers fail to settle – which seems a very harsh assumption – the banks will have comfortable levels of security.

Taken together, these prudent lending standards suggest that banks are well protected from serious losses if developers fail to complete their developments or sell their stock.

And oversupply remains a limited risk. There could be a short period where there is some market excess, but overall, absorption rates will be strong, as evidenced by sales and settlements across good projects. In fact, Qualitas, Aqua development at Bondi Junction, Sydney, had a perfect settlement rate, with zero defaults.

Many of Qualitas’ investments are for projects conceived in 2014-15 – the ‘cranes in the sky’ we see right now. These 2014-15 projects have undergone a long gestation period – from land acquisition, architectural design, planning approval, securing pre-sales and, finally, obtaining finance. The Australian banks are continuing to finance well-structured transactions such as these ones, albeit at lower loan-to-value ratios than a year ago.

However, the number of new projects being conceived now – the 2016 vintage – has substantially reduced. This drop in new projects is due to many reasons, but mostly because site values have peaked, putting a strain on potential developments. Coupled with higher construction costs and longer project times, it is hard to make the numbers add up in the current environment, based on recent market site values.

Given that there will not be a drop in construction costs any time soon, potential new developments will remain challenged until there is confidence that apartment values will rise and support the higher-cost structures being encountered, or land values adjust accordingly.

Any excess apartment supply, if it exists, will be short-lived due to this lack of new projects. In fact, by 2020 prices will have risen, especially in Sydney and Melbourne, to support a new round of much-needed development projects.

Qualitas is positioning its investments in two ways to capitalise on this market thesis. Firstly, we are continuing to find solid, vintage 2014 and 2015 debt transactions that meet our stringent risk requirements. Secondly, we are acquiring physical real estate for re-purposing.

When Australia is through the short-term turmoil of the existing market dynamics, and the longer-term lack of supply is better understood, we will have acquired good property ready for development in 2020.

The current environment is also creating strong demand for debt financing, with the banks pulling back.