2
Build-to-rent takes off in Australia
Residential

Build-to-rent takes off in Australia 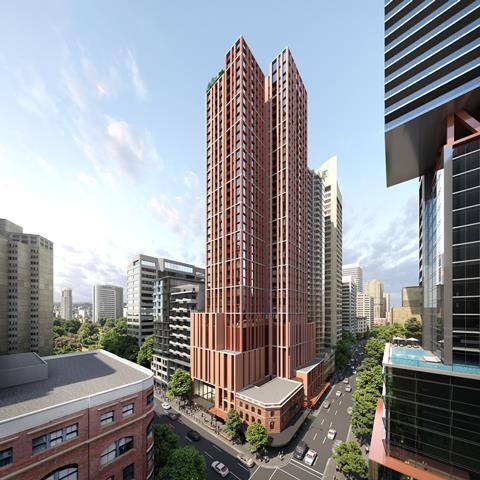 GIC is understood to be behind two Melbourne-based firms, Home and Qualitas, in their quest to be leaders in the sector. This is despite a perception that Australia is an unfriendly host to foreign investors in BTR projects.

The UK kick-started its BTR industry a decade ago with incentives through its Build to Rent fund and Private Rented Sector Guarantee Scheme. Australia offers no such carrots. BTR investors pay higher taxes and higher input costs than those in other commercial real estate.

Investors, however, are looking beyond these disadvantages and see an emerging market underpinned by a growing pool of renters priced out of traditional home ownership, an historically low residential rental vacancy rate in key population centres and post-COVID-19 resumption of skilled-worker migration.

Australia has some 28,000 BTR apartments on the drawing board, in various stages of planning or under construction. Most BTR projects are being built in Sydney, Melbourne and Brisbane, which are home to 70% of Australia’s population.

According to E&Y, institutional BTR could comprise around 5% of the residential rental pool in Australia within a decade. This would translate to more than 175,000 dwellings valued at A$100bn (€68bn).

Tim Johansen, Qualitas global head of capital, says: “In the last two years, commencement of apartments has slowed considerably. We are heading into a significant shortfall in housing in 2023 and 2024. That is why there is very strong interest in BTR. The government should be trying to help the industry get some of these projects under way – and make them more feasible with further tax review. It would be helpful if the government could create a more level playing field for BTR investors. If you look at other countries, and particularly the UK, the government has really supported the commencement of BTR through some very significant tax breaks for developers.”

Johansen says there is significant foreign capital looking at the Australian BTR sector and projects. To attract more foreign support for the sector, he hopes the government will restructure existing tax imposts, such as a management investment trust (MIT) withholding tax, to put BTR investors on the same footing as those in other commercial real estate fund investments.

The 30% MIT tax is one of two key issues. The other is non-reimbursement of a goods and services tax (GST), which effectively means a 10% extra input cost.

In 2017, when interest in BTR was stirring, the Federal government legislated to prevent MITs from investing in residential real estate. MITs are the standard structure for foreign real estate investment in Australia, and they attract a concessional withholding tax rate of 15%.

Developers of commercial projects, including purpose-built student accommodation, are reimbursed for GST tax. But this does not apply to BTR developers.

“My view is there could be some social benefit for tax offsets for government support of BTR projects,” says Johansen. “In terms of planning, for example, certain projects could include a component of affordable and social housing as an offset for the tax break.”

Last year, Oxford Properties and Investa set up BTR platform, Indi, to build a portfolio of 5,000 units in Australia. James Greener, fund manager at Indi, says: “As a relatively new sector in Australia, we talk frequently with our peers… and work with industry bodies to encourage state and federal governments to look at issues facing the sector.”

The industry has been chiselling away with some success at state level. Victoria and New South Wales (NSW) – the two most populous states, and therefore facing more severe housing crises – have removed some impediments.

Greener says these states are experiencing real-time housing problems, with affordability issues worsening, a shrinking supply of new units and strong forecast of population growth. “BTR could and should be a very neat part-solution to release some of the pressure in the current housing system,” he says.

Both NSW and Victoria state governments have cut annual land tax. In NSW, BTR owners pay 1% instead of 4% on the value of their land, and the foreign investment charge has also been removed.

Greener says the state governments have made encouraging first moves, but it is time for the federal government to ensure the BTR sector is not unfairly penalised compared with similar sectors. MIT tax treatment and GST are obvious starting points.

Angela Buckley, BTR general manager at Mirvac, says: “Just like other new asset classes, we have to go on a journey to engage all levels of government and to get them to understand and appreciate BTR as an asset class.

“I am encouraged that a national parliamentary housing review released late in March has recommended that the federal government’s treasury relook at BTR as part of the solution to housing affordability.”

Interestingly, several large foreign investors say that while tax equality would be welcome, they are not deterred from investing in Australia, and are pressing on with plans to grow their pipelines. They say the expected return is sufficient to underwrite the viability of their BTR investments in Australia – but with the caveat that they can buy sites at competitive prices.

Johansen says: “BTR developers are always competing for sites with traditional build-to-sell developers. This results in relatively modest development margins when looking at the feasibility of a project upfront.”

It was for this reason that the American multifamily operator-owner Sentinel headed to Perth to acquire its first sites (see Sentinel spots an opportunity, right).

Some, like Blackstone, look for opportunities to convert existing property to BTR apartments. In May 2021, Blackstone bought the 21-storey Lotus Tower, in Brisbane’s inner-city suburb of Kangaroo Point, for A$100m, bolstering its current portfolio of two BTR development projects in Melbourne.

Around 2,000 BTR apartments have so far been completed in Australia, offering renters their first taste of institutionally-owned residential housing.

Johansen says: “I don’t think Australians will really appreciate living in BTR until we get a whole bunch of these buildings [completed] in the next 24 months.”

Qualitas has two BTR strategies. It is raising up to A$1bn to finance third-party BTR projects on the condition they achieve a 35% reduction in greenhouse gases compared with the national construction code. Qualitas has also raised a A$1.2bn fund, backed by a club of institutional investors with Melbourne developer Tim Gurner, to develop and operate a BTR platform targeting 5,000 apartments.

Sentinel and Mirvac are the first to deliver their offerings. With home advantage, Mirvac hit the ground running, opening its first BTR tower, LIV Indigo, in 2020, at Sydney Olympic Park, an inner-west suburb of Sydney. Mirvac has a pipeline of 2,200 apartments and, over the next five years, hopes to grow its portfolio to more than 5,000.

“We are delighted with the results and the feedback from our tenants,” says Buckley. Rental is typically 15% to 20% higher than for similar apartments in the Sydney Olympic Park precinct.

“We are seeing a growing pool of renters – some out of necessity and others by choice,” she says. “Australia’s population is growing and household formation will grow to between 12.6m and 13.2m by 2041 from 9.2m today. Our focus group [aged 20 to 39] is predicted to grow by 1.4m over that time.

“Renters are the fastest-growing household type, and overlaying this trend is the tight rental market. Vacancies are at a 16-year low, and affordability has worsened.”

Buckley adds that, post-pandemic, Australia will open its door to skilled migrants. Most of the 80,000-plus arrivals who land in Sydney or Melbourne each year typically rent.

Many Australians see renting as a stopgap to owning their own home. Mirvac’s in-house surveys show that around 70% of customers desire to own their own home. The reality, however, is that ownership is rapidly getting out of reach for renters. House prices have breached all previous records since 2020.

Some surveys show that it can take decades to save enough deposit to buy a house in certain suburbs in capital cities, especially in Sydney.

Of returns from BTR, Johansen says: “Investors understand that… profitability is relatively low upfront. The investors are long-term owners and the value of the investment will come from strong operational performance, including rental growth and cost management, and cap-rate compression, as institutional investors bid for these fully-operational assets.

“Using overseas markets as an example, BTR assets are highly sought after – very much like premium office buildings. Once completed and fully operational, they present as strong institutional-grade assets because of the diverse, stable cash flow. We expect demand for these completed assets will follow overseas markets such as the US and the UK.”