Proposals to head off the next UK commercial property crash by implementing a national debt database continue to generate debate. Russell Handy reports

It is two years since ‘A Vision for Real Estate Finance in the UK’ was drawn up by a cross-section of the UK’s real estate industry, led by the Investment Property Forum (IPF).

The intention was to help prevent the next – arguably inevitable – commercial real estate (CRE) crash from threatening the financial stability of the UK. Recommendations were made in May last year.

The group is motivated by its belief that a return to light-touch regulation typically coincides with the return of market over-exuberance. Putting a blueprint in place before the UK enters another downturn has been seen as paramount.

The vision’s aim is to give regulatory authorities the opportunity to judge the real estate lending market’s state of health – with the aim of reducing the risk of damage from a future crash.

Iain Thomas, head of finance in law firm DWF’s real estate team, says closer analysis is not a solution in itself. “I would suspect that banks are thinking that recording all this data is not going to prevent a correction in the market happen – but you may be able to spot trends,” he says.

The regulator would have access to a database of commercial real estate loans, enabling it to judge individual lender risk, as well as overall market risk.

Thomas says there are “many immediate issues” that would need to be overcome to implement the recommendation. “The first is ensuring compliance. A database is only as good as the data that it captures, so a way would need to be found to compel lenders to submit the relevant data each time a loan is made. This is likely to meet with strong resistance from banks.”

“If offshore and private lenders are also required to report, stronger incentives might be needed – for example, linking the ability to enforce a charge to compliance,” he says.

Data protection and confidentiality, as well as cost, are issues Thomas says will need to be overcome.

Cosmetatos, who accepts that the blueprint remains a “major project” with “many opportunities to get it wrong”, says a balance between confidentiality and transparency will need to be struck.

The database should, he says, seek to bring ‘big-data’ transparency to the market, not to make public the identities or features of individual assets, borrowers, lenders and loans. 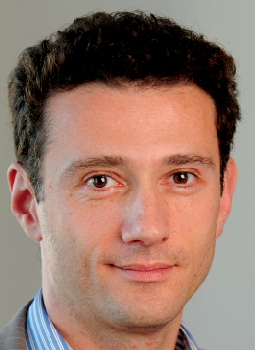 “Designing minimum aggregation rules to keep individual deals private won’t be rocket science, especially in a comprehensive, national CRE debt database,” Cosmetatos says. “Plainly, it will also be important to ensure that sound governance and appropriate controls are in place for the database manager. Ultimately, it’s potentially a big value enhancer for borrowers and lenders in the UK real estate sector.”

Thomas has also pointed to the issue of the cost of submitting historic data on live loans as well as submitting data on new loans. The cost of updating the database to reflect changes to loan terms during their lifetime and early prepayments is “likely to be extremely high”, Thomas wrote last year.

“This would inevitably be passed on to the borrower as a lending cost,” he argues.

Cosmetatos says the industry will “almost certainly” have to bear the cost of creating and operating a database. “It’s hard to see why the cost should be as daunting as some seem to fear, and it absolutely shouldn’t be a barrier,” he says. “After all, the cost must be set against the benefits that a well-designed database will unlock.”

Cosmetatos says the database would give the sector “greater investor confidence and liquidity”, as well as better-informed regulators and a more resilient financial system.

Such moves have been welcomed by the Bank of England which late last year said the majority of respondents to a discussion paper had supported – subject to costs – the recommendation of a loan-level database for the CRE market.

The bank said “initiatives to improve the availability of information in the SME and CRE lending markets would best be pursued separately”.

The paper recognised the broad consensus that “the main information problem in the CRE market was that lenders and regulators need more data to understand the market and assess lending risks better”.

Objectives of A Vision for Real Estate Finance in the UK

The group has approached these objectives from a number of angles, and its different work streams have developed a number of provisional high-level recommendations.

The bank acknowledges the challenges, as well as the benefits, of a CRE loan database and confirms its intention to “engage closely with participants from the CRE industry, to ensure that the benefits of developing a CRE loan-level database outweigh the costs”.

At an institutional level, the report recommends homogenisation of regulatory capital rules across the commercial real estate lending industry (including insurers, pension funds and shadow banking organisations) and a move away from ‘slotting’ towards a regulatory capital regime more closely linked to a long-term measure of collateral value.

Cosmetatos and CREFC hope that more recommendations will be implemented in the UK.

European regulators, meanwhile, could follow the UK’s lead and extend transparency, liquidity and stability beyond the UK into Europe.

Cosmetatos says better big-data transparency around the commercial property debt market presents a “tremendous opportunity for UK banks and other lenders, as well as for debt investors, borrowers and ultimately financial stability and the economy as a whole”.

“We see this as a vital first step towards a more stable UK CRE debt market,” he says. “We hope the Bank of England and the Prudential Regulation Authority will build on it by working with the industry to implement the rest of the vision as well.