The EU’s ELTIF vehicle has been created for infrastructure investments. But Melville Rodrigues and Jeff Rupp ask whether property investors should take note

The EU Commission, Council and Parliament have agreed on the proposed regulation for the creation of a new authorised collective investment vehicle, the European Long-term Investment Fund (ELTIF). Although ELTIFs have been viewed sceptically by real estate investors, this agreement could present opportunities for fund managers and their investors. ELTIFs are aimed at encouraging long-term investment in asset classes that are too illiquid for use in existing fund structures such as UCITS. It is anticipated that the regulation will take effect later this year.

ELTIFs, which may be listed or unlisted, are closed-ended and subject to uniform rules on investment, diversification and concentration. The funds will be structured as Alternative Investment Funds (AIFs) under the EU Alternative Investment Fund Managers Directive (AIFMD), and are required to be managed by an authorised EU AIFM. However, under the proposed ELTIF regulation, ELTIFs may be marketed by an EU AIFM under an AIFMD marketing passport to both professional and retail investors in the EU, which is more permissive than under AIFMD (which provides for a marketing passport in respect of professional investors only).

When proposed, the ELTIF initiative focused on infrastructure. In fact, the proposed new vehicles seemed primarily aimed at channelling institutional capital investment into much-needed infrastructure projects, such as energy grids, high-speed rail and toll roads – shifting funding from the public to the private sector. At the same time, long-term investment was recognised as important for economic growth, stability and job creation. Corporate and smaller pension funds especially were seen as likely sources of capital for these investments that would be well suited to meeting their long-term liabilities.

The proposed regulation permits investment in residential and commercial real estate, but only where they are integral to, or an ancillary element of, a long-term investment project “that contributes to smart, sustainable and inclusive growth in Europe or the EU’s energy, regional and cohesion policies”. In addition, assets should be targeted to demonstrate a long-term commitment and, further, ELTIFs should not promote speculative investments in real assets. 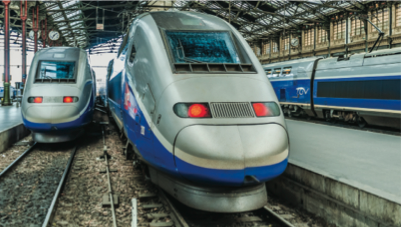 More guidance from the European Securities and Markets Authority (ESMA) – the EU’s supervisory authority – is needed, particularly regarding how a real estate investment’s contribution to smart, sustainable and inclusive growth in Europe or the EU’s energy, regional and cohesion policies should be assessed. Announcements on the exact sectors permitted or the standards to be used to determine an asset’s eligibility for investment by ELTIFs would also be welcome.

ELTIFs may well appeal to managers experienced in regeneration projects, as well as investors such as smaller pension schemes that ordinarily cannot commit to such projects given the large scale of commitments. In addition, investors with corporate social investment strategic goals may be attracted to the ELTIF social infrastructure focus.

The rules also allow retail investors to invest – although the scope to attract such investors is heavily restricted by a minimum investment threshold and suitability requirements. A retail investor with a portfolio of up to €500,000 must not invest an aggregate amount exceeding 10% of their portfolio in ELTIFs, subject to the initial minimum amount invested in one or more ELTIFs being not less than €10,000. Furthermore, the ELTIF manager or distributor needs to undertake suitability tests for retail investors and to provide investors with “appropriate investment advice”.

Fund managers should be aware that ELTIF structures and investment strategies are also affected by regulation. For example, a standard set of rules will apply to the ELTIF investment limits and narrowly prescribed redemption entitlements. At least 70% of capital must be invested in eligible assets, generally with a 10% maximum in any single investment, which in the case of real estate should have a value exceeding €10m. Borrowings are restricted to 30% of capital. Assets should be held as long-term investments, albeit up to 30% may be trading stock. ELTIFs may invest indirectly via other funds, although the investment in target funds is limited to 10% and an ELTIF may only acquire 25% of the shares of any fund.

ELTIFs will generally not redeem units or shares before the end of their lifecycle, although the ELTIFs’ rules or instrument may provide that units/shares are freely transferable. ELTIF shares may be listed on a regulated exchange to provide exits prior to the end of the life of the fund. Managers will also need to comply with rules relating to marketing – typically those applicable to a listed product – and transparency rules equivalent to those contained in AIFMD. ELTIFs will be marketed across European. ESMA will be issuing subscription, redemption and other more stringent requirements applicable to ELTIFs, which are marketed to retail investors.

Much of this detail is expected from ESMA within the next year. But the Commission has indicated that it will need to assess potential barriers that stand in the way of raising long-term capital across borders. Also the national tax authorities need to confirm the status of ELTIPFs – hopefully tax transparent or exempt.

Real estate fund managers should monitor this legislative progress, as ELTIFs may well be attractive to their investors looking for long-term investment returns generated by certain alternative sectors. 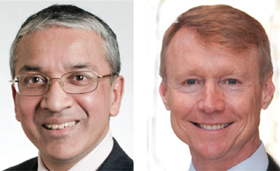 Melville Rodrigues is a partner at CMS Cameron McKenna, and Jeff Rupp is the director of public affairs at INREV