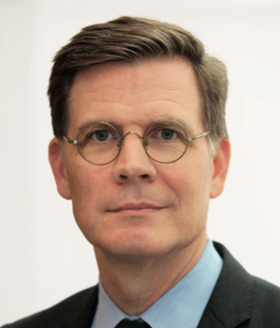 Gunnar Branson has taken over as CEO of AFIRE at a time of great change. He explains why now, more than ever, the institutional real estate industry needs to talk. Interview by Richard Lowe

The Association of Foreign Investors in Real Estate (AFIRE) reached its 30th anniversary in 2018. The organisation was set up in the late 1980s in response to the growing volume of foreign institutional capital targeting US real estate – first and foremost from Dutch investors.

In the same year, Jim Fetgatter, the long-standing CEO of AFIRE, stepped down after 26 years at the organisation. Filling his shoes today is Gunnar Branson, who had himself been chief executive of another trade body – the National Association of Real Estate Investment Managers (NAREIM) – since 2011.

For Branson, therefore, the new role does not represent completely uncharted waters. But it is a switching of sides – in simple terms, from a manager-centric organisation to an investor-centric one – and to a more global remit.

“With AFIRE you have a much more international group. It is explicitly so,” says Branson. “NAREIM is exclusively focused on the investment management community. AFIRE obviously is as much about the LPs [limited partners] – whether it’s pension plans or sovereign wealth, endowments, etcetera.”

It could certainly be a timely move, given how international real estate investing is becoming. “It is interesting to see how this group has evolved over the last 30 years, from a group of Dutch investors trying to figure out how best to invest in the US to a much more global platform – investors from not just all over Europe but all over the world who are making cross-border investments,” he says.

“Right now the institutional investing community is almost by definition international, wherever you are. The capital is coming from everywhere and the investors are going everywhere. It is much more of an international business than it ever was before.”

He talks of “being excited to be part of the conversation” at a time of great change – not least changes caused by technology, which have the potential to upend many traditional business models and approaches.

“Since the last recession, there has been a lot of change in the sector…as an association we need to be one of those places where people can work through issues  of change”

But asked what is top of the agenda, Branson thinks now is a time for reflection. “It’s probably too early to say, have I got an agenda as this point? We are taking some steps to reflect what AFIRE is, where it’s going, how the industry itself has changed and therefore how best to serve [it] as an association. What should be the conversation going forward?

“Especially since the last recession, there has been a lot of change in the sector… as an association we need to be one of those places where people can explore, understand, work through issues of change.”

One of AFIRE’s central roles is to lobby for favourable legislative and regulatory rules, with a view, according to its website, “to keep foreign investors in the US competitive with other global markets”. The Foreign Investment in Real Property Tax Act (FIRPTA), established in 1980, placing restrictions on overseas investors, has been its main target.

“That’s an evergreen issue,” Branson admits. “There have been some real steps forward taken in terms of how we deal with FIRPTA in the US, but there is also more confusion as well, as people figure out how that is implemented and how best to proceed.

“One way to look at tax is less of an issue and more of an ongoing concern that anyone who is engaged with cross-border investing has to contend with. I find it hard to imagine that there will not be a tax issue in the future. Associations like ours are areas where people can work through those and talk through them. But I don’t know if I’d talk about it as an issue or something that’s different to what it has been in the past.”

What is setting the near future apart from the past is technological change. “You are seeing an accelerating level of change around technology and its impact on the built environment – how our tenants are using our space and what kind of structures that they would gravitate to. I think that’s evolving,” Branson says.

“At the institutional level, people are trying to work out what is the impact of that on the value of real estate, but also on the operations. As you see more co-working schemes, you see shortening of lease structures. It adds a level of management that needs to be done or figured out. It’s not business as usual.”

He talks about new companies – such as WeWork and Airbnb – that are “creating lots of energy and excitement”, but are also causing a “ripple effect” on the economics of office buildings and risk for investors. “So much of what we have is built on this idea of relatively light management touch,” he says. “If someone leases up 10,000sqft for the next 20 years you kind of know what your income is going to look like over the next 20 years, barring some changes that might be.

“But if you are in the environment of shorter commitments and higher service demands, that requires a restructuring of how you approach this business. And it’s not to say it is no longer profitable – it is very much so – but does mean it is not business as usual. We need to rethink how we do things. And that is a process that is happening right now and people are working through.”

Then there is the rise of big data, and here the institutional real estate industry appears to be playing catch-up. Branson says: “Are we communicating to ourselves with the appropriate data and with the appropriate transparency of data about what’s going on at the asset level and what that impact is? Are we actually looking at the right metrics for what makes an asset valuable now and in the future? Is there another set of metrics that we have not considered as industry?”

Branson says the most telling sign that the real estate industry is taking data and technology seriously is that many investors and fund managers are beginning to invest in it. “So it’s not just that a venture capitalist thinks this is a good opportunity – it’s someone in real estate,” he says. “This may be a signal that this is a more mature approach by our industry – at least a more involved one, less passive.”

He adds: “My experience of the past three cycles has been that at the height there is a lot of new investing in technology, and then you have a recession and it starts over again… whatever technology groups that survive the recession they tend to become very big players in the next cycle.

“One of the reasons I’m excited to be a part of the conversation is that we are embracing a period of change in the real estate sector unlike anything I’ve experienced… we have fundamental change occurring at the asset level and at the capital level, which means all of us are having to rethink what we do and challenge our own assumptions.”

He adds: “We basically are all going to school. We are all learning. As an association that focuses on that kind of conversation, a place for reflection, a place for candour, a place for honesty with oneself and one’s colleagues, I think it’s a crucial place to be in a time of change.

“It becomes more important in a time of change to be able to check in with your colleagues to understand what is going on and to learn from the mistakes by ourselves and our colleagues, and to be able to speak about them openly and honestly. No time is it more important, I believe, than when we don’t know what is going to happen, where we have a lot of change happening.”

But, Branson observes, it can be exactly these sorts of times – of change and uncertainty – when people “instinctively do the opposite”. He says: “We tend to talk about enemies and people against each other and we have strange political environments and everything else.

“If anything, what we need right now is for people to come together to recognise we all have different opinions or views on how things should be or where they are going, but let’s learn from each other and let’s listen to each other.

“It is very practical and very useful in this point in the evolution of our industry,” he adds. “So I’m honoured to be part of that and hopefully to be helping to facilitate that conversation.”