Affordable housing Europe: Should investors be part of the solution?

2
Affordable housing US: A double-edged sword for investors
Real Estate

Affordable housing US: A double-edged sword for investors

During the COVID-19 rent moratorium in the US, institutional residential owners had to balance income protection with ESG considerations. Vanessa Drucker reports

As tenants struggled to make rent payments during COVID-19, the US government stepped in with a series of rent moratoriums designed to alleviate the financial pressure. Competing interests between landlords and tenants precluded an easy solution. Many tenants had severely diminished incomes; landlords, especially smaller operations, still had to meet their own obligations, such as mortgages and bills.

Investors faced another set of challenges, including weighing social compassion against economic realities. Those who act as fiduciaries for pension holders must uphold that primary focus, while allowing for community welfare and environment, social and governance (ESG) considerations. Antonio Marquez, Principal and managing partner of Comunidad Partners, says: “They must thread the needle, balancing between those priorities, and understand how to translate from community to investor needs.”

The main purpose behind the moratoriums was to prevent a wave of tenant evictions, which would cause both individual suffering and instability for the real estate industry. Now that the moratoriums are winding down, hindsight indicates that collections remained strong at around 95% throughout the pandemic. “The undercurrent story reveals that sensationalists were trying to make a mountain out of a molehill,” says Marquez.

David Schwartz, CEO and chairman of Waterton, notes that “eviction was not a big issue”. Pre-COVID, his firm was writing off about 1.5% in lost collections, which doubled to 3% during the pandemic.

Caroline Vary, senior managing director of asset management at Jonathon Rose Companies, reports about 1% in pre-COVID arrears, which doubled during the virus period. All told, the vast majority of tenants continued to prioritise rent and were also supported by the Emergency Renter Assistance Program (ERAP).

Congress had initially issued a federal moratorium in March 2020 as part of the CARES Act, the $2.2trn (€1.9trn) economic stimulus bill signed by President Donald Trump. After that particular moratorium expired on July 24, 2020, the Centers for Disease Control and Prevention (CDC) instituted its own moratorium, which was subsequently extended several times. Meanwhile, President Joseph Biden signed into law the $1.9trn American Rescue bill, which did not prolong the moratorium, but did add $30bn of funding for emergency rent relief. While the CDC kept providing extensions, on 26 August 2021, the Supreme Court struck down the last extension, which ended in October.

While the  federal moratoriums are over, local ones continue. Some, like in Austin and San Francisco, carry onerous requirements. In Michigan, Ohio and other mid-western states, court systems are backlogged, and there are many steps from filing to eviction. But there appears little further need for another moratorium, with only $10bn used so far, out of $47bn in emergency rent assistance funds.

The ERAP provided relief for tenants, with $25bn in emergency assistance, which could be tapped by applicants earning less than 80% of the area median income. They also needed to show one household member at risk of becoming homeless, or experiencing pandemic-related hardship.

Housing stability has become a global concern, as wage stagnation and rent inflation have been outpacing income for decades, with a widening gap between bottom and top earners. In the US, a deficit of seven million homes translates into a lack of available housing. COVID-19 exacerbated the difficulties for low-income tenants, who may not have the means to be mobile, look for better deals, or rely on their savings.

That said, from an ownership standpoint, multifamily has traditionally been a stable investment. Pamela West, managing director of impact investing at Nuveen, says: “People have to live somewhere. The industry was even surprised at how stable and durable the sector proved during COVID, and how tenants prioritised rent, even over healthcare, transportation and education.”

Schwartz agrees: “Evictions in professionally managed apartments are always an infinitesimal portion of total units in a portfolio. To the extent they must implement evictions, most landlords are doing so for the safety and welfare of the community. And most institutional owner-operators work through a laundry list of mitigation tools and walk renters through cumbersome processes.” Well before the moratorium, in fact, Schwartz’s Waterton had decided not to evict, and to follow guidelines given by the National Multifamily Housing Council.

“All our economic performance stems from residents,” Marquez says. Durable cash flows equate to an economic advantage. When residents are more resilien, they can afford to pay rent, they stay in their homes longer, revenues are sustained, and the bottom lines increase over time. Higher occupancy means less moving out, meaning fewer turnover costs.

The moratorium structure had shortfalls. Landlords could not apply on behalf of residents, who were required to sign the paperwork. And some residents were hesitant to apply, intimidated by misinformation that they might jeopardise their immigration status or food stamps. Schwartz and others have been disappointed at how slowly assistance flowed. He testified before Congress on September 10, 2021 regarding reforms to expedite support.

Vary, too, would have preferred more finely tuned requirements, rather than blanket protection to cover all circumstances. “Some of our residents could have applied for ERAP funding, but they were not communicative with us, so we couldn’t help.”

The stress on smaller landlords was another problem. West says: “We ourselves were covered by having a large portfolio, although parts of it were volatile.” She notes, however, the travails of smaller landlords.

These sometimes lost potentially excellent tenants who had been consigned to waiting lists amid the dearth of available housing. In other cases, if an occupant of subsidised housing dies or enters a nursing home, and their adult child moves in, HUD rules require the landlord to house the next person on the waiting list. “That meant we would lose our subsidy, and no one was paying rent,” Vary says. The government makes up the difference in subsidised housing if the tenant is paying a small amount. During the moratorium, landlords were losing both the renter’s payment and the subsidies.

Small landlords are under pressure to manage monthly expenses, and must make needed repairs, or mortgage payments. “For larger landlords like us, the financial impact could be absorbed,” Vary says. “But smaller landlords without deep pockets may struggle, relying on a handful of multifamily dwellings for their own paychecks or to supplement their income.”

As overdue rent bills mounted, some tenants fell back on sheer hope. As the pandemic months passed, they began to take heart that their rent deferment might be made permanent. West describes how “they followed the news and saw that the small business paycheck protection program [PPP] loans were being forgiven, as well as student loans.” They wondered whether they might enjoy similar forbearance. Besides, they knew that in unpopular COVID hotspots like New York, landlords could barely find new tenants to replace them. 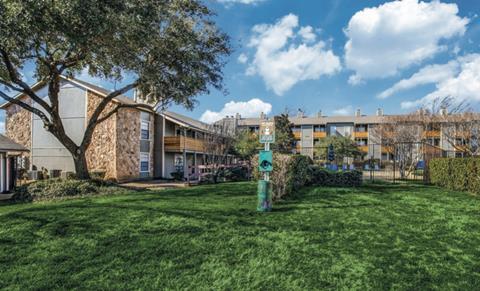 Yet such unwarranted optimism ended up harming those renters by upsetting their credit records. The moratorium encouraged risky behaviour among those who could not afford payments. “Back repayments accrued, affecting their credit scores, creating an eviction history, and leading to more housing instability,” Schwartz laments.

Misinformation, some induced by social media, led to a rude awakening. Vary says: “It’s hard to make up rent after a while. Once a household falls behind, it’s next to impossible.”

Schwartz adds: “The more draconian the regional or local moratoriums, the more resistance we saw. LA Country in particular gave us trouble, with significantly higher collection losses than other markets.” There, renters did not need to certify they had been affected by the pandemic, and suffered no penalty for late fees.

Eviction remains a final resort for owners and investment managers. However, with no recourse to that last-ditch remedy, other tenants may be unfairly affected. Occupants create safety issues in properties, such as smoking in non-smoking buildings, which can be disruptive and upsetting to their neighbours.

“It was disheartening to us to see people who took advantage,” West says. She quickly explains that some were simply frightened. “We knocked on doors, called, and sent emails, saying non-payment was not the problem – we just wanted to communicate. But for months it was hard to get people to talk.”

Many managers worked with residents to come up with repayment plans and to complete paperwork. Vary says: “We focused on communication. We didn’t want to see people lose their homes.” Her firm helped them apply for ERAP funds, which were available to offset losses.

Considerable extra administrative work for managers goes into handling non-payment; it was complicated and burdensome for residents to apply,” West says: “Our property managements offices and resident services coordinators tried to help them understand the process. But we needed their full cooperation.”

Yet there were glimmers of hope. While Nuveen was trying to provide tenants with a soft landing to catch up on payments, West also noticed that communities wanted to contribute to positive momentum. They supported charities and non-profits that were providing other services to affordable housing tenants. For example, some seniors in affordable housing needed free transportation, hot meals delivered, additional cleaning, or health and wellness services. “People pitched in more than usual,” West reports. COVID-19 had brought a new awareness of the affordable housing crisis.

Affordable housing Europe: Should investors be part of the solution?