4
Office UK: Back info hubs for an age of automation
Office

Office UK: Back info hubs for an age of automation

As more office jobs are automated, investors need to think about the sustainability of the cities they invest in. Chris Urwin and Sandip Bhalsod explain

With the shift to a service-based economy, the role of cities as hubs of interconnected, knowledge networks has become increasingly important. The most successful cities are those that have been able to act as a crucible of ideas, generating agglomeration effects through the sharing of information. In many cases, knowledge is most easily shared face-to-face. Cities can facilitate the sharing of this tacit knowledge.

However, not all cities are equally well equipped to drive growth of the knowledge-based economy. The geography of knowledge is not evenly spread. Historical concentrations of tacit knowledge and established knowledge networks give certain cities clear advantages. Size, density and good connectivity help, too.

It is more important than ever for real estate investors to be aware of these trends. The rise of knowledge-based industries will be key to growth and combine with technological change to reshape demand for office space.

According to Deloitte, 35% of UK jobs are at high risk from automation over the next two decades. A high proportion of these will be office-based jobs. But these will mostly be more routine, lower value-adding roles. The office demand from more knowledge-intensive, value-adding activities is likely to prove the most robust.

Office markets that compete primarily on cost are structurally challenged. The type of economic activity accommodated by offices in such locations are particularly at risk from automation. Office occupation for back-office operations or government administration is likely to diminish over time. These trends will affect some markets particularly hard, including smaller UK cities.

Long-term office investors would therefore be advised to favour locations where there are established clusters of high-value-add economic activities and deep pools of highly skilled labour. It seems appropriate to favour locations where there is a concentration of knowledge-intensive, private-sector jobs. Generally, cities where highly skilled workers want to live and work are likely to be more in demand.

In an era of globalisation, cities that are able to attract and retain highly skilled workers will be further advantaged if they have an international profile and are globally connected. Manchester, Birmingham and Cambridge meet these criteria and, to varying degrees, also benefit from forward-thinking policy makers and significant infrastructure investment. 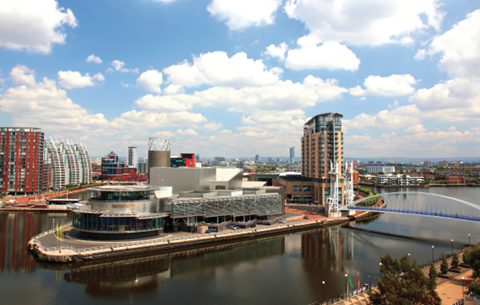 Manchester has the deepest pool of highly skilled labour outside of London. It is home to top-rated universities and boasts impressive graduate retention rates. It is an internationally recognised city that successfully competes for inward investment at a European level. Manchester airport connects the city to US, European and Chinese cities, while the local economy benefits from the improved transport links offered by the recent extension to the Metrolink.

Policy-making has acted as a major enabler of economic development in recent years. In part reflecting the successful track record the boroughs of Greater Manchester have in working together, the city region will receive an extensive devolution deal. This bodes well for the city’s prospects.

Birmingham has added many jobs in knowledge-based industries in recent years, helped by a thriving city centre, the presence of the International Convention Centre and a strengthening professional services sector, notably insurance and legal services. Furthermore, if the high-speed rail network is built, the journey time to London could drop to 49 minutes from the current 90 minutes.

Cambridge is a globally recognised pharmaceutical and biotech hub. Over the past 40 years a thriving technology cluster has evolved, made up of 4,300 knowledge-intensive businesses, The University of Cambridge and a number of specialised research institutions. These businesses employ 58,000 people and have a combined turnover of £11bn (€12.7bn). Some of the world’s largest and most important corporations have established operations in Cambridge to tap into this innovative ecosystem.

These credentials mean we have more confidence in the long-term robustness of demand for office space than we have in the majority of other office markets. Clearly, though, investors need to consider demand and supply factors. On the supply side, cities with structurally high levels of supply are to be avoided. Instead, investors should favour cities with high barriers to entry. Markets where there are limits to the pace and the extent of future development are more likely to generate rental growth in the long run. So cities that have a dense, well-established core should achieve stronger rental growth than markets where an out-of-town market competes directly with the city centre market.

Focusing on cities where highly skilled people want to live and work, and where supply-side risks are constrained, should ensure investors are exposed to the most robust office markets. Strong outperformance will not come from simply being in the right cities.

Real estate is a local asset class in which access to information is a competitive advantage. Investors with the greatest city-level expertise and that are the most deeply embedded in markets are therefore in the best position to create value through asset management and by sourcing the most attractive buying and selling opportunities.