2
A sigh of relief from office landlords
Office

A sigh of relief from office landlords

The UK High Court has ruled that Brexit did not frustrate the European Medicines Agency’s lease with the Canary Wharf Group.

The European Medicines Agency (EMA), which has relocated to Amsterdam from the UK, is an obvious example of how Brexit can affect the London office market. The question of whether such cases will be limited or build into a ‘Brexodus’ is another matter.

But this example was particularly significant since the EMA sought to use Brexit as a reason to break the lease of its London office (pictured), owned by Canary Wharf Group (CWG). In a landmark case for the UK real estate sector, the High Court in London ruled this unjustifiable.

Under the lease for the agency’s headquarters in CWG’s large east London development, which runs until June 2039, the EMA is still liable to pay almost £500m (€575m) in rent and other costs, despite relocating to Amsterdam.

In his judgement in London’s High Court, Justice Marcus Smith said: “I conclude that the lease will not be frustrated on the withdrawal of the UK from the EU. This is neither a case of frustration by supervening illegality nor one of frustration of common purpose.”

He said the lease would not be discharged by frustration on the UK’s transition from EU member state to third country, nor did the EMA’s HQ shift to Amsterdam constitute a frustrating event. “The EMA remains obliged to perform its obligations under the lease,” Smith ruled.

The judge also ruled that in this case, any frustration would have been self-induced, given that it was the EU regulation passed in November 2018 that required the EMA to move out of London.

The case was brought by CWG, which in June asked for a declaration that Brexit was not a ’cause for frustration’ of the EMA’s rental contract for its current 10-floor premises at 25-30 Churchill Place. The agency had said the lease, signed in 2014 following a 2011 agreement, would need to be terminated early because it was moving to Amsterdam when the UK left the EU. 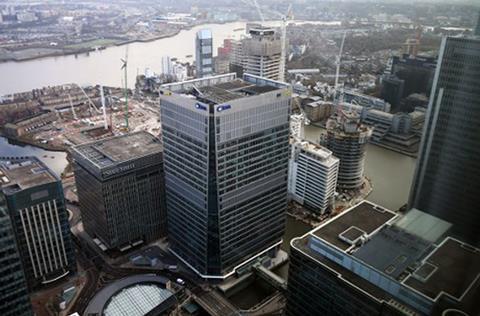 CWG chairman and chief executive George Iacobescu welcomed the decision. “We have always firmly believed that Brexit did not amount to a frustration of EMA’s lease,” he said. “We fulfil our contracts and expect other parties with whom we enter contracts to respect the law and their own obligations, particularly in the case where a party is created and backed by an international institution.”

If the EMA had been successful, he said it could have undermined fundamental principles of English law and set an unfortunate precedent.

A spokesman for the EMA said that under the guidance of its UK legal advisers, the agency would take time to study the judgement carefully, “its implications and the most appropriate way forward”.

He said the EMA believed the most appropriate way forward was a preliminary reference to the Court of Justice of the EU to get an authoritative interpretation on issues around the case.

“The agency respectfully reiterates that the correct interpretation of some fundamental issues of union law is utterly relevant to this litigation,” the spokesman said. “Further to the UK’s unilateral decision to withdraw from the European Union, the agency had no say and was not a party in the political and legislative process leading to the approval of Amsterdam as its new seat.”

The agency noted that the judgement confirmed the possibility for the EMA to sublet or assign the premises at the London HQ, subject to the landlord’s consent. “The agency continues to trust in the cooperation and goodwill of the [CWG] to find a mutually satisfactory solution before the end of March 2019,” the spokesman said.

CWG said the legal doctrine of frustration under English law applicable to contracts was rarely successful – and had never been successfully argued before the English Courts in relation to a lease.

Owen Talfan Davies, partner at European law firm Fieldfisher, described the case as thoroughly argued, and said: “Brexit may ultimately be the cause of some tenants being unable to comply with rental obligations under their leases, but it is not going to give rise to lawful grounds to avoid those obligations.”

Frances Richardson, head of real estate disputes at Linklaters, said the ruling had set the bar very high for parties looking to get out of leases under such conditions. “The result is reassuring for landlords who might have been concerned that the floodgates would open for other tenants to try to walk away from leases on Brexit Day,” she said.

“The ruling sends a clear message that the courts will carefully consider a number of factors when faced with Brexit frustration claims, including whether the parties could have included ‘Brexit clauses’ in their contracts when negotiating them.”

Parties looking for an ‘out’ due to Brexit would have to formulate claims very carefully to have a chance at success, she said.