Northern LGPS, a collaboration of three of the UK’s biggest public sector schemes, is exploring an expansion of its property investments.

The £47bn (€52.9bn) investment collaboration has already pooled infrastructure and private equity investments, and plans to extend this to property following the success of domestic direct investments made by its three member funds.

He highlighted the success of the Matrix Homes scheme, a housing project in Manchester that GMPF helped to finance, as an example of investments in local projects that were of interest to the three investors.

“Our stakeholders – the council taxpayers and the members themselves – would be happy if we can do more of that,” Cooney said. “It’s all prescriptive, in that we have to still make our rate of return, but it’s been very successful so we will widen that.”

GMPF has 42 directly held properties worth £1.1bn, including forward funding commitments, according to its 2018-19 annual report.

In the report, Brenda Warrington, chair of GMPF’s oversight committee, praised GMPF’s work on “harnessing the financial power and unique long-term outlook of pension funds to drive regeneration and investment in Greater Manchester and beyond”. 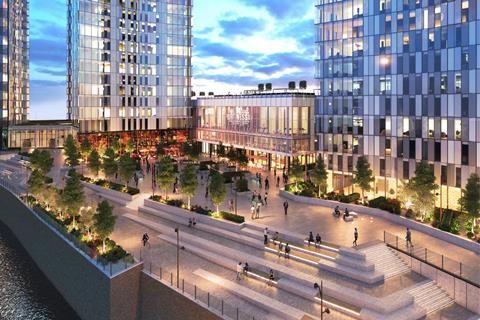 She highlighted the pension fund’s investment in the development of Manchester’s Deansgate Square, which was completed in November 2018 and includes the tallest building in England outside of London.

Warrington added: “We have also continued our work supporting the construction of a number of new housing and infrastructure developments across Greater Manchester, working through joint ventures, partnerships and finance opportunities with organisations such as Matrix Homes, Urban Splash, Select Property Group and Renaker.”

Between them, Northern LGPS’ three member funds have roughly £2.8bn invested in property through direct holdings and third-party managed funds.

West Yorkshire’s fledgling direct property strategy was worth roughly £7.3m, or 0.05% of its portfolio, as of 31 March 2019, according to its latest annual report. The pension fund intends to actively grow this allocation, which is separate from its £631m allocation to property funds run by third-party managers.

While GMPF, Merseyside and West Yorkshire have all supported the UK government’s drive for LGPS funds to pool their assets in an effort to increase efficiency and lower costs, a recent consultation on the asset pooling process caused concern among the Northern LGPS pool’s constituents.

In January, the UK’s Ministry of Housing, Communities and Local Government (MHCLG) issued a consultation on how pooling should be progressing. However, Cooney – who is also vice-chair of GMPF’s oversight committee – said the approach was “a bit narrow” and did not take into account the differences between the eight LGPS asset pools. 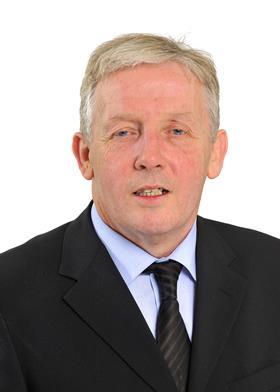 “There was a lot of duplication with some of what the new proposals were asking that we were already doing as a local authority,” he said. “The point was raised that a significant cost may be incurred with that duplication of work.

“We know pooling is a good exercise, and the way we’re doing it we think is on a very economical basis. It is cost effective, and producing the savings required, but we still have a responsibility to our members.”

Northern LGPS has backed collaborations on private equity – the Northern Private Equity Pool, launched last year – and infrastructure, through GLIL, which was set up by GMPF and the London Pensions Fund Authority in 2015.

However, GMPF, West Yorkshire and Merseyside all have significant in-house equity and fixed income management capabilities, run at relatively low cost. They have calculated that creating a regulated management company to pool these functions formally would cost £10-15m, far outweighing any benefits they may achieve.

Northern LGPS commissioned a report from KPMG and sought advice from Jonathan Coppell, an expert in public law, to emphasise to MHCLG the unique nature of its collaboration.

The LGPS pools are still waiting on a formal response to their feedback on the consultation, but with Brexit taking up most of the government’s time and resources it is unlikely to appear soon.