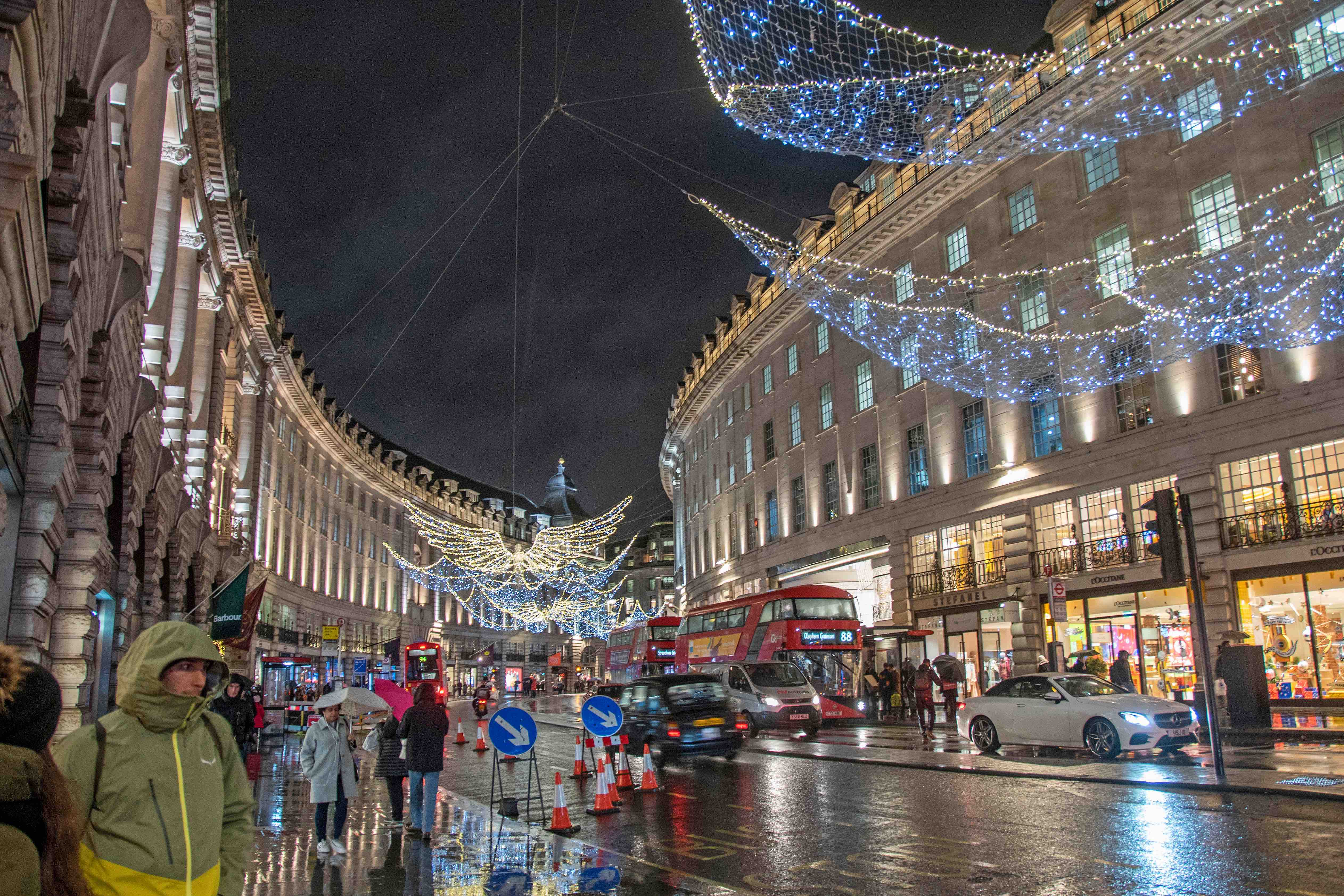 With the UK’s deadline to leave the EU just over three months away, all eyes on the UK real estate market and how it will behave when – or if – Brexit becomes a reality next year.

There is a general consensus that returns and capital values will weaken in 2019, but the degree to which is unknown. The uncertainty has pushed some investors into two distinct camps: those avoiding the market full stop, and others are preparing for opportunities that arise from the anticipated disruption.

The latest consensus forecast published by the Investment Property Forum (IPF) shows most investors expect, on average, returns to slow and capital values to move into negative territory.

According to IPF, the commercial real estate outlook for 2019 is weaker for most markets, with the exception of the industrial sector.

Total returns are expected to drop from 6.2% this year to 3% in 2019, while capital values will fall across all sectors – except for industrial where they will rise by 2.7%.

Capital Economics agrees and says a gradual upward movement in yields over the coming years is expected to result in returns slowing further.

“Despite this, neither us, nor the IPF Consensus, expect the commercial property sector to experience a hard landing,” the economic research consultancy says.

“Despite the risk of a no-deal Brexit, the central view of both us and the IPF Consensus is that the commercial property sector will experience a soft landing.”

In fact, even under a no-deal Brexit, Capital Economics expects values to only fall by between 5% and 9% over two years. 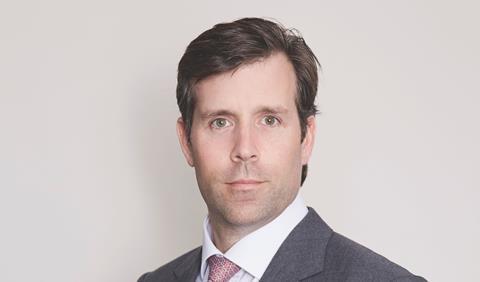 Alistair Calvert: Opportunities in logistics could arise as a result of a “disorderly Brexit”

This is substantially more optimistic than the Bank of England, which recently warned that capital values on commercial property could fall by 27% over five years under a “disruptive” Brexit and by 48% under a “disorderly” departure.

Capital Economics notes that the central bank’s analysis was “based on worst-case assumptions designed to stress test the banking system”, rather than providing “plausible forecasts”.

No-go area or land of opportunity?

William Hardyment, a fund manager at Floreat Real Estate, says: “Brexit is creating uncertainty. Due to this, cyclical timing and structural changes in the market, we anticipate UK real estate to be stagnant in the first quarter of 2019.”

That aside, Hardyment says the London-headquartered investment firm sees value in the office sector, which is supported by the strong fundamentals of restricted supply and sustainable strong tenant demand.

“Brexit is causing an overselling of risk on good quality property where intensive asset management will be required, Hardyment says.

“Assets, supported by infrastructure and attractive amenities, that can adapt to evolving tenant requirements will deliver attractive returns, protect against cyclical slowdown and weather Brexit risks – in whichever form it may take.”

In the past couple of years following the vote, London has continued to see some major real estate investments. Office construction in the UK capital during the six months ended 30 September fell as completions hit a 14-year high, according to Deloitte Real Estate.

The Deloitte survey revealed that office space currently under construction in central London stood at 11.8m square feet, representing a 13% decline from six months ago but still above the long-term average of 10.5m square feet.

According to data compiled by CBRE, London continued to be a preferred channel for Asian investors this year, accounting for 26% of the region’s total outflows.

Singapore company City Developments Limited recently splashed out £385m for the 125 Old Broad Street after paying £183m for another London office, Aldgate House, the month before.

The group’s CIO Frank Khoo said at the time that City Developments had “confidence in the long-term fundamentals of London as a global financial hub with a robust office market”.

The confidence in the long-term fundamentals of London is also seen by some of the UK’s biggest landlords. M&G Real Estate continues to invest; it recently paid £115m for the Financial Times’s London headquarters. It also advised an Asian investor in the acquisition of a 50% stake in the Highcross shopping centre from UK REIT Hammerson for £236m.

Paul Crosbie, who manages M&G value-add real estate funds in the UK, thinks Brexit uncertainty is leading to “fundamentals being overlooked and [the] perceived risk overstated at times”.

He says: “This creates a unique opportunity to buy well located, good-quality assets that need attention – perhaps they have a gap in income, or require some capital expenditure.

By “enhancing the income profile of these assets”, Crosbie says M&G can “create value through clever asset management, effectively repositioning them to a grade-A, core-quality standard”.

Crosbie explains that after the referendum result in 2016, there was a short, sharp drop in pricing in capital markets. Core assets quickly recovered; non-core did not and this divergence has continued throughout the Brexit process.

According to Crosbie, fundamentals remain strong with robust levels of tenant demand, yet restricted supply of quality new space.

The M&G UK Enhanced Value Fund (UKEV), was launched early in 2018 to target mispriced assets and take advantage of the risk aversion created by the political uncertainty.

“Since launching the fund in the first quarter, we have assembled a diverse portfolio of well-located, income-producing assets with a geographic focus on London and the south, Crosbie says.

“These assets are well placed to ride through any further Brexit storm. Moreover, the fund is designed to take advantage of any further dislocation in pricing with a three-year investment window if a disorderly Brexit ensues.”

The E-REGI index – made up of nearly 300 regions in 32 European countries – puts London top for a second successive year, narrowly beating Paris.

LaSalle, however, says the index “offered evidence that London’s resilience in the run-up to the UK’s exit from the European Union was not mirrored by the rest of the UK”.

Gramercy Europe which invests across Europe excluded the UK market for its most recent fund and CEO Alistair Calvert says the company might do the same for its next fund.

Calvert, who led a management buyout of Gramercy Europe from Blackstone in October, says this was to avoid discussions with prospective investors becoming bogged down with debates about Brexit.

That said, Calvert believes opportunities in UK logistics could arise as a result of a “disorderly Brexit” that creates “inefficiencies” and “friction” in trade and the transport of goods.

This and the stockpiling of goods could increase the demand for logistics facilities, he says.

Ludo Mackenzie, the head of commercial property at Octopus Property, says: “While we continue to see wider market volatility as a result of the ongoing Brexit process, it remains our view that any repercussions cannot be generalised, and there will inevitably be some winners and some losers within the real estate sector.”

Mackenzie says Octopus, a specialist UK property lender, is seeing increased appetite from institutions, from pension funds and asset managers through to mainstream banks, looking to move away from direct lending but remain exposed to the favourable returns the sector has on offer via credit lines to specialist lenders.

“Some sectors, industries and geographies will undoubtedly be adversely impacted by Brexit, while others will potentially benefit,” he says. “We continue to see a shift in borrower appetite away from the high-street banks in favour of non-bank lenders, something that we don’t expect to change course in the foreseeable future.”