2
Analysis: Ain’t nothing going on but the rent
News

Analysis: Ain’t nothing going on but the rent

Today’s crisis is striking at the heart of the real estate rental income, an asset class renowned for its stable cash flows 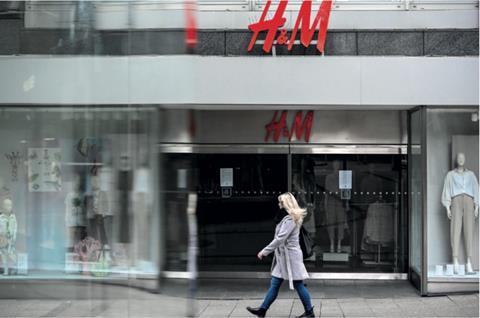 Consumer-facing businesses are in the firing line, and hospitality, retail and leisure have experienced the sharpest decline in sentiment and impact on operating performance. “The impact on non-food is far worse, even than during the financial crisis of 2009, when sales fell 2.9%,” says Patrick O’Brien, UK retail research director at GlobalData. “Clothing and footwear sales are forecast to be hit hardest, with sales down over 20% on 2019.”

Primark has reportedly refused to pay its next quarterly rent bill in the UK, while fast-fashion retailer H&M – always a bullish rent negotiator – has petitioned its UK landlords to allow it to exit its leases if sales do not recover following the pandemic. It has asked landlords to agree terms that would allow it to break the lease with one month’s notice “subject to trading conditions not returning to pre-COVID-19 levels” by 24 June 2020.

Rob Virdee, research analyst at Green Street Advisors, says landlords should expect further financial hits as the aftermath of the initial rent holidays being regulated or negotiated work through the system. “At the moment the next-best option to receiving rent is for a deferral, with the provision that it will be paid back over time,” he says. “Of course, the reality is that not all of those retailers will survive or be in a financial position to pay the owed monies back, so the landlord will have to adjust for a lower income.”

In reality this means that “damage limitation” is the goal. Virdee believes that the nature of this latest crisis should encourage more collaboration. “In the past a deferral would have come with the caveat that the tenant could be asked to vacate for an alternative tenant,” he says. “Now, it’s very unlikely that a new retailer will be found and so there is more onus on retailer and landlord to try and work in partnership in order for the business to survive, although inevitably there will be some opportunism among retailers.”

Retail and hospitality might be in the frontline for such opportunism. Klepierre, one of the largest listed retail property landlords in Europe, has had discussions with tenants and has already initiated stringent cost cuts to pass on service-charge savings to them. In addition, the group is reducing non-essential capital expenditures and non-staff operating expenses.

The Urban Land Institute recently published Reshaping Retail, looking at the issues around valuation and economic viability, and concluded that at “the heart of illiquidity is the current inability to price assets, an impasse that is the result of a complex set of inter-linked levers around projections for valuation and income, funding and sentiment”.

It points to two particular issues: a fundamental re-rating of the sector – although it is still too early to find a “landing point for pricing in the shakeout of too much space which may no longer be fit-for-purpose” – and an undermining of the rental base, which has “wiped out the ability to have a clear understanding of future income”.

Lisette van Doorn, CEO of ULI Europe, says: “If there is one positive from all this, it is that everyone is clearly in the same boat. The interests of retailers, landlords and investors are actually aligned and we need proper transparency in the system, because we know that stores are now showrooms and that their performance is not reflective of in-store sales.”

She also points out that lockdowns across the world have demonstrated that “retail is not dead” and that losing the ability to go out to the shops, bars and restaurants may be valued much more post-crisis.

“Shopping centres and high streets have a huge and valuable social impact, too, and this needs to be appreciated more,” she says. “A lot of very difficult conversations need to be had between the major players. While we have all seen the decline in retail real estate, previously the need has simply not been great enough to provoke proper structural change. The coronavirus crisis must be that catalyst.”

“The impact of the COVID-19 situation on asset valuations, which are normally due at quarter end, is yet unknown,” admits Sophie van Oosterom, CEO & CIO for EMEA at CBRE Global Investors. “Initially, pan-European valuers indicated to hold valuations until 31 March to enable them to gather as much transactional and operational market evidence as possible to underpin their valuations. It seems likely at this stage that the valuations will be issued against a material level of uncertainty.”

Van Oosterom continues: “This might lead to many property funds having to consider their policies with respect to their NAV statements. Many UK funds have already announced the suspension of the funds because of this uncertainty. Issuing or redeeming shares based on a fund NAV that is based on asset valuations with a material level of uncertainty, could create undesirable outcomes for existing or new investors.”

Virdee adds that the longer-term question is whether the cycle is V-shaped, rising as the crisis recedes, or whether behaviour patterns will change. “Will employers re-evaluate their offices after so many have worked from home? Will online shifts change buying processes?” he asks. “What we would hope to see is tenants and landlords working in their mutual best interests but we also have to be aware that there are some landlords who are in desperate need of the cash.”

Clearly, there will be a raft of tenants and landlords for whom this global crisis is a bridge too far. Conversely, if that unlocks an investment market that has been stuck for some time, then retail destinations  might finally be able to move forward on a new, more realistic platform.