US student housing: Tough to make the grade 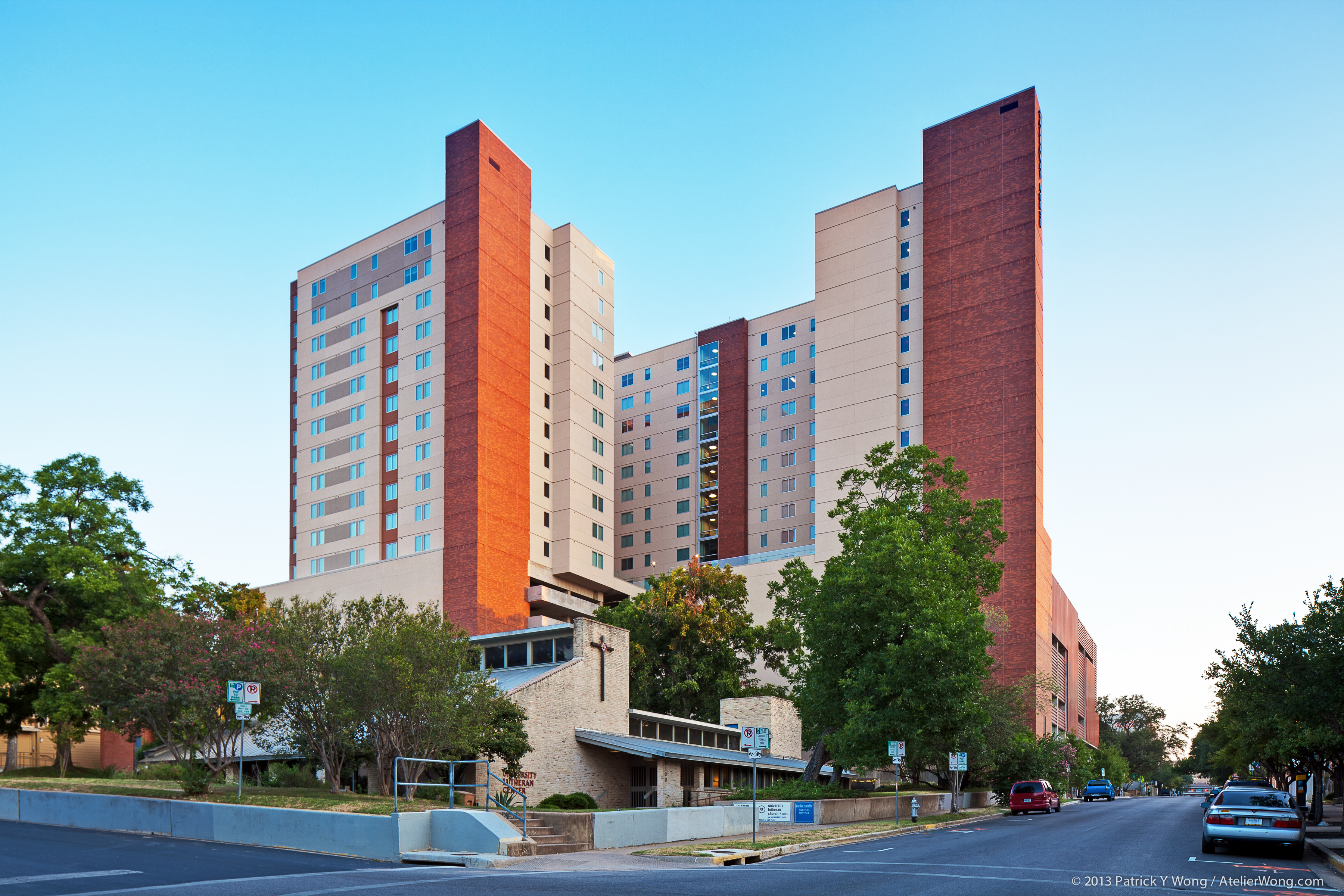 Opportunities in student housing are abundant, but a number of factors determine success or failure, says Stephanie Schwartz-Driver

Institutional investment in US student housing is growing as some investors reposition and others broaden the range of their investments. Student housing has been classed as a mainstream investment for the last decade and a half, but it is only recently that interest in the sector has really taken off.

This year, around 60,000 beds will come online in developments at 100 universities, according to figures from research firm Axiometrics. While this represents 5,000 more beds than in 2013, they are all in markets that did not receive new supply last year.

At the same time, the number of US students continues to grow – the National Center for Education Statistics estimates that US college enrolment will increase by around 2.3m students. Universities are struggling to provide housing – only around a third of students nationally are accommodated in universityowned housing, much of which is ageing stock.

“The biggest challenge in student housing is the management intensity”

The conventional wisdom is that three REITs dominate student housing: American Campus Communities, Campus Crest Communities, and EdR (formerly Education Realty Trust). But today, other institutional investors are building up student housing portfolios, and many are chasing the same opportunities. The market is fragmented and it is relatively difficult to build up scale in a short amount of time.

“For the last 10 months or so, the REITs have been out of acquisition mode, and this represents a good opportunity for institutional and private capital to fill the void,” says Ryan Lang, associate director of student housing at CBRE.

One investor seeking opportunities in student housing is Kayne Anderson, through its subsidiary Kayne Anderson Real Estate Advisors (KAREA). The firm has been an active investor since 2007. At the time, according to managing partner Al Rabil, “we were predicting a downturn in real estate markets. We predicted that capital would drop away but that the core business of housing students would not see a fall-off. And student housing, in fact, experienced an increase in demand but a reduction in capital after the 2008 crisis.”

Bill Bayless, CEO of American Campus Communities (ACC), agrees. “Student housing is a resilient real estate play that is not affected by macro trends,” he says.

Rabil does not bemoan increased interest in the investment type. “We continue to see opportunities but they are not as prevalent as they were five or six years ago,” he said. “It is not that the space is any less healthy – in fact, more capital seems interested, which means that in some ways it is healthier.”

Bayless maintains that “the student housing industry has largely been ignored by institutional capital for the last four decades”. Today, ACC sees two types of opportunities. “Colleges and universities realise that they need to modernise on-campus housing to recruit and retain students,” he says. “And there is also a need to modernise off-campus housing.”

ACC focuses on private ownership of housing at major public-land grant institutions, typically large, state-controlled universities. These are selective schools but are capital constrained because of their position as state institutions.

In this context, a core investment is defined as one within walking (or cycling) distance from the university, preferably a tier-one university (this ranking is based on size and research strength, and most of these universities also have high-profile sports programmes).

One of the keys to a successful student housing development is proximity to campus, says Lang.

But there are other essential attributes – premises should be in turnkey condition, with high specifications, including granite countertops and stainless steel appliances in the kitchens, bed-bath parity (bathroom for each student), a focus on security, and an array of communal amenities, including fitness centres, study rooms, computer labs, broadband connectivity, and even dining options on site. “Some of the clubhouses approach country-club quality,” says Rabil.

“One challenge for folks who are not intimate with the student housing market is that it is more than just sticks and bricks,” says Bayless. “You have to create properties that are conducive to academic achievement and that fit the culture of the university. People from the apartment sector who come in and build to a standard floor plan may find that the product may not fit.”

There are two types of acquisition targets: new developments with all the bells and whistles, or value-add in a great location requiring interior and/or exterior upgrades – the majority of investors are actively targeting these types of deals, says Lang. Geographically, the strongest growth is happening in Texas and the southeast, up to the Carolinas.

But the crucial element needed for success in student housing is having the right management. “The biggest key to success is having a really experienced management company, which has experience in the student space,” says Lang.

“The biggest challenge in student housing is the management intensity,” says Michael Orsak, senior vice-president of investment at Campus Advantage.

In fact, Campus Advantage began life as a company that provided third-party management to investors in the sector. In the early-2000s, says Orsak, when large institutional investors started looking at the student accommodation, they had to invest with owner-operators to get their management expertise.

The firm moved into investment through its relationship with Heitman, investing on behalf of the California State Teachers’ Retirement System (CalSTRS) – Campus Advantage entered into an equity commitment partnership with CalSTRS in late-2007 and has since entered into another joint venture with another large pension fund as well.

Their management capability sometimes can help them to source smart acquisitions. “The average age of our acquisitions this year is less than five years old, and most are less than two,” said Orsak, “and most were straight from the developers. But Campus Advantage will look at value-add opportunities only on a selective basis. “It needs to be a property or a market that we have a history with, such as one that we are managing for a client who is unwilling to invest the proper capital as their investment period has come to an end. This gives us the opportunity to make decisions and turn the property around quickly.”

Pre-leasing for autumn move-ins takes place in early spring, and 95% of student tenants rent from August to July. Success in pre-leasing is crucial, said Orsak. “There is lease-up risk. You have a limited window to fill up properly,” he says. “If you don’t make your mark, you will suffer for the next 12 months.”

Most student leases require parental guarantee, and parents are normally co-signers on the lease. In fact, notes Orsak, 75-95% of tenants have their rent paid by their parents.

There is also risk at the turnaround, since management has a two-week window to prepare most of the property, between one student cohort moving out and the new school year beginning. “These are very intense periods,” says Bayless. For an apartment operator, this is a shock.”

Rabil says: “This operational intensity is part of what makes student housing a niche sector.” KAREA does not have its own property management company but it does oversee the management.

It is possible, notes Orsak, to renovate with tenants in place. “If we want to renovate some units we will start marketing in January,” he says. “If the tenants renew, we’ll do the work while they are in residence and they do not pay the upgraded price until the lease turns over in the fall.”

This cycle also affects acquisitions. ‘The best time to acquire is right after school starts,” said Orsak, when properties are leased and management has a chance to get its feet on the ground before the active pre-leasing season begins.

Many firms active in student housing are looking for ways to broaden their investment opportunities.

KAREA has reduced the number of university markets that it is looking at from 75 to around 25 or 30 but, in turn, it has added a number of urban markets to its focus, broadening its outlook on development and product type. In urban markets, such as Minneapolis, Boston, Atlanta, or Chicago, developments may serve more than one university at a time, says Rabil. “We see a lot of opportunity in high barrier-to-entry markets. Many of these urban projects require a lot of vision, and they present execution issues. We want to create irreplaceable assets.”

He adds: “In some markets we have identified a gap in housing for young urban professionals who have good jobs but are not making a lot of money yet, but who want great housing. You can build something in close proximity to a university or university hospital, and if you build it in the right way you can attract both students and young professionals.”

ACC pioneered the privatisation of oncampus housing at Arizona State University, with a partnership that began in 2007 with an 85-year lease on some of the on-campus housing stock. Today at ASU, ACC owns 5,100 beds of on-campus housing, including the residential honours college. The firm built 2,200 beds of upper-class apartments, as well as freshmen residences and redeveloping an iconic 1960s residence hall.

“This is a national prototype,” said Bayless. “The university added more than 5,000 beds but did not use taxpayer dollars.”

Private universities are also interested in this model. ACC is working with Princeton University, in New Jersey, in partnership that started with graduate housing and is now extended to faculty and staff residences.