Retail Focus: Converging in the middle 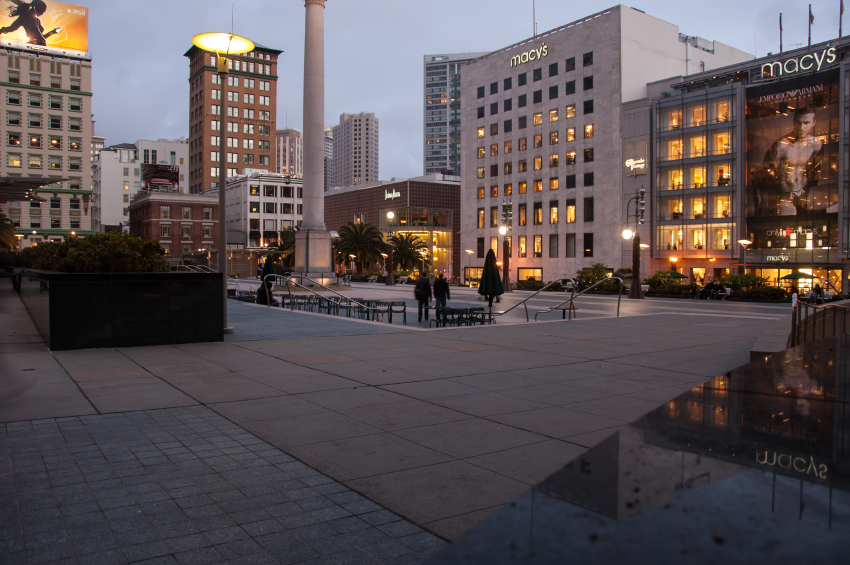 Bulletins announcing the death of bricks-and-mortar retail proved unfounded during the 2013 holiday shopping season. But the impact of e-commerce has not abated as developments in the US in the past year have demonstrated how it is transforming retailing and retail property investment opportunities.

In the 10 years to 2012, e-commerce retail sales increased by 15% per year, says Tim Wang, director and head of investment research at Clarion Partners. Since then the trend has gathered momentum, with e-commerce sales increasing 16% in 2012, and 17% in 2013, according to Nick Thompson, director of US equity strategies at Janus Capital. E-commerce data exclude automobiles, gas, and restaurant sales, Thompson notes.

Bricks-and-mortar retailers are adopting digital strategies, while e-tailers are moving into the physical world

For nimble investors, digitally-driven retail property opportunities abound. Retail property is the last of the four major property categories to benefit from the economic recovery. Construction and vacancy rates supported positive rent growth in shopping centres during 2013, and high-end retail sites continue to benefit from global affluence. Logistics and warehouse opportunities will continue to emerge, as retailers accelerate the pace and scope of e-commerce strategies to deliver more goods and services more quickly. And after years of Main Street [high street] retailers suffering ‘disruption’ at the hands of online stores dispatching cheap merchandise from warehouses in remote locations, a new chapter in the e-tailing battle has opened – a clash of the Titans as Amazon and Walmart compete for wealthy, urban customers.

However, it is important that property investors remember the opportunity is still about the real estate. “Retail property is always an assetspecific story,” says Eileen Marrinan, director of research for Grosvenor Americas. Investors must weigh four factors in retail property decisions: location, trade area, tenant mix and configuration.

After more than a decade of e-commerce growth “we’re seeing convergence”, Marrinan says. Bricks-and-mortar retailers are adopting digital strategies, while e-tailers are moving into the physical world so consumers can “try on or try out.”

In 2013, retail property began gaining traction as improving consumer spending, strong net-absorption and declining vacancy rates enabled positive rental growth in neighbourhood and community shopping centres, says Marrinan. Net-absorption increased steadily from 6m sqft in 2011 to 16m sqft in 2012 and 26m sqft in 2013. Over the same period, vacancies fell from 13% to 12%, while construction completion hovered at a moderate level of 8-8.5m sqft. Property owners are transforming malls into ‘lifestyle centres’ adapted to the e-commerce age – video rentals, travel agents and booksellers are out, replaced by personal services, entertainment venues, and food services.

Consumer credit increased in 2013 for the first time since the financial crisis. Wage growth will be needed to fuel broad-based consumer spending increases; for now, Marrinan adds, affluent consumers are seeing the best income growth, and that translates into sales in affluent areas and higher-end retailers. Grosvenor owns several grocery-drug anchored centres in several US markets, and is looking for properties in gateway markets, as well as certain areas including Houston, San Diego, Orange County and Seattle that offer “magnet attributes” for today’s 24-seven lifestyles, and thriving economies based on energy, technology and trade.

Class-A shopping malls with higher-end retail tenants command a premium valuation, says Thompson, with class-A malls at a 5% cap rate and class-B malls near a 7% cap rate. A small group of investors owns most of the blue-chip malls in the US, and there are high barriers to entry. “They’re typically not for sale, and they’re hard to replicate,” he adds. As a result, he says, demand for premium locations is very strong, giving owners a pricing opportunity and continued low vacancy. Class-A construction is expected to be just 0.5% of existing space between 2015 and 2018, compared with 1% for other commercial sectors.

Top-tier properties suit institutional investors needing to deploy capital in large tranches, says Marrinan. Grosvenor owns prime retail properties on Rodeo Drive in Los Angeles, North Michigan Avenue in Chicago, and Union Square in San Francisco. “They pencil out at total sales prices that hit our minimum investment level” of about $25m (€18m), she says. And often more – Grosvenor recently looked into a retail building on Union Square (they are not often on the market) at the going rate of about $2,500/sqft. The 40,000 sqft property would set Grosvenor’s client back about $100m.

As retailers pursue strategies that integrate shopping, delivery and service across physical and online channels, real estate operations in both retail and industrial property are adapting to the demands of e-commerce, says Wang. The synergy between the two sectors is creating new investment opportunities.

Wang describes the opportunity – big-box warehouses of at least 400,000 sqft, requiring robust power, lighting and mechanical systems, plenty of parking, and proximity to a seasonal labour force. And to accommodate high-bay racking, the new standard ceiling height is 36-feet. A recent study on large warehouse supply indicates that of about 90m sqft of vacant space available in the US, only about 40m sqft may be suitable for e-commerce use. Amazon, the leading user of e-commerce warehouse and fulfilment space, is adding 30m sqft of space in the US, doubling its capacity.

Wang says the need for faster delivery will sustain demand for large, state-of-the-art distribution facilities near major – and growing – economic centres. In logistics, many retailers separate e-commerce operations from traditional warehousing, Wang says, because the two processes are distinct – e-tail fulfilment requires each online order to be processed and shipped on receipt.

The rise of e-commerce has been a boon for industrial real estate. In general, says Wang, e-commerce firms do not acquire, develop or hold warehouses – they lease from organisations that develop and own the facilities. New buildings are typically built to suit the needs of retailers like Amazon, or logistics companies that lease space and services to smaller retailers. Clarion manages Lion Industrial Trust, an openend fund that invests in logistics facilities. The fund has been developing e-commerce facilities for Amazon at five sites, including Dallas, Seattle, and Southern California.

With $6.5bn industrial assets under management, Clarion is the second-largest industrial platform after Prologis. Prologis, a specialist in logistics, signed a deal in early 2013 with Amazon to build a 1m sqft fulfilment centre in a Prologis industrial park in California. The Amazon facility brought the park to full occupancy, with three distribution facilities totalling about 2.2m sqft.

“The growth of e-commerce is driving demand for large facilities, not only from our online retail customers, but with traditional brick-and-mortars also,” Scott Lamson, president, Northwest Region at Prologis Americas said at the time. Prologis leases distribution space to Amazon in eight markets globally.

Both companies are discovering that previous strategies based on big warehouses far away from costly city centres will not be enough to maintain leadership. It is bringing Walmart head to head with Amazon in a battle of convenience, selection and speed. With about 90% of sales still taking place in physical stores, retailers are moving fast to reduce total footprints, while reconfiguring store space and building digitallycontrolled logistics facilities to support rapid delivery and in-store pickup of goods ordered online.