Opinion: For real estate, there is now Brexit certainty 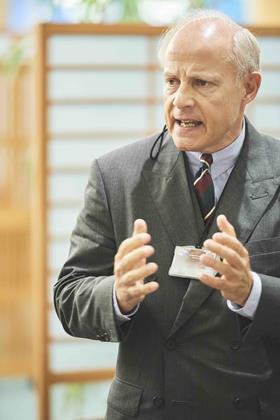 Michael MacBrien is director general of the European Property Federation

If you read certain press, you get an impression of ‘Brexit uncertainty’ due to dramatic end-game negotiations between the EU and the UK with a lot riding on ‘success’ or ‘failure’. The reality is that the difference between a successful outcome and a failed one is now small.

So it is for real estate. The only remaining question is whether there will be tariffs on construction products. For the rest, it’s over.

The freedom to provide real estate services with or without establishment is over, as it is for the recognition of professional qualifications, illustrated in the focus-enhancing European Commission Communication on readiness for Brexit of 9 July 2020 which states that, as of 1 January 2021, “UK nationals, irrespective of where they acquired their qualifications, and EU citizens with qualifications acquired in the UK will need to have them recognised in the relevant Member State on the basis of that country’s rules for third-country [non-EU] nationals and/or third-country qualifications”.

Real estate service providers will also be affected by EU treatment of their clients – for instance, valuers in their relations with banks. Banks will have the freedom to offer their services in only a very restricted number of fields, and even those only if and so long as the European Commission decides there is sufficient ‘equivalence’ between the way EU and UK banks are regulated in these specific areas. The Commission answers to no one on this and can end equivalence at any time, so there is no security. As the banks will be doing much less cross-border work, so will their valuation service providers.

Public procurement – in which all national and local administrations in the EU must open to bids from anywhere in the Union – will now be closed to UK property companies and professionals. The British government will be free to reserve tenders for its nationals as it had once tried to do for ‘English Partnerships’ brownfield redevelopment schemes, making EU legal history in the failed attempt.

The freedom to buy and sell real estate anywhere in the EU changes nature. This absolute and inalienable right for all EU citizens becomes a facility for third countries which, although enshrined in the EU Treaty, is peppered with loopholes. Though the loopholes apply to the free movement of capital in general, there is ominously specific mention of investment in real estate. I don’t see any threat to UK property investors on any time horizon. This power is more likely to be used against, for instance, increasing Chinese purchase of EU farming land and strategic assets including the real estate underpinning those assets.

None of this happened over the summer, or because of any ‘COVID confusion’. It is the tragically inevitable car crash of the EU’s level playing field concerns and the UK’s determination to escape satellite status.

Michael MacBrien is director general of the European Property Federation, adviser to TEGOVA and a founding partner of MacBrien Cuper Isnard European Affairs.