The rules around C-REITs have been broadened to include new regions and asset classes. Florence Chong reports

The focus remains firmly on what has been termed ‘infrastructure’, but the latest changes loosen the interpretation to include affordable housing, new and renewable energy and certain tourism assets. Logistics facilities, warehouses and industrial parks were permitted in the first round of listings.

Sigrid Zialcita, CEO of the Asia-Pacific Real Assets Association (APREA), says the pilot programme was restricted to the Beijing-Tianjin-Hubei region, the Yangtze River Delta, the Greater Bay Area, and Hainan Province. But these restrictions have now been lifted, and approved assets from all over China can seek to list.

Zialcita notes that the minimum requirement for an IPO has doubled from RMB500m (€66m) to RMB1bn. The listed vehicle will also be required to double the value of its IPO assets before it acquires new assets.

Crucially, the government has decided to streamline the approval process. The local branch of China’s National Development Reform Commission (NDRC) can now vet then submit all new C-REIT applications directly to the national government. China has reaffirmed that REIT sponsors must use 90% of net proceeds from an IPO for new-build projects – it was 80% in the previous guidelines.

Jeremy Ong, head of the Asia-Pacific REIT practice at Baker & McKenzie, says: “If you look at the changes in China, they are very specifically prescribed. You see that they are very particular about which asset classes they want to expand into. We know how China operates. It has clear five-year plans and targets. It wants affordable housing, and it can see the strategic benefits to its society of more affordable housing, more clean energy. It is not allowing coal energy – but wind, solar and nuclear energy are among the assets now listed.” 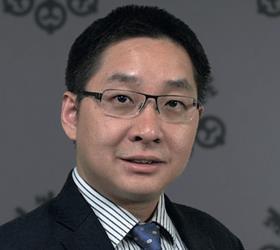 Robin Xu: “the bulk of investors were Chinese institutions, mainly insurance companies, attracted to the stable and high yields offered”

Ong says the C-REITs have been introduced to enable developers to recycle capital. “Similarly, with affordable housing, you’re allowing companies to list their assets and to use IPO proceeds to reinvest into more affordable housing,” he says.

Robin Xu, head of China industrials and infrastructure research at UBS, says: “Many Chinese SOEs [state-owned enterprises] have accumulated a lot of infrastructure assets through BOT [build-operate-transfer] and PPP [public-private partnership] and are effectively leveraging their balance sheets.”

Discussions around a C-REIT market began in China in 2005, but progress has been slow because of legislative and tax implications. Nine C-REITs – five in Shanghai and four in Shenzhen – debuted in June, collectively raising RMB30bn.

“This is just the start. China is keen to develop a REIT market,” says Xu. “Chinese authorities look at C-REITs as a way for infrastructure asset owners to exit and to reinvest back into the sector. The strategy is to stimulate investment in areas where Beijing wants more investment.”

Xu says the June listings were well received. The bulk of investors were Chinese institutions, mainly insurance companies, attracted to the stable and high yields offered – ranging from 4% to 11%.

Andrew Chan, managing director and head of valuation and advisory services for Greater China at Cushman and Wakefield, says: “Depending on whether the issuers retain a substantial portion of the units, institutional holdings take up 40-70% of units issued, and insurance companies are among the most active.”

He adds: “We understand that there have been hundreds of applications, and expect more C-REITs to be listed over the rest of the year.”

Pearly Yap, portfolio manager with Singapore-based Eastspring Investments, says access to Chinese REITs is limited. As of now, only domestic A-share investors can buy C-REITs. “C-REIT securities are not yet available on the Stock Connect trading platform, which is typically how international investors access Chinese A shares – though we expect C-REITs to enter Stock Connect sometime next year,” she says.

According to UBS research, China’s overall investable infrastructure market is about US$5trn (€4.3trn). “Chinese authorities place a high priority on bringing about social benefits in their policies, and have no intention of creating an asset price bubble,” says Yap. “If you look at the China REIT guidelines, PRC authorities are more specific than their international peers about which asset classes their REITs may invest in.”

Ong says: “My personal take is that the authorities will slowly liberalise the China REIT regime to include other asset classes by order of strategic importance. For example, the most recent expansion in June 2021 allows REITs to invest in energy infrastructure, affordable rental housing and nationally-significant tourist attractions.

“These additional asset classes have likely been thoroughly considered, having regard to China’s five-year plans. And applicants are subject to scrutiny from national and local authorities. The process for opening up the C-REIT market will likely be gradual and considered.”