The rise of populism has prompted calls for a remodelling of capitalism. Real assets investors need to respond by making significant changes themselves

Inclusive capitalism has become a hot topic; the G7 and the OECD have partnered with an initial group of 34 multinational firms to tackle inequality and promote diversity through the Business for Inclusive Growth (B4IG) initiative. Recently, the US business roundtable, an association of CEOs, backed redefining the purpose of a company to remove the primacy of shareholder value. That prompted a backlash, with some arguing that it undermines the clarity of duty to shareholders.

We disagree. There are genuine questions to be answered about the distribution of income and wealth. In the UK, just 33% of millennials enjoy the benefits of home ownership, compared with 60% of the baby-boomer generation at the same age. Capitalism needs to return to its ethical roots.

Strong, long-term financial performance, including for real assets, will incorporate a broader view of impact than has been true in the past. Ignoring it will create risks for investors.

Political risk is hard to define precisely because it is so diverse. Governments make the rules, have a key role in enforcing them, buy goods and services and are the ultimate custodians of a nation’s assets. The picture gets more complex with the increasing role of multinational institutions. As with most risks, while technically symmetrical, people tend to focus on the downside. Political risk – the scope for developments to alter investment returns – has always existed. But the rising prominence of populism has increased the scope for policy shifts to have a material and long-term impact on returns.

Populism comes in a number of different forms. It is often specific to particular countries and even regions within them. But there are some common themes. Populists identify an elite or a minority that they deem is exploiting the people. They commit to protect and advance the interests of the people. They envisage a strong, assertive state that overrides particular interest groups in prioritising the needs of the majority.

Populists have been gaining ground. The Timbro index calculates that the share of votes in European national elections won by ‘authoritarian populist’ parties has roughly doubled from 12% in 1990 to 23% so far in 2019. And whether you agree or not with his ideas, the Trump administration is unashamedly populist. Even where populist politicians do not have outright control, their ideas have often gained ground and influenced more mainstream political thinking.

Why is populism a particular concern? By definition, populists reject the status quo. They have little time for consensus building. That has some particular implications for investors. There is a greater risk of policies that might historically have been seen as radical, being promoted by politicians in a hurry to get things done. They are unlikely to be influenced by the traditional channels through which we have argued our clients’ interests.

In the UK, the opposition Labour Party has a policy agenda that is widely viewed as populist. Some of its policies, including utility nationalisation and interventions in the residential sector, would have particular implications for real assets. Less parochially, the dispute between the Trump administration and China over trade is the key global risk to economic growth in the near term.

How do we respond? The first tool many investors will reach for is one of the oldest –  diversification. By ensuring a spread of assets across different sectors and countries, investors can mitigate their exposure. But a deeper response is to conduct business in a way that will maximise the broader social impact of our investments.

If populism is about ‘us and them’, it is about turning us into them. This is not to suggest we mirror the priorities of populist politicians. But by changing the way we invest, we create a pool of advocates for our sector and underline the risks inherent in disrupting our investment into the built environment. 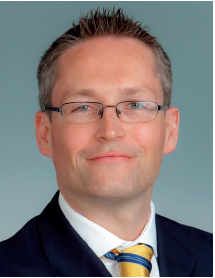 Rob Martin: “Social value creation is already the focus of much greater attention”

This needs to be about more than lip service and PR – there needs to be genuine change. We will need to adapt in ways that are unfamiliar and uncomfortable. How much more difficult will it be to introduce rent controls in the build-to-rent sector if we can demonstrate that rents have not been pushed as hard as the market would have borne to ensure they remain affordable? Or that office workers have been given the scope to influence the way their building is run, even where it is their landlord not their employer who is shouldering the cost? Of course, this must recognise commercial reality, but the pendulum needs to swing away from the transactional relationship that asset owners have frequently had with space users.

What would that mean in practice? One implication is a shift in human resources and skills – less focus on buying and selling of assets, and more on optimising existing assets across a range of dimensions. We should expect to bring in many more people with experience of service delivery in different industries.

This will reinforce an existing shift – in a modest return environment with high transaction costs, investment horizons have already lengthened. A focus on long-term sustainability, in the widest sense, will add further impetus. One superficially trivial, yet important, shift is to ensure that capital expenditure plans are modelled on extended time horizons. Expecting ‘green initiatives’ to pay back over five years, will be increasingly unrealistic. It also risks obscuring what may emerge as the more significant driver, which will be to maintain investment liquidity and reduce stranded asset risk.

Social value creation is already the focus of much greater attention. While measuring social value is inevitably imprecise, the approaches that have been developed do at least help asset owners to clarify where they can have impact. Here, the infrastructure sector is probably some way ahead of real estate. Given the monopolistic nature of a number of infrastructure sectors, investors there have had to engage with a range of stakeholders as part of ‘business as usual’ for many years. We need to move to the same place in real estate.

A great test of embedding this attitude will be to continually test ourselves with the question: what decisions are we making differently? For instance, how have assets been managed to reduce air pollution? Where have opportunities been identified to create employment opportunities for disadvantaged groups? What has been done to support local businesses? Ensuring that the users of our assets and those affected by them are fully involved in this process will magnify the benefits.

Bringing it back to where we started, maximising the positive impact of the assets we steward is a path to mitigating political risk. Ultimately, an emphasis on social value and engagement is not about ESG or corporate social responsibility or PR, for that matter. It is about what it always has been – maximising long-term risk-adjusted returns.

Rob Martin is director of research at LGIM Real Assets