Only 5% of investors have been reducing their property allocations, and closed-ended funds have taken over as the top choice of vehicle, according to IPE Real Estate’s latest survey

Concerns about the pricing of global real estate have been increasing, but investors seem to remain committed to the asset class. IPE Real Estate’s survey of institutional investors bears this out.

Only a third of investors have increased their target allocations to real estate over the past 18 months (figure 1). But when this is combined with the 62% maintaining their levels – and the small proportion (5%) moving to decrease – it shows that investors have continued to direct capital towards property markets.

A greater proportion (45%) opted for higher allocation targets in last year’s survey, but the ‘remained stable’ camp was smaller, at 43%. And the proportion of investors reducing their allocations was greater last year, at 12%.

The other results of the survey suggest little has changed in investors’ approach to real estate. This year’s numbers relating to geographic focus and investment strategies mirror those of 2015. But the survey does suggest an increase in popularity of closed-ended pooled funds, at the expense of direct investments.

Again, Europe proved overwhelmingly the most popular investment region at 91% (figure 3), with North America coming second, at 63% (note: respondents were able to select more than one answer). This is not surprising considering the make-up of survey respondents, with the majority being based in Europe – although it should be noted the second-biggest regional group was North American.

Figure 4 shows the popularity of individual markets. Not surprisingly, the four markets to gain more than 50% of votes were the UK, US, Germany and France.

This year, closed-ended funds (70%) overtook direct investments (63%) as the most popular investment vehicle (figure 5). The third most popular vehicle was the open-ended fund, suggesting continued support for non-listed funds. Next on the list were joint ventures (39%), another form of direct investing, followed by listed investments and REITs (35%).

As last year, it is clear that investors have identified value-added strategies as offering the best value in today’s market.

Figure 6 shows 71% selected this strategy as currently attractive. Core was second on the list at 64%, followed by opportunistic at 51%. 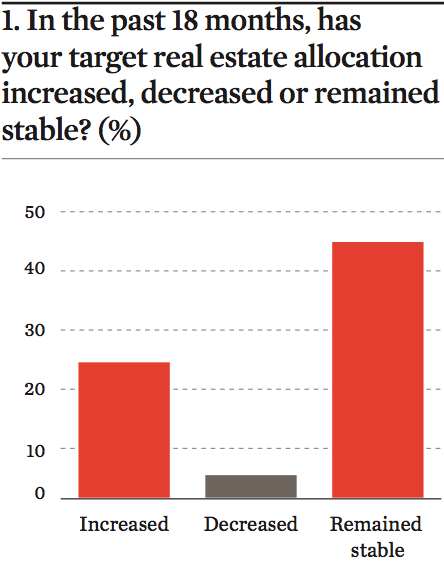 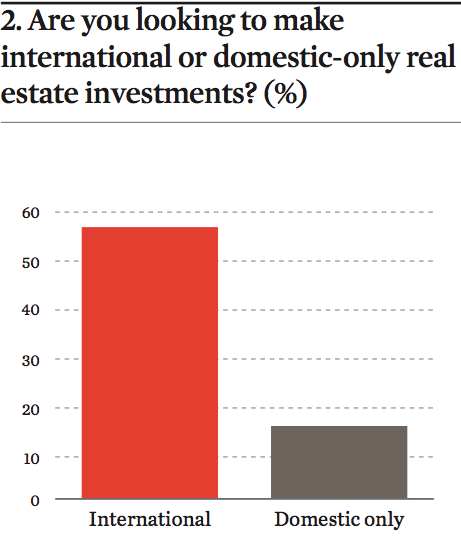 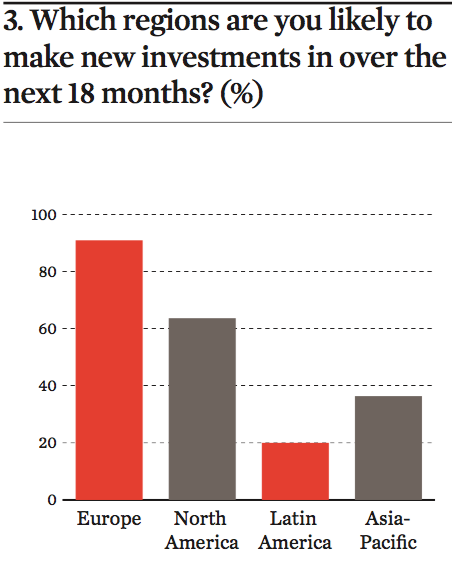 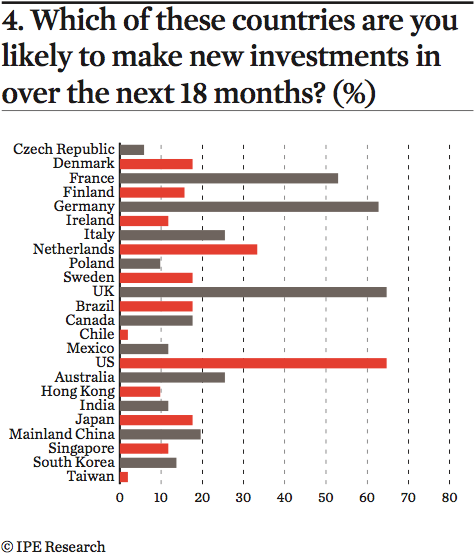 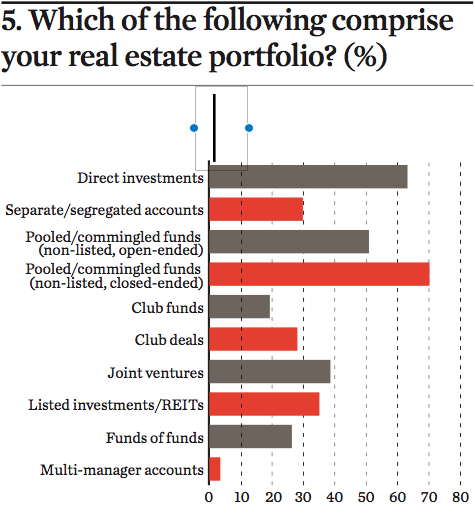 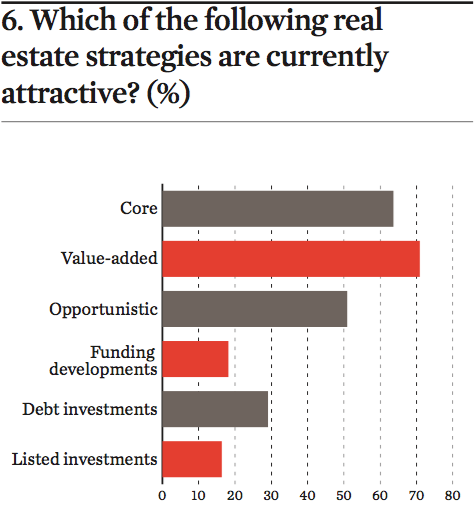