Despite some concern over interest rates, property allocations remain stable, while interest in developments, debt and REITs look to be on the rise, according to IPE Real Estate’s latest investor survey

The latest survey of institutional investors by IPE Real Estate suggests that most investors’ allocations to real estate have remained stable or increased during 2016 (figure 1). It is the same conclusion that has come up in previous years.

It supports the widely held notion that real estate is attracting institutional capital at a time of low-yielding bond markets and economic and political uncertainty.

A return to inflation could be changing the situation, with 17% of investors saying they expect interest-rate changes to affect their real estate allocations over the coming 18 months (figure 2). But that leaves a large majority anticipating no impact.

Again, Europe proved overwhelmingly the most popular investment region at 95% (figure 4), with North America coming in at second, at 53% (note: respondents were able to select more than one answer). This is not surprising given the make-up of survey respondents, with the majority being based in Europe – although it should be noted the second biggest regional group was North American.

There appears slightly more interest in development, debt and listed investments. All three categories are up on last year

As last year, it is clear that investors have identified value-added strategies as offering the best value. Figure 6 shows 74% selected this strategy as attractive, up from 71% in 2016. Core was second on the list at 56% (down from 64%), followed by opportunistic at 41% (down from 51%). The drop in core and opportunistic seems to have benefited more peripheral strategies. Funding developments (28%), debt investments (38%) and listed investments (28%) were all up – from 18.2%, 29% and 16%, respectively. 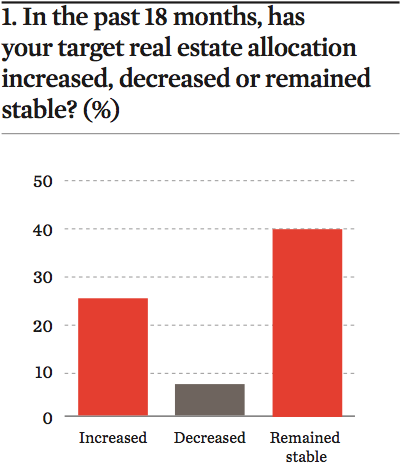 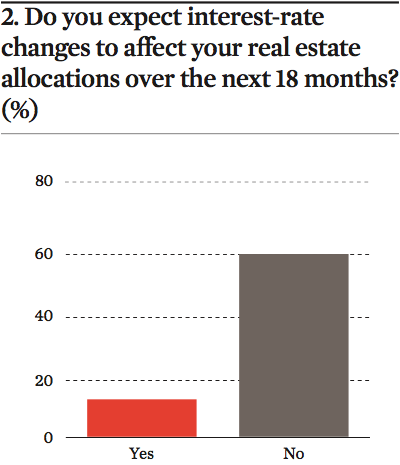 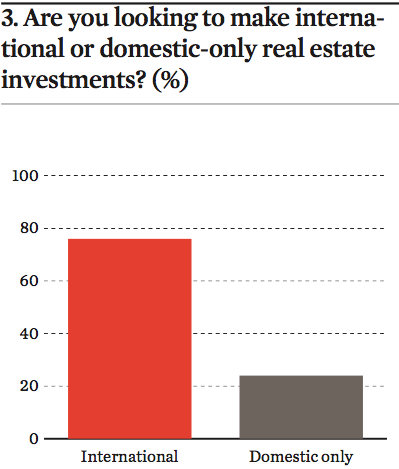 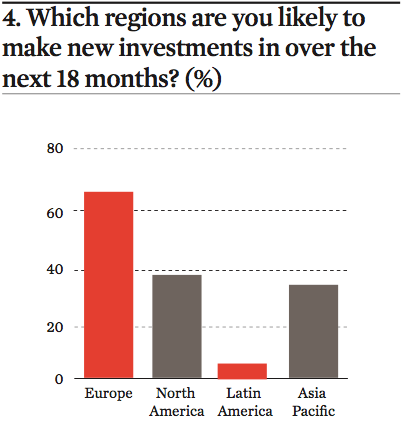 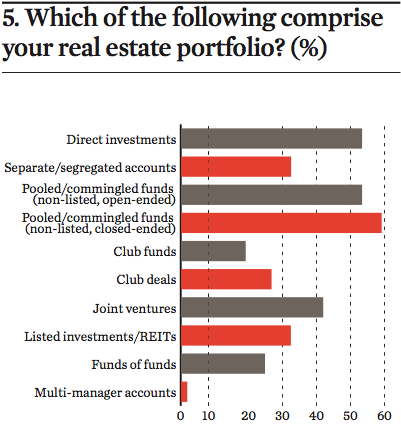 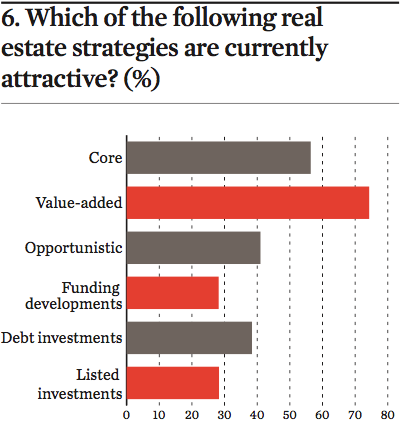