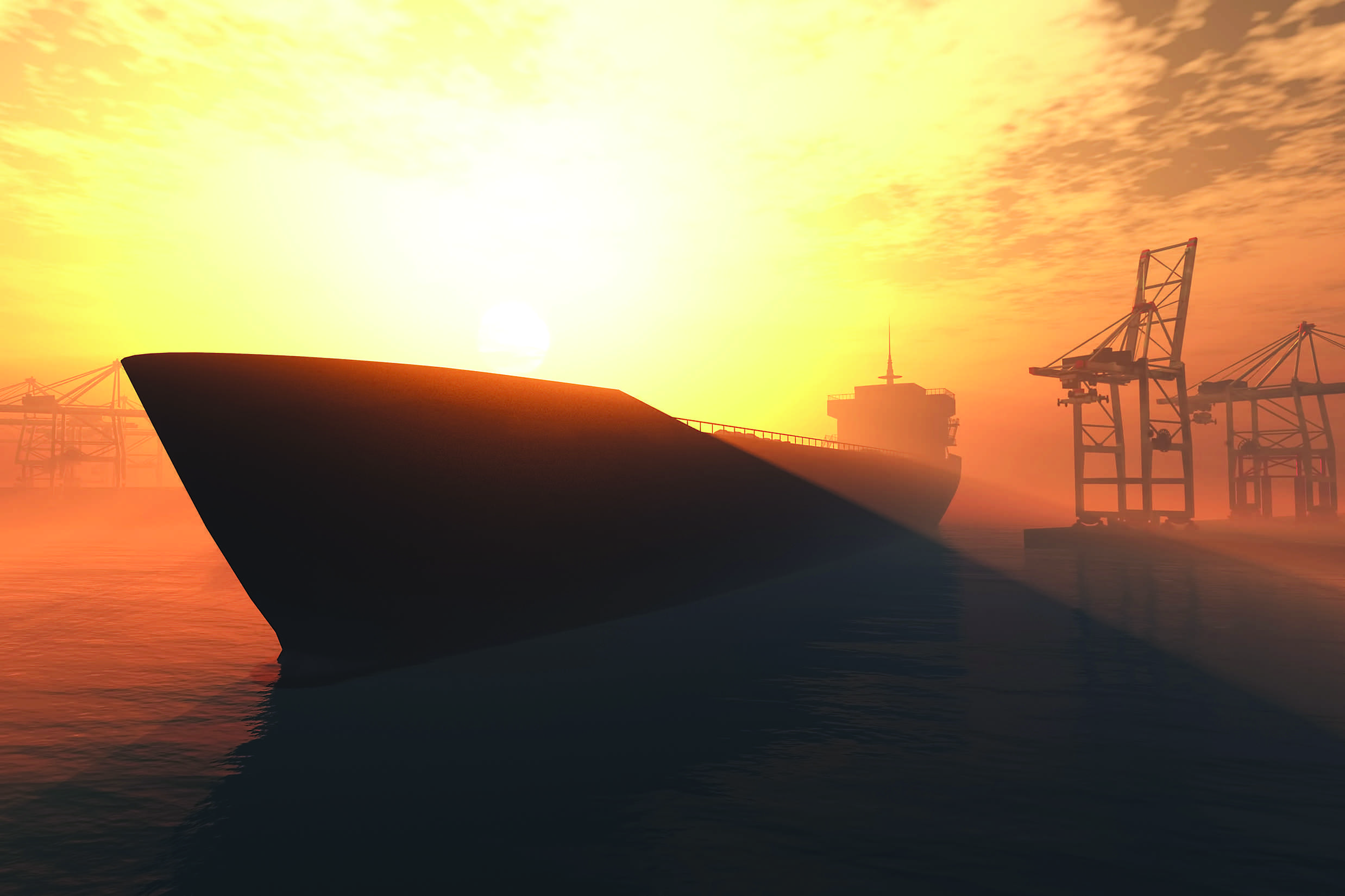 Listed property sectors may be a small part of the global market, but there is room for different strategies, as Stephanie Schwartz-Driver finds

The listed market may represent only a small proportion of the total commercial real estate market, but it’s attracting growing interest from investors and managers alike.

A recent analysis by Cohen & Steers found that 90% of commercial property of institutional quality are in private hands. However, the universe is growing, according to the report, which states: “We expect a continued transition of real estate into the public arena in the coming decades as listed real estate becomes an increasingly accepted asset class.”

The breadth of the listed universe “lends itself to active management”, says Pat Brophy, portfolio manager of the Janus Global Real Estate Strategy. “We are all looking around the world at the opportunity set and coming to different conclusions.”

“It is a really interesting time in global capital markets,” says Chip McKinley, senior vice-president and portfolio manager for global real estate securities portfolios at Cohen & Steers. “A number of countries are experiencing macro and/or property market transitions,” he says, listing Spain, the UK, Japan, and Sweden as countries on his watch list.

“We try to identify the most attractive markets and invest with conviction. In most countries there is something that is undervalued,” McKinley says.

Potential investors always note that the biggest disadvantage of listed real estate is its perceived volatility, because it is marked to market every day. But as Corrado Russo – managing director, investments, and global head of securities at Timbercreek Asset Management – points out: “That is volatility, not risk. From a risk perspective, listed real estate is less risky than direct, because you can get out when you want or need to. You may take a hit, but you can get out.”

“Our goal is to separate out the high-quality companies and not own the companies that create the volatility,” Russo says. “We focus on pure-play real estate on the common equity side.”

Timbercreek also adds in REIT preferred shares when they are trading inefficiently to common equity, as well as some private equity and debt to reduce the volatility even more. “Our goal is to create a product in the listed markets that behaves more like the private market, without sacrificing the benefits of the listed market,” Russo says. “We focus on very stable cash flow streams that have growth potential – and this can take you to different markets.”

While Timbercreek might shy away from developers, AMP Capital favours them at this point in the cycle, according to James Maydew, deputy head of global listed real estate at AMP Capital. “We invest in listed companies that have the capability to pull levers, depending on what part of the cycle they are in,” he says. “The current cycle is conducive to development in certain markets.” This includes entrepreneurial developers that have strong management teams and track records in core global markets.

Geographically, AMP Capital is interested in London, particularly West End office, as well as San Francisco office. And even Tokyo, where Maydew says “corporate expansion is driving rental and land value growth”. He adds: “But it’s not fully flowed through the landlords’ stock prices yet. We are seeing strong tenant demand, occupancy gains, and strong asset value growth.”

AMP Capital takes a bottom-up approach to capital allocations, with a focus on quality and risk. “In listed markets, we have the ability to nimbly move as and where the market requires and where the best risk-adjusted returns are,” Maydew says. “Unlike direct real estate, we don’t need to sell a building, which can be protracted, before we can buy in a market that is turning positive; we can action our buy and sell idea immediately.”

Janus also enjoys the “pretty broad parameters” of listed real estate, says Brophy. “If it’s listed and it’s real estate, we will look at it,” he says, noting that the firm prefers companies with significant land holdings. It runs a pure play on publicly traded real estate companies, including REITs or C Corps (separately taxed corporations) in both developed and emerging markets.

“When investing in listed real estate, the US is the biggest chunk,” Brophy says. “And the US has led the way in innovating in the REIT space, with non-traditional sectors like billboard REITs and healthcare REITs.”

Outside the US, Janus focuses on a non-REIT listed real estate play, since the REIT structure is still evolving in other parts of the world. In the US, REITs have transparent internal management but in Asia, for example, there is external management and more restrictions on what REITs can do. “When it comes to J-REITs, we are not thrilled with that structure, although we will dabble there based on research and valuation,” Brophy says. “They are a significant part of the real estate market in Japan, but C-Corps are more investor-friendly.”

One market Brophy likes now is Mexico, where he is “most encouraged by the opportunities there. The reform agenda has some teeth to it, and the outsourcing trend from Asia is for real.” The recent introduction of the FIBRA, a REIT structure, is a recent innovation that has made it much easier to get access to the property markets.

“The REIT structure has helped the depth and breadth of the listed markets,” says McKinley. “Most countries have REITs or REIT equivalents, but they are by no means a prerequisite for our interest.”

Bernhard Krieg, global real estate securities portfolio manager at Brookfield Investment Management, says: “We are mostly in interested in total rate of return, through dividends or appreciation. We’re relatively indifferent to whether it is a REIT or a listed company.”

Maydew says: “It is important to be as agnostic as possible about real estate securities. At certain points in the cycle, you will want exposure to different things.”

He adds: “Real estate is cyclical, with lower inter-regional correlations than global equities or global bonds. Therefore, the ability to efficiently move capital between global markets quickly is important. We like short-dated leases in a rising economic environment.”

With a view to taking advantage of cyclicality, AMP Capital likes hotels at the moment as rents are adjusted daily to the economic environment. When there is GDP growth, hotels efficiently price that growth through their daily room rates.

“Cycles are driven by local property market dynamics, driven by supply and demand,” he says. “The supply is easily identifiable – the demand is influenced by macro economic trends. In frontier markets, the cycles are steeper and shorter, driven by much stronger growth in the good times.” In frontier and emerging markets, similarly, lease terms tend to be shorter and the markets are driven by development, which makes them more volatile.

As a result, Krieg says, in such markets “we are not big believers in the 30-year story” – the idea you that if you hold an investment for 30 years, you will end up on top. He gave the example of India. “India, until recently, was very interesting, but a lot of growth has been taken forward and it is less exciting today.”

Brookfield likes the reduced competition in frontier and emerging markets. “One positive is that there is a less sophisticated local investment community in frontier markets,” Krieg says. “In the US, if there is any distress, lots of people are circling. Outside the prime markets, there are fewer opportunistic investors.”

Brookfield sees the big opportunities today in Eastern Europe. “There has already been a big resurgence of interest in southern Europe, and there are a number of vehicles to take advantage of some of these opportunities,” Krieg says. “But there are more attractive opportunities in Eastern Europe, and there has been no resurgence in activity in either listed or unlisted markets yet.” The firm is focused on office or retail properties with large multinationals holding long leases, which are showing high single-digit cap rates.

“Liquidity offers the ability to move to different geographies and sectors, depending on where we are in the cycle,” agrees Russo. “You can’t do that easily as a private real estate owner – you can miss the cycle altogether.”

These days, Timbercreek is intrigued by the recovery in the Japanese office market, as well as the restructuring play in Europe, particularly the Netherlands, France, and Belgium. In Germany, it sees a market “where you can get return without growth”. Russo says, thanks to the stable economy and high cap rates that can be financed by the all-time-low cost of debt.

The firm also identifies opportunities in the Australian REIT market. “It is still in the penalty box for what they did in the financial crisis, cutting dividends in half,” Russo says. “Today the companies have adjusted to the recurring income model, but investors have not given them credit for that yet.”