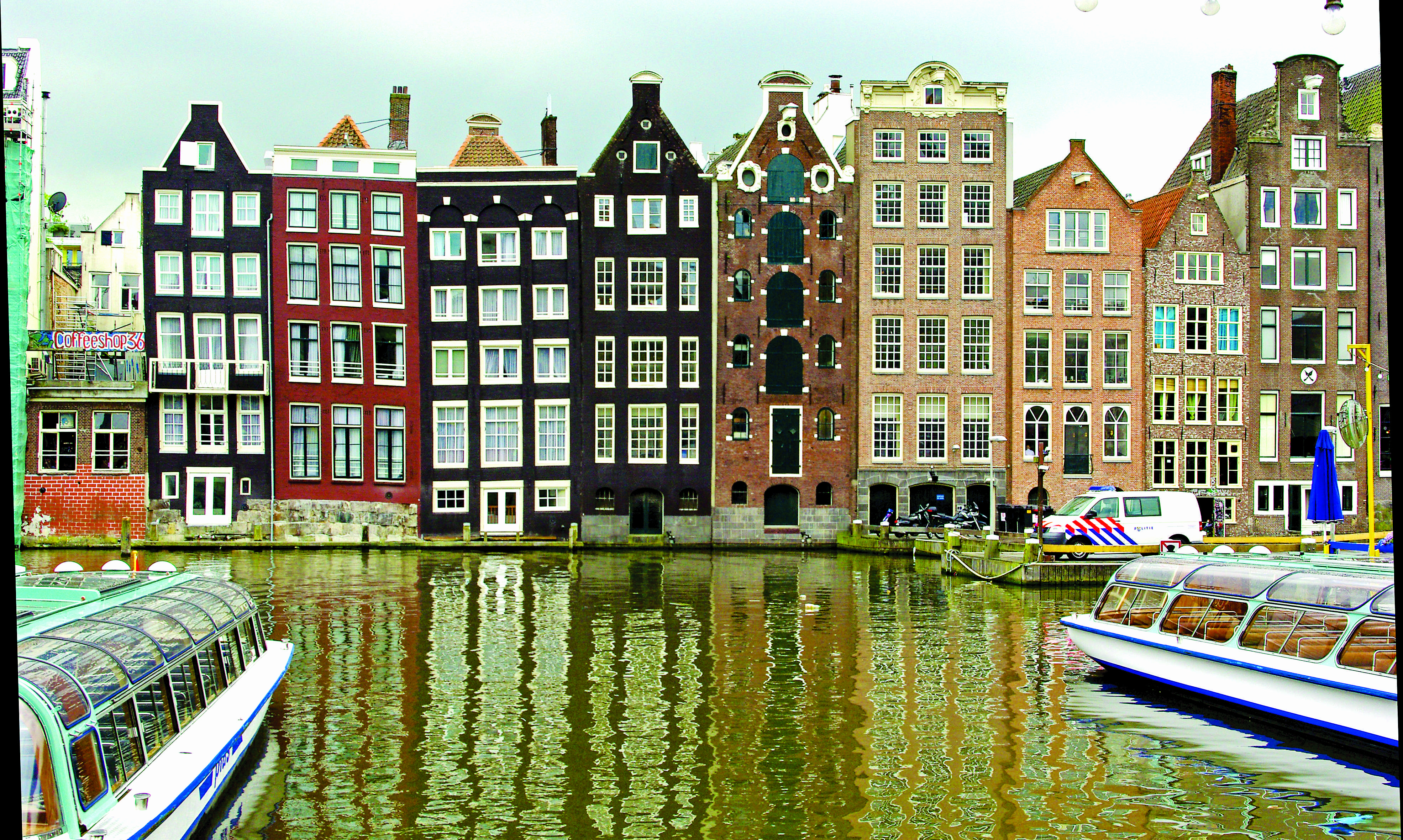 Dutch pension funds are some of the most active global investors. However, the recovering home market is prompting them to increase domestic exposure. Rachel Fixsen reports

Having weathered weakness in the domestic property market, Dutch pension funds are now looking for new opportunities as growth prospects in both the office and residential sectors brighten.

Traditionally big investors in property, some of the large internationally-oriented pension fund investors in the Netherlands have set their sights on attractive overseas real estate markets.

When Blue Sky Group bought a big stake in the CBRE Dutch Office Fund on the secondary market in June, it said it was taking an opportunity to gain more exposure to offices in the Netherlands at a time when parts of the market were bottoming out. The pensions investment manager, whose clients include the pension funds of KLM, Total, Alcatel Lucent and IBM Netherlands, is not committed to a specific level of domestic allocation within its overall real estate portfolio.

Marleen Bosma-Verhaegh, senior fund manager real estate at the group, says inflation hedging could be a reason to keep a domestic allocation high, although correlation with inflation has not proven itself during the last few years. “In the end, the allocation to markets is a relative risk-return decision to us,” she says. “At the moment we do see good opportunities again to invest domestically, so are investing here as well – this is purely from an investment point of view.”

The group’s investment management team sees real estate investment possibilities in the US, Europe and Asia. “Relatively speaking, we are more positive on the underlying fundamentals in the pan-Asian real estate market,” says Bosma-Verhaegh. “So we have proposed our clients [hold] a larger allocation to this region.”

Despite the return of growth to parts of the real estate markets, most Dutch pension funds kept their property allocations stable last year, observes Boris van der Gijp, director of strategy and research at Syntrus Achmea Real Estate & Finance. “The evidence for the recovery of the Dutch economy wasn’t strong enough at the point when they drew up their allocation plans,” he says.

In addition to this, a significant number of pension funds did not meet the government’s solvency requirements, which allows them to take on extra portfolio risk. “As a result, pension funds were more or less forced to hold on to their investment in bonds last year and were not allowed to shift allocation towards more real estate and shares,” Van der Gijp says.

However, new regulations now give pension funds without the required solvency a longer period in which to formally recover. “The clear recovery of the Dutch economy and a big expected improvement in results for real estate in general – and the Dutch residential market in particular – all suggest that pension funds will increase their real estate allocations at the expense of bonds,” he says.

Van der Gijp sees the Dutch residential market as the most interesting real estate market at the moment for core investments. Long-term market prospects look rosy because of significant economic growth and a structural shift away from home ownership towards renting, he says. Short-term factors, such as growing job certainty, political reform in favour of residential investors and a bottomed-out office market also point to a big improvement in investment prospects, he says.

APG, meanwhile, is keener to invest in its domestic market now that real estate prices appear to have reached their lowest point. A year ago, APG also favoured the CBRE Dutch Office Fund, increasing its exposure through the secondary market and, at the end of June, it increased its €1.05bn stake in non-listed residential property company Vesteda by €30m.

“We think there’s a rather favourable outlook for the residential market, particularly from a regulatory standpoint – there is more clarity on the ability to raise rents,” says Patrick Kanters, managing director of global real estate and infrastructure at the €343bn pensions asset manager.

Rent legislation in the regulated housing sector has been relaxed recently, allowing rents to rise faster in some cases, with tenant income now being taken into account when setting rents.

APG is also trying to capitalise on the absence of available financing for properties with higher loan-to-value (LTV) ratios, says Kanters. It has backed Pramerica Real Estate Investors’ PRECap V Netherlands debt fund, which plans to build a portfolio of junior debt and preferred equity investments.

Over the last few years, APG has also set up ventures with Pramerica to issue junior and mezzanine debt in the UK and Germany, Kanters says, taking advantage of the mismatch between supply and demand for debt, which he points out will be temporary. “Banks will move up the risk curve and start lending at higher LTVs, and then this opportunity will not be there,” he predicts.

But its increased investment in the Netherlands has not meant APG is any less active in different regions and sectors worldwide. “We have been very active in Europe, allocating to Grainger Partners’ GRIP residential venture in the UK and also to Delancey,” he says.

In December, APG joined with UK property developer Delancey to buy the Elephant & Castle Shopping Centre in the UK for £80m (€97m), with the aim of converting it into rental homes. “Urbanisation is a global theme we have been working hard to incorporate in our investment,” Kanters says.

Bouwinvest is continuing to build its real estate portfolio on behalf of the construction workers’ pension fund, and has much more capital to deploy before it reaches the fund’s 20% property allocation, with the aim of liability hedging.

The pension fund’s property allocation is split roughly two thirds domestic and a third international. Overall, Bouwinvest is aiming to invest about €1bn this year in real estate, half of it the Netherlands.

Bouwinvest has a three-year investment plan aimed at optimising its office and retail exposure in the Netherlands at the current relative level, while expanding the proportion of assets it invests in residential, healthcare and hotels.

“The Dutch market is at an attractive level, so we expect good returns for the coming years,” says Dick van Hal, chairman and CEO of Bouwinvest. “One sweet spot in the market is the Dutch residential sector. We are focusing our investments in that segment, but we are also expanding our international portfolio.”

Van Hal says there are a host of factors combining to make Dutch residential more attractive, citing the findings of a research paper put together by a group of Dutch housing investors earlier this year.

It said that, with house prices having fallen over the last five years and rents having risen, the Dutch residential market represents fair value, having been expensive before the financial crisis.

There is a polarisation taking place in the Dutch office market, with most quality buildings having already traded in the past two years, indicating that prime supply in the sector will become more limited, Van Hal observes. “With occupancy still above 90%, we still think there are good opportunities in retail if you can optimise your portfolio,” he says.

“Now, we need to add some more value-add and opportunistic investments to balance our international portfolio,” he says. “Some of the more high-risk strategies are coming to an end, and some of the markets are gaining momentum again, so it’s the right time to capture some of those opportunities.”

This means Bouwinvest is looking at more niche strategies such as UK healthcare and residential, mezzanine debt in Europe, senior housing in Japan and residential in China, he says.

PME, the €22bn pension fund for the metal and engineering sector, is reviewing its future strategic allocation to real estate. Now just above 6% of total AUM, its property allocation is expected to decline in the next 12 months to just above 5% as a result of distributions.

The pension fund sees plenty of positive factors at play internationally. “In the US, multi-family, retail and industrial investments are doing quite well,” a spokeswoman says, adding that offices there are in the early stages of recovery.

In Europe, a combination of positive market factors have made the UK and Germany quite expensive at the moment, she says, while most other countries are slowly getting out of the recession and some are starting to recover.

Syntrus Achmea is looking at those international markets that are often ignored by international-scale investors, says Van der Gijp, such as the retail markets in France and the US.

Selecting the right kind of retail in the right cities offers investors a really sound risk-return ratio, he says.