As the world’s largest investable real estate market, backed by ongoing strong economic growth, Asia-Pacific continues to be the hotbed for core funds. Industry sources in Asia say several groups, including Nuveen, Deutsche Asset Management and Blackstone, have either launched or completed fundraising for their Asia core funds.

Others, like AEW, are said to be mulling plans for a fund, but it can take time to get an Asian fund up and running. But Asia offers only a handful of established core funds. A relatively new index, set up by the Hong Kong-based industry body ANREV, lists just four: M&G Asia Property Fund, Morgan Stanley’s Prime Property Fund Asia, Invesco Real Estate Asia Core Fund and JP Morgan Asset Management’s Asia-Pacific Property Fund.

At the end of December, these funds collectively managed US$8.8bn of assets. M&G has the largest fund at US$3.7bn, followed by Invesco, (US$2.2bn), Morgan Stanley (US$1.8bn) and JP Morgan (US1.1bn), according to a source.

“Development of core funds has a long way to go in Asia before it becomes as big as this sector in the US or the UK,” says the source. Many of the core funds in the US are bigger than these vehicles combined.

ANREV launched the Pan Asia Open-End Diversified Core Fund index in March 2018 as a first step in establishing a benchmark for the industry. “As with the other index, we collect performances from managers and publish around nine weeks after the end of the quarter,” says Amelie Delaunay, ANREV’s director of research. ANREV does not disclose either the funds making up the index or information on fund returns.

Delaunay says: “The next step is to work on the asset level of the index. We will look at the performance of the underlying properties of these funds.”

It is generally expected that, given their growth dynamics, core funds in Asia will perform equally  well or better than their counterparts in either the US or Europe. Hence, investor appetite for their products remains strong.

Industry sources say this is all the more so today because of uncertainty over the global economic outlook and volatile equities markets. Institutional investors are hedging their exposures globally with defensive, stable, income-producing core property.

A spokesperson for JP Morgan Asset Management says: “Investing in core real estate assets in the Asia-Pacific region has the potential to offer competitive returns, diversification and income generation. Core real estate, such as competitively-positioned properties in prime gateway locations across developed markets, including the office, industrial, multifamily residential and retail sectors, have defensive characteristics.”

Nuveen Asia Cities Fund, launched last November, is on the way to reaching its target of US$2bn. Louise Kavanagh, managing director in Nuveen Real Estate’s Hong Kong office, says: “We are getting more investor interest [from] Europe.” This could be due, she says, to the long-established presence of the European real estate arm of Nuveen, which was formerly Henderson Global Investors. 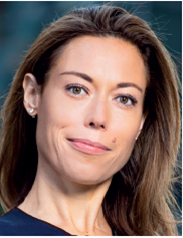 Louise Kavanagh: “China is more of a diversification or a capital appreciation play”

Kavanagh, who joined Nuveen in 2017, says early investors included the group’s global funds of fund and a German entity. At the time of writing, a Swiss institution was finalising due diligence and was expected to become a subscriber shortly.

Two other European groups have begun their internal processes with a view to participating. “Many of our investors already participate in our cities strategy funds. Their interest has been replicated in this fund in Asia-Pacific region,” she says

The Nuveen open-ended Asia core fund has a cornerstone investment of US$200m from its parent, financial services group TIAA. The manager is considering extending fundraising to the US.

A recent investment intention survey conducted by ANREV, INREV and PREA of 144 investors and 10 fund-of-funds managers with US$818bn in real estate, found a strong preference for core assets. Respondents indicated that they intended to allocate US$72.7bn to real estate in 2019. Of this, 19.6% (US14.8bn) was planned for Asia-Pacific, with a preference for core.

“There is a lot of capital still seeking risk-adjusted core-like returns because of perceived risks on the horizon,” says Kavanagh. “People are looking to de-risk some of their allocations. They want to acquire core assets.”

Ian Schilling, head of core funds for Asia-Pacific at Invesco Real Estate, confirms increased interest in Asian core funds from European and US investors. Schilling says: “Asia represents good relative value. Investors interested in Asia often feel that the US has had a strong run and that Europe has some issues to work through with Brexit.”

He says Asia still has strong growth. Despite the economic slowdown, China’s recent real GDP growth rate of 7% is well in excess of the US at 2.5%.

A fund manager says: “The investable universe in Asia is larger than in the US or Europe. The world’s second and third-largest economies are in this region. We invest in Asia to capture the growth drivers of urbanisation and the overall strong economic performance of the region.”

New entrants and plenty of liquidity have driven asset prices in key Asia-Pacific markets to historic highs. Billion-dollar transactions on single-office buildings may not yet be the norm, but they are becoming more common.

Kavanagh says: “Core products are looking reasonably expensive in Asia-Pacific. In certain markets, the cap rate compression has probably bottomed out, but there is rental growth. She cites as examples cities like Brisbane, Singapore and Seoul, which still offer some resilience in rental income. “It is really about finding resilience in an income stream rather than factoring further cap rate compression in when making investment decisions,” she says.

Schilling says cap rates in most markets are hitting historic lows, but in many cases are “still not out of range of their historic spread to bonds. I would suggest we are nearing the bottom of the cap rate compression cycle. A potential further rise in US bond rates would have an impact on continued cap rate compression in Asia. Given this, our strategy is to drive growth in net operating income from our assets to maximise investor returns. In the core space, we are happy to forward-fund investments to secure first-generation buildings in prime locations with quality tenant covenants.”

Schilling says active asset management has become more important at this point in the cycle. “We are particularly cautious in today’s market, especially in those markets that are more vulnerable to global macroeconomic risks,” he says.

He believes markets such as Hong Kong and Singapore, which are exposed to global trade and tied to the US, are more vulnerable than others. This makes them somewhat more cyclical in terms of capital appreciation and depreciation.

A senior executive with a global group says: “As Asia core funds mature, they are diversifying by geography and sector. Some are reaching into their value-add buckets.” He adds: “85% of our portfolio is in core, and we will gradually increase allocation to value-add to help enhance returns. Others are doing the same.” 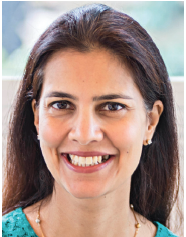 Jyoti Ramchandani: “We still see good opportunities in [core] and will continue to deploy capital in the major Asian cities

Rather than compete for expensive core buildings, Invesco is an example of a manager prepared to forward-fund development projects without taking on the development risk. Schilling says: “In the core space, we are happy to sweep away development profits in return for a first-generation building with a quality tenant.”

China: a market too big to ignore?
Core fund managers have traditionally focused on Australia, Japan, South Korea, Singapore, and Hong Kong. Increasingly, however, they now also search for assets in China – although perhaps with a tinge of reservation. Industry observers say South Korea and China are two markets with an undersupply of prime assets where new developments present investment opportunities.

Nuveen has included Shanghai and Beijing to its list of investable cities, but has yet to acquire assets. “First of all there is the financing cost,” says Kavanagh. “It is currently not accretive to invest in China. And secondly, there is a cash trap, as it is difficult to transfer income offshore.”

This affects the distribution policy of foreign managers with investments in China. Nuveen will only add China to its investment destination list after it has allocated to other markets, Kavanagh says. “China is more of a diversification or a capital appreciation play.”

Schilling says: “China is an important market. It sits well in core strategies. China provides diversification benefits and has the lowest correlation to other markets in Asia.”

It should be highlighted, he says, that China represents the largest real estate market in Asia and the second-largest market globally, behind the US, and therefore cannot be ignored as part of a core investment strategy.

Groups such as Morgan Stanley, which began investing in China in the late-1990s, are comfortable with the risks in the market and have acquired assets in first-tier Chinese cities. SC Capital’s core fund has deployed almost half of its initial US$452m raised in 2017. The fund now owns 10 assets valued in excess of US$300m, as of September 2018.

According to public sources, the fund’s investors include the City of Fort Worth Employees’ Retirement Fund and City of Phoenix Employees Retirement System, as well as six other US institutional investors and seven from Europe.

“We invest in assets leased to government departments and agencies. Security of income from government tenant is key,” says Ramchandani. “Education is a big theme in Asia due to its growth and resilience to economic downturns. Sustainability is another important aspect for the fund.”

Ramchandani has just returned from a trip to Europe to meet investors. “They like our focus on niche sectors and the exposure it has given them. The fund has provided a decent income yield of around 5% since inception,” she says.

Asked about investor confidence in the face of the growing geopolitical and global trade uncertainty, the manager of one fund says: “The thesis of an open-ended core fund is investing for the long term. We have invested through previous periods of geopolitical tension, such as problems on the Korean peninsula, currency volatility and trade friction. Open-ended funds have been designed to navigate around such issues. [But] we do have to understand the impact on specific sectors and countries.”