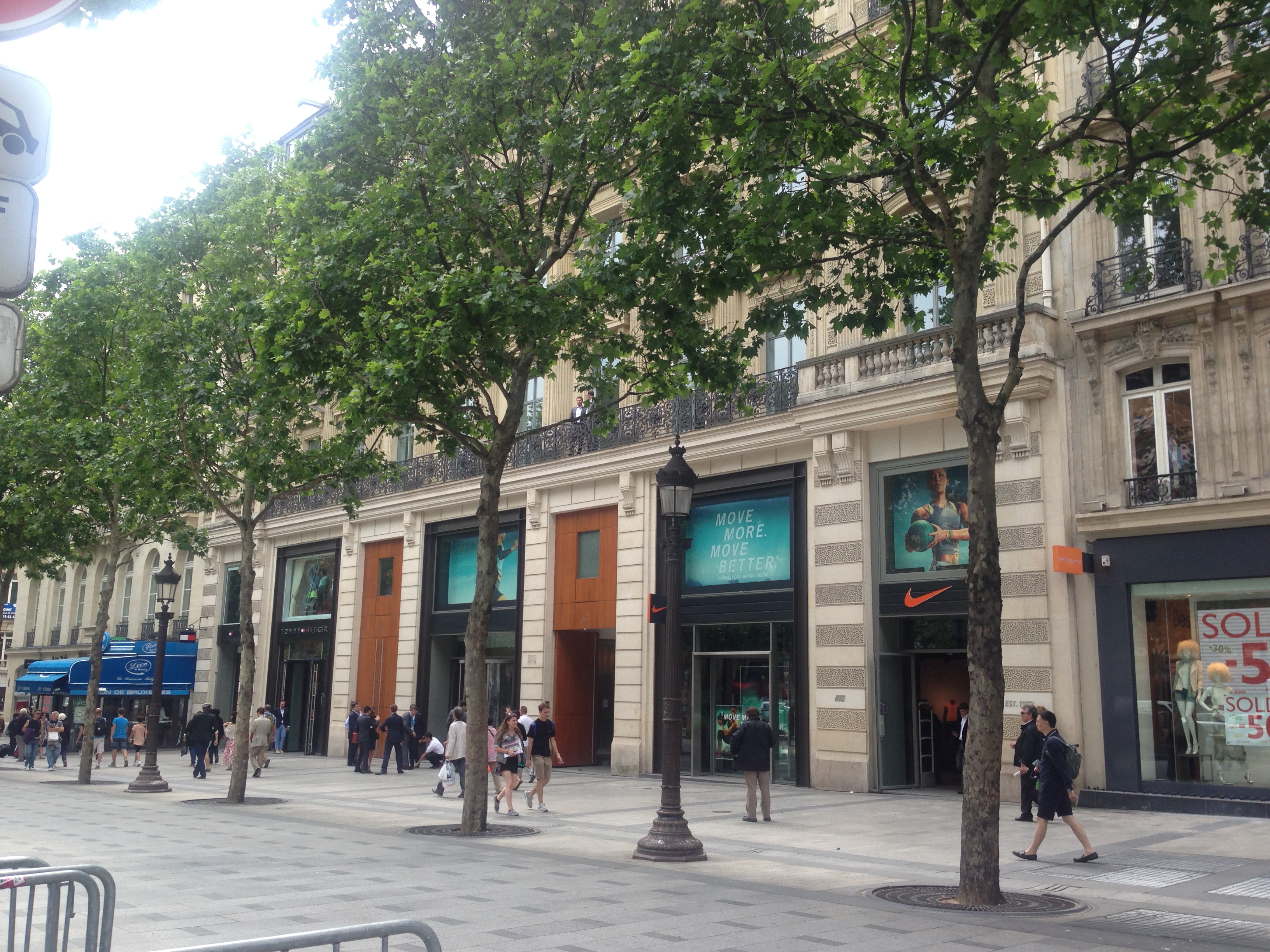 What does opportunistic investing mean in Europe today? Lynn Strongin Dodds explores some of the strategies being employed.

With distressed opportunities in the US dwindling, Europe has become the main stage for higher risk-return investors. The large UK market is an obvious target, but the peripheries, including central and eastern Europe, are also on the radar screen. Generating double-digit returns, however, is likely to become more of a challenge as competition continues to intensify.

“We have seen a great deal of money targeting opportunistic funds and I think the pace will accelerate this year,” says Robert Stassen, head of capital markets research at Jones Lang Lasalle. “The bulk of the money has been raised by US funds for the US, but global funds are looking outside the country and I think Europe will attract greater interest over Asia because of the concerns of a slowdown in growth and tapering. However, it will be tougher to buy the assets because of the increased competition.”

“We believe that to generate alpha, not just beta returns, we should make smaller investments”

Then there is Blackstone, the private-equity giant operating effectively in a league of its own. The company is raising €5bn for Blackstone Real Estate Partners Europe IV, outstripping the €3.1bn raised for the predecessor fund that closed in June 2009.

“If you take the scale of the capital raised by Blackstone as a bellwether, Europe has become a major focus,” says Ben Sanderson, director of international investment at Hermes Real Estate. “Eighteen months ago, investors were concerned over the recovery and if the euro-zone would survive. Europe is emerging from the crisis and it looks like the best place to generate opportunistic returns. However, I do not expect that they will reach the same levels they did in the early 1990s, which was the birth and golden age of opportunistic investing in Europe.”

During that period, real estate prices crashed and a wave of distressed properties flooded the market. The difference today is that quantitative easing, combined with historically low interest rates across the region, meant that banks were not forced to sell at rock-bottom levels. The result, as Sanderson notes, is that “the prices did not fall as far as they did in the 1990s and, therefore, it is difficult to generate the same returns of high teens and low 20s”. He adds: “I think, today, investors will be able to get 8-9%,if not slightly better, but they would have to go up the risk curve if they want to get any higher returns.”

“It is certainly not a problem entering the market, but the big question is can you get out?”

Joe Valente, head of research and strategy at JP Morgan Asset Management, agrees. “You cannot move around London or Paris without bumping into a US firm looking to invest opportunistically in Europe,” he says. “Eighteen months ago, no one was interested.”

Opportunistic strategies in Europe can be divided into three main categories, the first being debt strategies, which have captured the lion’s share with 19 funds raising €16bn of capital (as of September 2013), according to JP Morgan Asset Management.

The second category is represented by 10 large global funds that have raised more than €5bn between them. Valente describes their approach as “looking to leverage the macro plays and underwrite European growth”.

The last is an “asset-repositioning” strategy, whereby investors look to actively manage non- core assets before selling them back into the market. “It is the most difficult out of the three,” says Valente. It also accounts for the smallest amount of money being raised – approximately €4bn from four funds – and “this is because asset managers need to be selective and have a very disciplined approach”.

The third approach is the one being adopted by Peakside Capital. “In order to generate attractive returns, investors must buy well and add value,” says Roger Barris, a founding partner of the firm. “Without both of these factors, in a slow-growth Europe, where there are few obvious asset mis-pricings or arbitrage opportunities, it is exceedingly difficult to produce opportunistic returns from real estate. We believe that to generate alpha, not just beta returns, we should make smaller investments, building-by-building and apply our buy-fix-sell approach, rather than taking large macro bets.”

Meyer Bergman, which specialises in European retail properties, pursues a similar strategy. It targets assets that have a “dominant position” in their market or are in prime locations, primarily in Western Europe. Most recent investments include Whiteleys Shopping Centre in London’s West End, and retail assets in central Copenhagen and Madrid. It also led a consortium in the forward-purchase of the Westfield Broadway shopping centre development in Bradford, northern England.

To date, most of the attention has been focused on the UK because of its status as Europe’s most liquid, largest and transparent market. The country also has the best economic story to tell. The recent slew of data has confirmed that the recovery is more than just a few green shoots and is on a sustained path. For example, consumer confidence is at its highest level in six years as the construction sector expands at the fastest rate since 2007 as demand for new houses and commercial buildings rises. Moreover, consumer spending is up, and full investors looked mostly at the traditional sectors, but phase two, we believe, will be greater demand for non-mainstream and regional assets.

Stassen also believes that “the improvement in the underlying economy in the UK is making investors more comfortable buying assets on the fringes of central London, such as in Shoreditch and Paddington, as well as in secondary cities such as Manchester, Birmingham and Edinburgh. The difference in these locations is that local expertise is required. As for the rest of Europe, we are seeing strong domestic capital for German property but there is a lack of product.”

Private equity firms, though, are expected to increase their presence in Germany in anticipation of new properties becoming available as year growth in 2013 was also the strongest since the financial crisis at 1.9%, with economists predicting 2.5% for 2014.

“The UK is still very strong but you need to be confident that the economy will continue to recover, because that translates into rental growth,” says Markus Meijer, chief executive of Meyer Bergman. “We are optimistic but we are careful about London shopping centres today, because they are becoming too expensive and it is difficult to predict what the rental impact would be on regional UK shopping centres due to online competition. We now think there are more selective opportunities in the high streets in London, as well as secondary locations such as Birmingham, Manchester and Leeds.”

Sanderson adds: “The UK is still the most popular, with a significant trend being the movement of capital into the regions. This is because the pricing is more attractive and there is the potential for better returns. Last year, banks and cash-strapped owners sell distressed assets. A new report by property adviser Savills shows private equity firms accounted for 3% of the €30bn that investors paid for German commercial real estate in 2013, which is expected to climb to 10% this year.

“It is difficult to generate opportunistic returns in Germany because it is such a stable market,” says Danny Kinnoch, director of the cross-border investment team at Savills. “However, we have seen investors adapt and buy portfolios at a discount, particularly in the retail sector, with the aim of asset managing and exiting individually at a premium, allowing them to achieve more opportunistic returns.”

For example, last summer Cerebus Capital bought the Monsoon portfolio out of receivership for €224m. The assets, consisting of 10 Kaufland retail centres, were sold at a 41.2% discount, or just under 58 cents in the euro, on the outstanding €382m whole-loan balance, for which the senior loan was securitised in RBS’s synthetic EPIC Drummond CMBS.

Although it is expected that the core market in Europe will continue to dominate the activity, the report by PwC and ULI shows that investors are venturing into recovering markets for higher-risk returns. This is particularly true of Spain, which some believe will follow in the footsteps of Ireland, where Dublin became one of the hotspots last year for both core and opportunistic. The capital city is small and overrun with investors, which is why the larger Spanish markets, particularly Madrid and Barcelona, are causing a stir.

The pace of sales – non-performing loan portfolios and residential properties – is only expected to accelerate as Spain’s bad bank, Sareb, needs to shift €50bn of toxic real estate assets. In addition, the €162m purchase of Parque Principado mall in Oviedo, northern Spain by UK-listed shopping centre owner Intu and the Canadian Pension Plan Investment Board, also provided a certain level of comfort. However, some investors remain cautious about the difficulty in obtaining debt and the country’s fragile growth prospects.

In Italy, it is the northern cities such as Milan that are attracting both core and oppor- tunistic investors seeking alternatives to the favourite, but increasingly pricey, stomping grounds of London, Paris and German cities. The Italian state is poised to sell off office build- ings, many of which need refurbishing.

The year kicked off with Fortress-managed Eurocastle and European investment group GWM making an offer for 40% of a €500m listed UniCredito Immobiliare Uno, a closed-ended fund launched in 1999 by Italy’s UniCredit Bank. The fund holds 14 assets, including core offices in Milan – the Il Sole 24 Ore newspaper and Pirelli headquarters offices – and a portfolio of supermarkets. Their voluntary tender offer price of €1,850 per unit is a 13% premium to the weighted average market price in the past three months, but is a near 40% discount to the fund’s net asset value (at 30 June 2013).

“I think we will see more activity in southern Europe, especially in Italy and Spain,” says Valente. “For example, you can get discounts in capital values of between 40-50% in Madrid. However, the biggest difference between these countries and core Western Europe is the exits. It is certainly not a problem entering the market, but the big question is can you get out? You can have that situation in the UK but to a much lesser extent.”

A White Paper from Peakside also warns that southern periphery countries (Portugal, Italy, Greece and Spain) will continue to have falling economies and real estate markets, coupled with volatile domestic politics. It notes that while the level of distress is extensive, especially in Spain, and this could generate appealing opportunities, the risk of “catching a falling knife” is high.

The paper reveals that Peakside is focusing on Germany, Poland and the Czech Republic. “We believe that these markets occupy a ‘sweet spot’ for opportunistic investing that combines an attractive economic background and real estate market with both enough leftover financial distress to create interesting buying opportunities and limited competition,” it reads. “Not coincidentally, these three countries also function as virtually a single economic unit, with geographical proximity and very strong trade and investment flows.”

Yields in Poland and the Czech Republic have fallen in recent years. But Peakside’s report points out that “unlike during the ‘bubble’ years, when the yield gap between these markets and the major markets of Western Europe compressed to unsustainable levels, the yield spread is now, at least in Peakside Capital’s opinion, a reasonable reflection of the different risk, maturity and liquidity of the markets.

“These countries are below the radar screens for many funds and, while the transactions are relatively small, they are still too big for local investors that used to rely on aggressive financ- ing from banks,” says Barris. “In Poland, for example, we like niche sectors, such as neigh- bourhood retail, because the general shopping- centre sector has become saturated, whereas there is a lot of interest from food anchors to expand in a low-cost and convenient format. In the Czech Republic, the story is all about Prague and it is very much on a deal-by-deal, not a sector, basis.”