The rise of ‘unrated’ CMBS and growing activity in markets like Italy show the European market is undergoing a renaissance, write Miles Flynn and Jennie Dorsaint

Goldman Sachs and Deutsche Bank priced European CMBS transactions in the same week at the end of July, and current activity suggests that, by the end of the year, we could hit a post-crisis peak in the European CMBS market.

Despite the anticipated increase in European activity, the US is still the most attractive destination for commercial real estate investment. US CMBS returns for the year ending April 2015 outpaced the performance of the Barclays Aggregate index of US bonds. At the same time, severe market disruption resulting from the Greek crisis contributed to delays in a number of CMBS transactions.

While the level of CMBS issuance in Europe is a far cry from the pre-credit crisis peak, the recent CMBS issuances from Goldman Sachs and Deutsche Bank suggest that confidence is returning.

Today, newer, less saturated countries are being explored for CMBS in Europe. Germany and the UK no longer rule the roost, as Spain, Ireland, the Netherlands, Belgium and Italy have returned to the fold.

Italy in particular has embraced the high returns that can be made from this securitisation. Indeed, three Italian-based deals have already been issued this year – with some other deals pending – signalling Milan’s increasing presence as a CMBS stronghold in Europe.

Looking beyond the deals already made, there is potential for other emerging European markets to get in on the act, including those in Eastern Europe.

As Europe explores new jurisdictions for commercial real estate transactions, a new, unrated form of CMBS has emerged. These unrated deals have provided European investors with a unique way of raising capital and providing bespoke securitisations that is not available in the US.

As a result, nine unrated CMBS deals have been completed to date in Europe, two of which were completed this year: the Midas Funding and Mint Mezzanine transactions, indicating that a new asset class has been created. 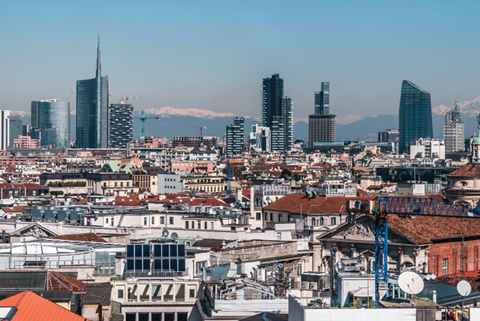 Milan has recently signalled its growing presence as a CMBS stronghold

With securitised products becoming marginalised by European regulators, issuers have been required to develop new CMBS structures. For investors the principal reason to issue unrated bonds in a CMBS is the cost. Administrative costs imposed by regulators and rating agencies to rate and monitor transactions involve a series of upfront and annual fees.

While the emergence of unrated CMBS shows that the asset class has the capability to innovate, investors need to be aware of potential drawbacks.

In most cases, a credit rating provides investors with an independent, expert assessment of the likelihood of the payments on the rated investment being made in full and on time. Ratings agencies have significant resources to determine the credit worthiness of a product.

However, for unrated CMBS the complexity of producing an equivalent analysis for investors may reduce the liquidity of the product. In addition, punitive capital treatment for unrated, tranched securitisation investments held by regulated investors under the Basel III rules may further reduce their liquidity.

It is clear that as CMBS enters new jurisdictions in a new form, the asset class is primed to do well. In addition, current market conditions are also encouraging greater investor participation in CMBS.

These market conditions will have significant implications for borrowers in Europe. Access to the capital markets will allow banks and other non-bank lenders to syndicate their commercial real estate loans into a CMBS transaction, thereby freeing up more balance sheet to originate additional loans on commercial real estate.

CMBS products provide an attractive investment vehicle for those who are refinancing as well as those wishing to pursue proactive deals, resulting in greater capital flow in the market. As such, while Europe searches for greater capital liquidity, the future success of CMBS deals could provide an enormous boost. 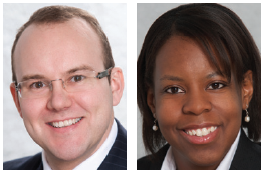