After 12 years chairing ANREV, the Chelsfield Asia CEO reflects on a region transformed

Asian property veteran Nick Loup believes Asia-Pacific will present attractive investment options over the next two years as the dust begins to settle after COVID-19. Global and local investors are sitting on large amounts of dry powder, waiting to buy in Asia, he says. 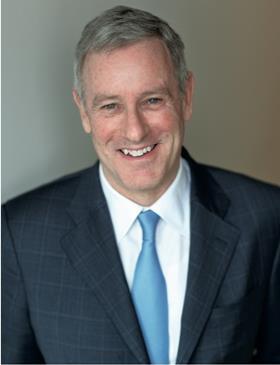 ● Partner and CEO of Chelsfield Asia
● Chairman of ANREV for 12 years until his retirement this year
● Founder and former CEO of Grosvenor Asia Pacific for over 20 years
● Former director of Asia Standard International, a Hong Kong-based property developer and manager
● Vice-chairman of the Council of China’s Foreign Trade
● Member of the British Chamber of Commerce General Committee

Loup has lived through a number of crises in the region – the 1997-98 Asian financial crisis, the 2003 SARS outbreak, the 2008 financial crisis, and now the COVID-19 pandemic. As with the others, COVID, he believes, is manageable.

The flow of global capital over the past decade has been transforming Asia-Pacific property markets, which will continue, leading to a proportional increase in weighting in investors’ real estate portfolios towards the region. “The institutional investment market in this part of the world has come of age,” he says. “It has matured. The growth of institutional investors has played an important part in development of the industry.”

Loup arrived in Hong Kong in 1993, leaving UK investment house Grosvenor, to work for Colliers Jardine. He rejoined Grosvenor in 1994 to set up its operations in Asia, before moving to Chelsfield in 2015 to spearhead its Asia expansion.

In 2009, as fallout from the global financial crisis began to unfold, Loup brought together a group of 20 real estate executives to launch the Asian Association for Investors in Non-Listed Real Estate Vehicles (ANREV), an industry body dedicated to increasing transparency in opaque Asia-Pacific property markets.

ANREV has grown its membership over a decade to 200, including 40 large institutions. Today, the association represents fund managers and investors, with US$1.88trn (€1.61trn) and US$1trn, respectively, in real estate under management. This compares with combined assets under management in 2009 of US$200bn. Investors have become more comfortable investing in Asia-Pacific, partly because the performance of Asian funds is benchmarked against the Global Property Fund index, published jointly with INREV and NCRIEF. The index covers 467 funds, which have a gross asset value (GAV) of US$724bn.

Although staying on as a board member, Loup recently stepped down as chairman of ANREV, after more than a decade of change in the Asian real estate industry. He believes the region is at the beginning of the next chapter. “If you look at long-term global macro predictions – whether from the World Bank or the International Monetary Fund – the size of economies in this region will grow significantly over the next 10 to 20 years,” he says.

Chinese outbound investments have slowed in part under government decree since 2017, but Loup believes what he calls the “tremendous momentum” in China’s domestic economy will lead to a renewal of Chinese interest in investing offshore. “We are going to see significant investment coming out of China,” he says, adding that a next wave of Chinese investment offshore would reflect the priorities of China’s next five-year plan (2021-26).

“We will see a big investment flow from Asia – for example, from Japan. Just before COVID, Japanese institutions were gearing up to embark on an international investment programme. That will pick up again when the economy settles down.”

Loup says the COVID crisis is certainly different from the 2008 financial crisis, which affected mainly financial markets. This time around it is a public health issue, with broader impact across the entire economy.

But he says some people are concerned that “we may end up with similar issues” to those following 2008. “It is not beyond the realm of possibility that we might have aspects of a financial crisis coming at some point, depending on how long economic recession goes,” he says.

A lot of work was done to build contingency into the banking and financial sectors after the 2008 crash, to ensure they could endure the worst aspects of world economic downturn.

“We are getting towards the end of the massive fiscal stimulus and economic intervention by governments to support businesses and their employees,” he says. “People are talking about and looking at various scenarios of how the pandemic-induced crisis will play out. Investors are trying to anticipate what is coming next.”

He says ongoing fiscal support is not sustainable, and that problems will come in waves. One of the first of these waves is likely to be rising unemployment across different countries, with different degrees of impact and pressure on banking systems.

“We are already seeing the rise of non-performing loans,” he says. “The speed and scale of issues will differ from country to country. Investors are trying to look at the different themes likely to evolve through to 2021, then trying to assess how that is going to impact the real estate world and other sectors.”

Asian companies today are better-capitalised, he says, and there might be fewer distressed assets on their books. But there are signs of stress and pressure in other parts of the world. He points to the record level of tenant delinquencies in Europe and the US. “We are seeing some major companies getting into work-out situations. There will be a significant wave of non-performing loans connected with commercial property in the UK and the US.”

Loup says the level of rent collection among UK firms owning retail properties is averaging 70% below pre-COVID-19 levels. The situation calls into question their ability to service that debt.

He is convinced that Asia could come out of the pandemic-induced crisis faster than other regions – thanks to the strength of the Chinese economy. “Despite the severe downturn in China early in the year, the prediction is that China will have strong GDP growth for 2020. Underlying that, you can see a positive outlook into 2021 for economies that are tied to China.

“One of the unintended consequences of the unfortunate economic war that the US has decided to launch on China is that the Chinese are becoming more regional and domestic-focused. This benefits intra-regional trade and, by extension, intra-regional investment.”

In Loup’s opinion, Hong Kong is likely to have “a mini-boom” in coming years. “This will be another unintended consequence of the aggressive approach of America towards Hong Kong and China,” he says. One example is Wealth Connect, an initiative launched by Chinese authorities to give wealth managers in Hong Kong access to China’s Greater Bay Area (GBA) – nine cities, including Hong Kong and Macau, in the Pearl River Delta.

Loup says access to the GBA is a precursor to the potential opening of the whole of China’s multi-trillion-dollar wealth-management market. As well as Wealth Connect, there are discussions to open China’s market to allow young professionals from Hong Kong to practise on the mainland, he says.

On the back of the introduction by China of a controversial new national security law covering Hong Kong, Loup says Chinese companies are more confident about returning to Hong Kong, and billions of dollars of real estate transactions are being done there. In August, China Mobile bought a large site for HK$3.6bn (€398m), reportedly outbidding Hong Kong’s largest property groups by 56%.

“There are many of these sorts of deals happening; the flow of business from China into Hong Kong has started again,” Loup says. “Hopefully, Hong Kong is poised for another wave of inbound investment, with its economy picking up – if not by the end of this year, next year.”

Before the third wave of COVID-19 infections in the middle of the year, Loup says, there was already a “real buzz” within Hong Kong’s business community. He believes Chinese investment will reinforce Hong Kong’s strengths, and that openness will increase as Hong Kong is integrated in the dynamic GBA. “Hong Kong has a promising few years ahead of it. The headlines that you read in a lot of mainstream media have been quite misleading.”

ANREV surveys of investor sentiment have shown a steady increase in intentions to allocate capital to Asia-Pacific, and that trend is unlikely to reverse in spite of COVID-19, Loup says.

Cashed-up investors include Loup’s own Chelsfield Asia Fund, the British group’s first fund in Asia. Launched in 2016, it closed in May, at US$363m, with a co-investment commitment of US$150m. Along with US$366m raised by the first five investments, total equity raised is US$879m.

Two thirds of that capital is waiting to be deployed, Loup says. The fund’s focus is on Shanghai, Hong Kong, Singapore and Tokyo. “We expect to see our portfolio grow two to three times in the coming 18 months,” Loup says. “We have accumulated a portfolio worth US$1.1bn.” One of the fund’s largest investments is the Manulife Building in Singapore, jointly purchased with ARA Asset Management for S$556m (€349m) in 2019.

“We are now looking for exposure to Japan. We think it will be a good time to invest there towards the end of this year,” Loup says. “As we see the unwinding of fiscal support programmes, we will start to see adjustments in the markets. It will be an attractive time to be investing.” Sectors of particular attraction are data centres and logistics, both benefiting for strong economic growth.