Europa Capital is a household name in European value add. Rob Sim talks about its move into core property markets

Europa Capital is a name synonymous with value-add real estate in Europe. The company has raised more than €3.3bn across a series of six value-add funds since 1999, establishing itself as one of the most consistent and well-respected players in the space over more than two decades. 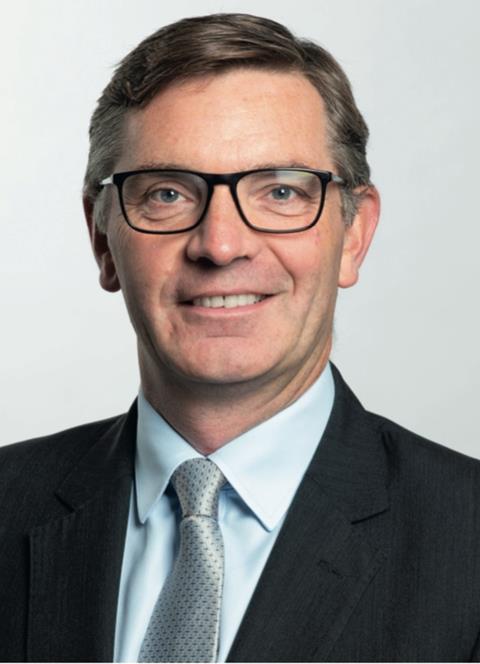 But the past 10 years, bookended by the global financial crisis and COVID-19, has been a story of evolution for the firm. At the end of 2010, Mitsubishi Estate, the real estate arm of the Japanese conglomerate, acquired a majority stake in Europa. In 2016, Europa co-founders Noel Manns and Charles Graham stepped down from the company, and last year the company held a first close for its first pan-European core real estate fund.

Europa Capital’s encroachment into core real estate is in fact not new. Noel Manns told IPE Real Assets in an interview in 2011 that this was an intention under the new Mitsubishi Estate ownership, and six years later it launched a European core-plus strategy on behalf of its parent. But the launch of the Europa Diversified Income Fund places it squarely in amongst a growing number of managers of pan-European open-ended funds all vying for institutional capital.

Today, the team is led by managing partner Rob Sim who, having joined Europa back in 2003, has witnessed – and more recently taken a lead role in – the “evolution” of the business.

“When Mitsubishi bought into our business 10 years ago, they were looking to grow their international business,” he says. This coincided with a realisation within Europa that the company needed to diversify, he says. “Diversification of our business coincided with Mitsubishi’s diversification,” he says. “There are some very shared and common goals which we’ve wanted to look at together, which is, in a sense, probably why it’s worked very well – they’ve come in to support our existing value-add business, but also to support our ambitions and their ambitions to expand in a sensible and structured way to provide real estate opportunities for new investors looking at the core space.”

While there is certainly consistent interest in higher-return real estate strategies among investors, the global demand for income-producing core investments has become overwhelming.

“While value-add is something that we’ve been doing for a long time, is very rewarding and we have a very strong client base, you can’t rest on your laurels too much if the world changes,” Sim says.

“Like any business, you rely entirely on your customer base,” Sim says. “If over time it changes and appetite for risk changes… you need to make sure that you are aware of what’s happening in the world. And definitely, the move towards what perhaps 10 years ago would have seemed a very conservative level of return from core income, now is actually what people want.”

The Europa Diversified Income Fund raised €350m from Mitsubishi Estate and European and Asian institutional investors towards the end of last year. Europa is hoping to raise more than €200m this year and is setting its sights on €2bn over the medium term. The fund was seeded with a €350m portfolio of logistics, residential and office assets. It is being run by Andy Watson, formerly continental European CIO at LaSalle Investment Management, who joined Europa in 2018.

Through the new core fund, Europa is entering an increasingly crowded space. “Before we’ve even undertaken a new strategy, we are asking ourselves exactly that: what is the competitor set? What’s the scale of the market? It is important that there is a belief that over the medium-to-long term that you can create some scale,” he says.

Sim believes that the size of open-ended core funds in the US shows that there is room for the European vehicles to grow. “Our belief is there is definitely space for our fund in that and for our ability to grow that,” he says.

Europa, through its Mitsubishi ownership, also gives it an advantage in that the growth of core funds in Europe is expected to come from allocations from Asian investors. “[The ownership] does have advantages in tapping into the Japanese and Asian [investors] who are coming, but it’s quite a slowish process,” Sim says. “They are very considered in taking their decisions.”

Although the core fund is separate from Europa’s traditional value-add business, the two should not be seen in isolation. “Our core fund is using the value-add experience we’ve got,” says Sim. “We’re not frightened of some modest vacancy or the ability to do some forward purchases, because we’ve got that experience from value add. But what we’re creating is a relatively stable and consistent income stream for investors that want that profile.”

Having the two strategies broadens opportunities. “You’ve always got to be conscious of conflicts of interest, but what we often used to find before we were doing other things than value add, is we would be filtering out an awful lot of things that we thought were really interesting [but] the risk profile of returns wouldn’t satisfy the fund,” Sim says. “That’s enabling us to use some of our skills and not reject as much as we used to. We’re still very selective in what we do, but clearly that is an advantage. It’s also important that we don’t get too distracted trying to do too many things at the same time. For clients, it’s very important that there is dedication to providing them with the quality and, indeed, the returns that they’re looking for.”

Sim is keen to stress that it is business as usual for the long-standing value-add series. “What we’re not seeing is that the value-add series is somehow going to change in any way,” he says. “We are on to our sixth value-add fund. We’ve been operating value-add funds since 1999, and in a sense it’s enhancing our offer by building other initiatives around that.

“We’ve been very happy with the sums we’ve raised. In growing a business you [can] look to grow bigger and bigger funds in one product. We’ve taken the decision that we – and our clients – are happy with us being a mid-sized value-add European fund.”

He adds: “During the pandemic, I guess a lot of the themes and strategies we have in value-add haven’t changed. We have a lot of focus on the residential sector, urbanisation, the industrial sector. We will still look at office refurbishments in the right cities, and indeed some of that resonates well with what we’re doing in the core space as well. The value-add series is at the heart of what we’ve been doing and what we continue to do.”

Europa’s core fund is also focusing on industrial, residential and office and, unlike more established core open-ended funds, it has no legacy exposure to retail. “We’ve been seeing the structural shift in retail for a number of years and therefore quite early on in that strategy the focus was always going to be on office, industrial and residential,” Sim says.

“Not having retail at all right now clearly is an advantage, but that’s not to say there will never be any retail in that portfolio. There are elements of retail that will survive and rebound. We are just very cautious, actually, as a house, about retail at the moment, so generally speaking there is quite limited amounts of retail we would look at.”

That includes food retail, in the form or supermarkets or retail parks, or retail logistics. “But beyond that, high-street retail, shopping centres, they are quite challenged,” Sim says. “And not just from an investment liquidity point of view. I think the real challenge is trying to establish where the rental tone for these building is going to sit. For us, until we have a greater degree of certainty on that we would be quite hesitant to be aggressively pursuing that. I am sure that will change, but clearly the debt markets are switched off to retail in particular. And that, by and large, does impact quite significantly the capital values.”

Europa has not only diversified into core real estate, it also has a student-housing fund and raised several UK property-debt vehicles. “Going forward, we will look at other opportunities that we think we’ve got the expertise and the skillset [for], a lot of it coming from our value-add experience, but also bringing in individuals who can help us,” Sim says.

Europa is also working hard on environmental, social and governance (ESG) initiatives. It signed up to the UN Principles for Responsible Investment when it closed its core fund, and has been submitted to the GRESB sustainability benchmark. “We are considering, like governments around the world, our net-zero targets going forward… but it’s got to be proven through actions as well as nice words,” Sim says.

Europa also works with Uptree, an organisation that connects school-leavers with employers. Sim is keen to raise awareness of career opportunities in the real estate industry that school-leavers might not come across or even consider. “When I was growing up I just had no awareness of it at all,” he says.  “I was a doctor’s son, but I’d never moved house and it never even crossed my mind who owned buildings or who occupied them. That’s been a tremendous success. We run two workshops a year. These are year-12 and 13 state school children, very diverse cohort, multi-ethnic, high proportion of female students, and it’s just trying to give them a bit of an insight into that world of real estate.”