Interview: Jonathan Rose – What trade-off between impact and return?

US affordable housing can outperform financially as well as environmentally and socially. Interview by Richard Lowe 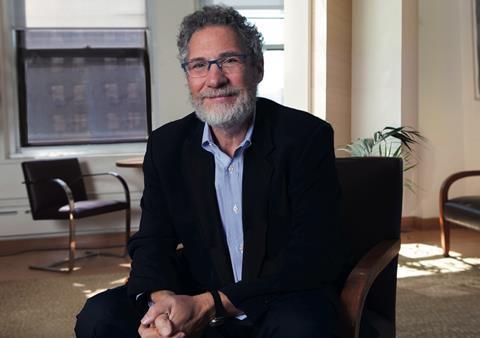 Discussions around impact investing often land on the same issue – the trade-off between making a positive impact and the financial return. For institutional investors with a fiduciary duty to generate the best possible risk-adjusted returns for their beneficiaries, this can be a thorny issue.

But it might be a mistake to assume there must always be a trade-off. New York-based Jonathan Rose Companies, founded in 1989, has been making impact investments long before the term was coined, specifically in affordable housing in the US.

The organisation’s stated mission is “to repair the fabric of communities” and in recent years it has embarked on a series of “affordable-housing preservation funds”, which acquire existing affordable housing that might otherwise be rented out at open market rates.

The funds play their part in mitigating the affordability crisis which has been steadily building in US cities. They also seek to make assets more environmentally friendly and implement community services. All in all, they could be relevant for investors looking to commit capital allocated to impact strategies.

Such investors might expect these funds to have generated lower returns compared with non-impact residential strategies, in exchange for the positive impact. They would probably therefore be surprised to learn that, rather than generating lower returns, they have outperformed many traditional real estate strategies.

“Our 15-year return, net of all fees, has been 14.7%,” says founder Jonathan Rose, “and over a 6% cash-on-cash return.” This is above 9-12% net total return and 5% cash-on-cash return originally projected to investors. “There has not been a trade-off between returns and impact.”

Jonathan Rose funds – the most recent of which in 2020 raised $525m (€500m) from investors – are first and foremost impact-investment products. “Every one of our investors invests with us because they want to see higher impact,” Rose says. “We’re exceeding the economic expectations with our investors [but] also outperforming our peers in terms of environmental and social returns.”

To explain this feat, it helps to go back in time. The large financial services company TIAA was Jonathan Rose’s first institutional investor, committing capital through a social-impact allocation not long before the 2008 financial crisis. The investor was then the seed investor in the first in the series of affordable-housing preservation funds, launched in 2014.

Rose says, following the financial crash, it was clear to TIAA that the investment had outperformed many other investments during the recession. He says: “Affordable housing has this wonderful characteristic that it’s recession-proof, because the rents are very affordable.”

Jonathan Rose invests in what he terms “high-cost markets” like New York City, which ensures “enormous demand”. He says: “We have no occupancy issues; we have very long waiting lists and so the income is very stable. And we were making the assets greener, so their costs were going down and they performed very, very well.

“So TIAA, now Nuveen, came to realise that there was a great value – both social value and environmental value and economic value – in affordable housing. So, they’ve been a leader on the institutional side.”

Other institutional investors are following suit and entering a market that was previously dominated by banks. That latest fund includes pension funds and university endowments, as well as foundations and high-net-worth individuals.

The COVID-19 pandemic was another useful test for US affordable housing. Market-rate housing in places like New York sustained a big hit to their occupancy levels as people moved out of the city.

“We have worked hard to build relations with our residents,” Rose says. The company uses resident-service coordinators to help “provide social, health and education services”. He says: “We actually had these relationships with the residents proved to be very valuable. And, therefore, we were amongst the first places to get vaccination clinics on site. We had much lower infection rates at our properties than in the nation – or in the cities we’re in, in general.”

There has been a rebound in market-rate housing markets, and investors facing the prospect of persistently high inflation might be looking with even more interest to the sector in the coming months. But they might want to consider affordable housing for the same reason. “Affordable rents in different ways are indexed with inflation, so it’s very inflation-proof,” says Rose. Rents are indexed to an area’s median income, whereby a resident pays no more than 30% of their income (eligible residents earn less than 60% of the median income).

“We tend to invest in very-high-growth places – New York, Washington, San Francisco, Boston, Los Angeles, Chicago, Denver, Seattle, Portland, etcetera – and these are places in which the median income is growing rapidly. Therefore, 60% of the median income is growing rapidly, and therefore there is positive rent growth correlated with the vibrancy of those markets. So we do believe there is inflation protection built into these strategies.”

Rent growth might not be as fast as it has been in traditionally multifamily investments in recent years, but they are arguably more sustainable and secure. “About 70% of our projects have a federal programme in which the federal government gives us a 20-year contract and pays substantially most of the rent – for low-income seniors who maybe just live on social security or a small pension. They will pay 30% of their income as rent and the government will pay the difference between that and what’s considered the market rate. That’s another part of security of the rent.”

“There are 20 million American families that are spending more than 50% of their income on rent,” he says. “There’s a huge supply-demand mismatch, and that’s not going away.”

Jonathan Rose Companies was established just before the start of the 1990s, “focused primarily on developing and buying affordable and mixed-income housing, making it greener, and then bringing social health and education programmes to our residents”. Rose’s environmental ambitions predate this, let alone modern day ESG practices.

“I actually started trying to do green things in the late 1970s. There was very little support for that. In fact, there was antagonism about being green,” he recalls. “I had to invent my own green rating system – LEED didn’t exist.”

What does he make of today’s widespread use of sustainable building certifications like LEED and every real estate investment manager talking up their ESG credentials? “All those tools are now substantially in the market and it’s made it much easier to be green now,” he says. But, he suggests, what is important for investors is “there’s no question about our authenticity, because this is something that we were founded to do when it wasn’t popular”.

From the beginning, the company focused on transit-oriented developments in walkable communities, as a form of future-proofing – despite a strong suburbanisation trend taking place. “That proved to be correct, but the market didn’t understand that then,” he says. “One of our goals is to do what’s absolutely the right thing from an environmental and social point of view, but to do it in a market-smart way that’s also creating value.”

Jonathan Rose uses Enterprise Green Communities, a green-building framework designed for the affordable-housing sector, which recently merged with wellbeing building standard WELL. “We actually were the first company in the world to receive a joint Enterprise and WELL certification for an affordable-housing project,” Rose says. “We’re reducing our climate impacts, reducing our energy use, reducing water use and we’re reducing the use of toxic materials.”

But the big challenge facing Jonathan Rose is meeting carbon net zero. “The investor world increasing wants to see it, but it’s also just the right thing to do. To do that requires that we take our buildings entirely off fossil fuels and that we make them all electric.

The reality is this need to reach carbon neutrality “will have a negative impact on returns”, Rose admits. “For example, the cheapest way to provide hot water to our residents today is with natural gas. Natural gas prices have gone way up, so maybe that’s going to change, but until they do – under last year’s numbers – if we went all electric, it would actually raise operating costs and therefore lower returns.”

Rose continues: “We still have to figure out how to balance this. So we do not have a published carbon-neutrality strategy yet – we’re working on it quite carefully…. it won’t be 2030, it’ll take some time to do it and maintain the kind of levels of returns that we’ve been delivering.”

But there will be a “tipping point”, he says, when a “brown building” will become difficult to sell. “There’ll be some time – maybe it’s in 2028 or 2030 or something – at which point institutional investors will just say, the building’s not on a pathway to carbon neutrality, we don’t want it in the portfolio. And so even if there’s a cost to it, there’s a long-term capital-preservation-value importance in taking all of our buildings to carbon neutrality.”