Global sales of commercial real estate fell by almost a third in 2020, as COVID-19 wrought disruption on the asset class, according to Real Capital Analytics. So how did AXA IM Alts manage the inverse: increasing its volume of real estate investment activity by nearly half during the year that turned the world upside down? 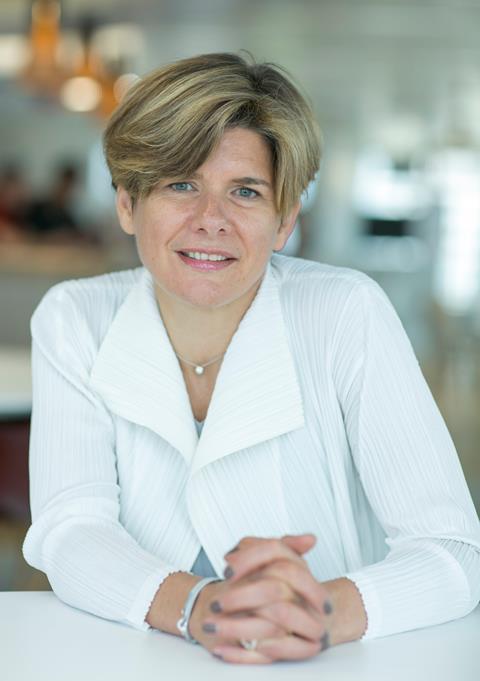 AXA IM Alts, the recently adopted moniker that encompasses all of AXA IM’s real estate, infrastructure and structured credit asset-management activities, made €6.3bn of real estate equity investments in 2019 and €9.7bn in 2020.

“We have done more than expected even before COVID,” says Isabelle Scemama, global head of AXA IM Alts and CEO of AXA IM - Real Assets. “When I look at the plan [we had] in 2019 for 2020, we have done more than we were expecting. I think this is due to the fact that we have been able to take advantage of the situation.”

She attributes this to several factors. The first, is that AXA IM Alts had already started to focus on more defensive property sectors – namely, residential and logistics – before the pandemic emerged. “This had been done before COVID,” Scemama says. “So we were ready to take advantage of this.”

It has taken several years to get to this level of investment, but the shift in favour of residential was “accelerated” recently and Scemama believes it will continue to “be a strong focus, because it relies on structural trends”. She adds: “It’s about the demography, it’s about urbanisation which, with COVID or no COVID, will continue to be there.”

Scemama says: “If we look at 2020, the asset classes that have outperformed are the ones that are essential. Logistics is the same. We see for the first time in logistics some real tension on the rents, with tenants sometimes fighting to get access to the best premises.”

But AXA IM Alts is not alone in targeting residential and logistics, and such a repositioning does not fully explain the company’s ability to be so prolific in 2020. Scemama offers another explanation – its integrated business model that encompasses development, investment and asset management all under one roof, with 230 real estate professionals in 13 countries.

“We had something which I think is special,” Scemama says. “When you look at our platform, notably compared to some of our competitors, we have an internalised model, meaning that we perform asset management, development, acquisition ourselves. We are fully integrated. I think this matters a lot.”

And it matters even more in a crisis like the one of 2020. “It was impossible to travel – and is still impossible. But having teams that have been with us since I joined – at least more than 20 years – in Spain, in Italy, in Germany… that was really making the difference,” she says. “This model has helped us secure deals but also to have intense asset-management action; notably, we work very closely with the tenants.”

Another factor is discretionary capital, which allows for faster decisions. “We were ready with a lot of capital that was discretionary,” Scemama says. “It was a way to secure deals for us in front of competitors that were not necessarily all the time in the same situation. And when you cannot travel… for the seller it was very important to know that execution would be delivered.”

Again, AXA IM Alts is not entirely alone in having an integrated business model and a large presence in several markets. But Scemama talks passionately about a concept that is not heard often from real estate investment managers – avoiding separate accounts.

● France, Japan, UK and US the top markets for deployment

“One obsession I have always had… is to be sure that we operate in a way where we align the interests of our investors,” she says. “It is very important to have the best-in-class team to deliver on transactions… but you have also to look at the liabilities and ensure that all investors will be aligned. We have hundreds of institutional investors that trust us. But why they are coming back… vintage after vintage on our different strategies is because we manage very cautiously their capital.

“First, we only raise capital on strategies on which we have conviction. But we don’t have and we don’t onboard separate accounts, because we don’t want sources of capital competing against each other.”

She points to the firm’s pan-European balanced core fund which, at close to €5bn, has become the third-largest of its kind in just five years (see article on page 54). The AXA CoRE Europe Fund is the company’s flagship European vehicle, and when AXA IM Alts makes high-profile acquisitions, like London’s Dolphin Square, it becomes the owner, rather than, for example, another separate-account client.

“We have sometimes been maybe quite tough, or maybe perceived as rude by investors who were asking us to have a separate account managed on their behalf and we have said no,” Scemama explains. “We have said to them, if you really want to get access to our sourcing and our execution capability, the sole option is to enter into the core fund, because we don’t want any source of capital to compete with the fund.”

This means Scemama does not chair an allocation committee where a decision has to be made about which client will ultimately own any particular asset. “We have this discretionary capital, but we don’t have any conflict. That explains also the success of the core fund that is now reaching €5bn… because we have been very agile and we have concentrated our focus on the fund, not being distracted with other sources of capital.”

She continues: “Raising capital for [the sake of] raising capital doesn’t make sense; what makes sense is raising capital for strategies on which we can deliver… and not to have sources of capital competing against each other. That is something that I think is very important and explains the success of 2020 – and hopefully of 2021.” Scemama admits that this aversion to separate accounts is “my obsession”, which predates her move to AXA in 2001.

Focusing on a single mandate, such as the CoRE Europe Fund, and not “being distracted by separate accounts”, also supports investing at scale. “You have to have discretionary capital and also size. Size matters, if you want to avoid the herd,” Scemama says. “If you are just looking at existing office buildings, you will pay the full price, and if you are looking at a standard asset – €50m to €100m – you will have a queue [of buyers].” About 90% of real estate acquisitions made by AXA IM Alts were made off-market. “If you really want to perform you have to do complex deals,” she says.

And what about offices? AXA IM Alts is one of the biggest developers of offices in Europe. In 2020, it completed London’s largest office at 22 Bishopsgate. Earlier this year, the company announced it raised €800m for its latest European development fund, a significant proportion of which will be focused on the office market where it hopes to take advantage of widespread obsolescence that will emerge as a result of employers’ post-COVID requirements for commercial space.

“I strongly believe it is not the end of the office,” Scemama says. “I don’t believe that. We have all realised that it’s impossible to create a culture and to have everybody working from home. I don’t believe at all in this model. But what is for sure is that there is an acceleration [of] structural trends that are affecting the office market and what will matter is being [in] the right locations and to offer buildings that answer and address tenant requirements.”

She adds: “In Europe, it is an obsolete market. Most of the stock is more than 20 years old…

If you have 20-30% of your staff working from home when the rest is at the office, it is highly important that the connectivity works well… it is not something that you can accommodate in an old building. So, what we see is that probably tenants will move.”

And this is all coinciding with a time when climate change is being addressed with unprecedented urgency, and a growing number of investment managers – AXA IM Alts included – are setting net-zero carbon targets.

“The urban area will be transformed,” Scemama says. “For us, the idea is not to select the green asset. I am always explaining internally that I don’t want to report on the stock of green assets, because… we have the capability to buy dirty assets and to make them green… we do far more for the planet doing that and measuring the trajectory rather than just the stock.”

She adds: “For me now it is not anymore a challenge, it’s an opportunity. And what I really like is this is now generating a lot of excitement within the teams, because it is not anymore about just getting some certification, showing some green report, it’s about making actions that make the difference… it’s self-realising, because when everybody is going in the same direction it creates a very positive momentu