IMCO: The Canadian investor with grand designs on battery storage 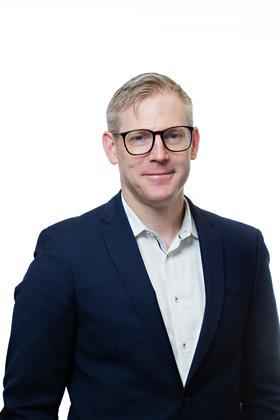 The rise of renewables in institutional allocations over the past decade has been clear to see, luring investors with the dual potential of income returns and positive contributions to ESG and net-zero objectives.

But such has been the demand for renewables assets that the market has become incredibly competitive and aggressively priced.

Today, to really play a significant part in the global ‘energy transition’ – the concept that is focusing the minds of most infrastructure investors today – institutions need to look beyond wind and solar farms.

This is a theme that the Investment Management Corporation of Ontario (IMCO) quickly recognised. IMCO was only established in 2016 and began managing investments on behalf of a growing list of Ontario institutions a year later, but it has built up a C$6bn (€4.2bn) infrastructure portfolio and last year entered an “exclusive partnership” with energy experts from Valence Energy Capital Corporation, led by principals Matthew Mendes and Trevor Wills.

That partnership ultimately led to IMCO’s recent investment in Green Frog Power, a UK-based flexible energy-generation company and the first firm to be fully taken over by IMCO. Mendes and Wills have been installed as chief executive and chief operating officer, respectively, of Green Frog Power.

“When we started this journey with Matt and Trevor, we were obviously looking at a whole bunch of different things, and we ended up zooming in on batteries,” says Tim Formuziewich, who joined in 2019 to lead IMCO’s infrastructure investments. At a time when the market for traditional renewables assets was being dominated by investors with the lowest cost of capital, IMCO was looking for a way to invest in energy transition “where cost of capital wasn’t necessarily the determining factor and where we could continue investing in for the next 30 years”.

Although wind and solar are making up a growing proportion of the world’s energy mix, they suffer from intermittency. Technologies like batteries can help address that shortcoming by storing energy when supply is high and delivering energy when it is low.

Formuziewich, who was previously a senior Principal at Canada Pension Plan Investment Board and a managing director at Brookfield Asset Management, says: “We quickly zeroed in on which technologies would be most successful in the short, medium or long term to help manage persistent intermittency [and] that offered electricity-market solutions when the wind isn’t blowing or the sun isn’t shining, effectively – and found batteries quite intriguing.” While batteries still represent “early-stage” technology, in some markets – notably, the UK – they are “already economic”, he says.

And IMCO is doing more than just investing in an established operator. When it announced the takeover of Green Frog Power in August, IMCO said it would invest £500m (€585m) in the company over several years to transform it into a utility-scale battery specialist, moving it away from diesel-powered machines. It would also use the UK company as the starting point to build a global platform.

The business owned 13 short-term-operating-reserve (STOR) stations, nine of which IMCO acquired with the intention of converting to battery technology. “The plan is to unplug those diesel assets, and plug in batteries and begin operating those batteries on a longer-term basis,” Formuziewich says, adding: “It is a true energy-transition business for two reasons. One, you’re unplugging diesel assets and plugging in batteries. But the second reason is batteries enable further renewable penetration – as energy markets grow, you need about one gigawatt of batteries for four gigawatts of renewables.”

Formuziewich remembers early conversations about Green Frog Power with Mendes and Wills, that went along the lines of, if “we get this transaction done, we’re going to end up seeing every battery opportunity in the world, because people are going to say here’s a business that has capital available to execute on battery transactions”.

● The Investment Management Corporation of Ontario was established in 2016 through legislation
● Investor clients include Ontario Pension Board (OPB) and Worksafe Safety & Insurance Board
● Total assets under management: C$73.3bn
● Infrastructure allocation: about C$12bn
● Total assets invested in infrastructure: about C$6bn

He adds: “And that’s absolutely the case. So  we’re seeing stuff coming in all around the world. And it is our intention to utilise this business to grow beyond the UK. There’s a lot to do in the UK right now – we do need to transition the existing assets, we do have a fairly substantial development pipeline – but, certainly, the objective will be to look into other markets in the future.”

IMCO is starting in the UK for the simple reason that it is one of the more mature markets for battery storage. “When we looked around the world for opportunities to invest in the energy transition, the practical reality is that the UK… is a world leader in their progressive views of the energy transition, from a policy perspective,” Formuziewich says, citing government ambitions for the country’s electricity to be entirely sourced from clean sources by 2035.

“You are starting to see that now in terms of their renewable penetration… of their electricity market being at 25%, 30%. That, alongside a couple other markets, Texas and California being two of them, is right at the front end of the energy transition. And, as a result, the opportunities available to support the energy transition, in terms of things like utility-scale batteries, are actually available in that market today and there are progressive regulatory frameworks and market incentives to make batteries economic in the UK.

“But there are other markets that are right behind it,” he adds. “And we think that other markets will look to the UK and say, well, how did you incentivise… the deployment of batteries in your market? And we’ll see that get redeployed in other markets. And there will be markets that choose different incentives, of course. At the end of the day, we’re looking to deploy capital on a good risk-adjusted-return basis, so we’re certainly open to different types of revenue streams. But that’s effectively why we started in the UK.”

IMCO had to do some work upfront to structure the investment in Green Frog Power to make it work for the institutional investor. “We needed to come up with an innovative structure to make it an infrastructure business,” he says. This was needed to change it from something more akin to a “private equity-type transaction”.

As part of the transaction, the vendor – the wider Green Frog group – is committed to delivering future battery developments, while IMCO is also free to expand the business in other ways. “In nine months we’re going to start having battery assets actually operating. And then we’re also going to be bringing into the business this development pipeline from the vendors, in addition to being able to go out and do other stuff,” Formuziewich says.

“This business effectively enables us to establish what we hope to become a global utility-scale, battery-storage platform. So we’re actively seeking new, innovative ways to participate in the global energy transition, while driving compelling returns for clients.”

Hydrogen is another technology that has been attracting attention from infrastructure investors and has the potential to be used for energy storage. “Hydrogen is also something that’s definitely on our radar. We’ve looked at a number of hydrogen opportunities; we think the potential for hydrogen is substantial,” Formuziewich says. “It has the potential to have a significant impact of greening the electricity grid… but there’s also a significant application for hydrogen outside of electricity markets and the gas markets.”

One option in the future could be to expand into hydrogen through the Green Frog Power platform. “That’s something we would look at either in this business or outside of it. But that’s not the focus of the business today.”

For the moment, Formuziewich has two overarching aims in building IMCO’s infrastructure programme. “One, future proof the portfolio by deploying active asset management of the existing assets that we have, and getting the businesses on Paris-aligned business plans,” he says. “The second thing is, we’re trying to build… the infrastructure portfolio of the future, today. So, one of the reasons we like batteries is because we’re at the early stage of what we think is going to be a very significant growth profile in the battery market.”

The investment in Green Frog Power is part of IMCO’s wide infrastructure investment programme, for which it has about C$12bn allocated from its clients – the largest of which include the Ontario Investment Board and the Workplace Safety & Insurance Board – and about C$6bn invested.

The big challenge for IMCO – and all major institutional investors – is how to “deploy capital going forward” while being “truly an ESG investor” and “delivering strong risk-adjusted returns”, Formuziewich says. “We’ve been able to identify batteries today as a really exciting opportunity that we’re going to be able to deploy capital into for years [and] we think is going to continue to offer strong, risk-adjusted returns.”