Technology has boosted demand for logistics property and now it is transforming the sector in a variety of ways. The key to navigating the future is to follow the consumer, writes Christopher O’Dea

There is no shortage of stories these days about a warehouse company installing the latest inventory-picking technology, or of an online retailer testing a new robot that looks like a canine on wheels. Such stories typically recount how some new invention promises to deliver merchandise in even less time than the two days that has become the standard wait to receive anything from a household cleaner to a fully assembled 3D printer.

The e-commerce revolution is revamping supply chains and driving demand for new and upgraded industrial property across the US, and logistics service providers and online retailers are willing to pay increasingly higher rental rates to lease buildings that are near population centres that provide both customers and workers, served by efficient transit networks, and fitted with the latest technology.

For real estate investors, that is good news. Underlying the near-term demand for logistics property are several secular trends that promise to extend the frontiers of innovation in the sector and accelerate the pace of change for logistics providers, industrial space occupiers and investors alike.

“Ultimately, warehouse property serves US consumption,” says Tim Wang, managing director and head of research at Clarion Partners. There are two groups of factors that promise to reshape the logistics market. The first encompasses changes in the industrial warehouse sector itself, including changes in building structure and the integration of technology to accommodate the demands of e-commerce, accompanied by the need for capital to replace ageing building stock and construct a new generation of vertical warehouses. The second pertains to the underlying infrastructure of the global logistics sector – ports, container terminals, and other assets such as road and rail lines that connect coastal locations with inland markets.

Investors will also have to monitor macroeconomic and urban land-use factors when allocating to industrial assets. These include how labour costs will affect the cost structure and return potential of logistics property, as well as the potential for a change in industrial asset valuations if rents from industrial property rise enough to justify re-zoning land for logistics use.

“In my view, the industrial sector has seen more technology-related changes in the past five years than we had in the previous 20,” says Steve Schutte, GLP COO. “I think we’re going to see the same thing going forward.”

The next wave of change will be a more rapid adoption of new technology across the entire logistics sector. Whereas as 20 years ago technology companies struggled to find logistics operators to adopt new tools, “today, it’s absolutely different”, Schutte says. “Technology is the driver, often pulling the logistics space along in its wake.”

Schutte believes integration of technology will affect industrial property in three main areas: the amount of data and analytics being used in every component of supply chains; the operating capabilities that will be required to move to same-day delivery; and, ultimately, the optimal way to configure and equip a warehouse. “All of these technology, business operations and customer-service considerations have started to converge, and that convergence is happening much more quickly,” he says.

In addition, Schutte says the cost of technology is dropping rapidly, and aside from the most advanced robotics, much of it is also becoming easier to deploy and implement. New technologies include a smart-gate controller that automatically communicates between a truck and a warehouse, which directs a driver to an open bay on arrival, reducing idle downtime. Through its internal private-equity unit, GLP has invested in the company that makes the smart-gating technology. “These technologies, from internally-constructed warehouse systems to externally-driven supply chain enhancements, will converge in the future to the point where the operations will be seamless,” says Schutte.

Drivers – and the logistics control system – will know exactly what is in each truck and where each truck is destined, to determine the most efficient route. The implications of the convergence of technological innovation and basic operations for industrial property investors is not necessarily obvious, but could be substantial. “In time, that kind of convergence is going to be the model that will allow us to change how we think about rental rates or leasing when it comes to logistics warehouses,” says Schutte. “When you have that kind of data, and you can understand what kind of volume is going through the network, it affords tremendous flexibility, including variable-rate pricing.”

Implementing such technology could help investors get the best value out of industrial buildings, and there will be ample opportunity to finance ‘smart warehouses’. The US industrial property market is on the cusp of a replacement cycle, says Wang, noting that over 75% of US industrial building stock was built before 2000 – and thus prior to the e-commerce boom that has transformed the structural requirements for many fulfilment centres – and almost 50% was built prior to 1980.

In the years ahead, says Wang, the rate of functional obsolescence is expected to rise. Based on the average warehouse lifespan of 50 years, almost 10% of the existing stock will surpass the average useful life threshold over the next five years. Northern New Jersey, Pittsburgh, Boston, and Philadelphia, all near large population clusters, report a weighted average age of 45 to 60 years. “Inefficient space can have major implications for the cost of running the logistics operations required for the omnichannel consumer world,” Wang says. Following the rapid recent expansion of e-commerce, Wang believes “we are in the early stages of modernisation in the logistics industry”.

Consumers’ rapid shift to online shopping places a premium on the last leg of the supply chain – delivering a package to the consumer. With rising concern that a protracted US-China trade conflict could reduce US import and dent retail sales, “logistics facilities used to distribute goods to final consumers, particularly for online sales, look less exposed”, according to UBS Asset Management. “Last-mile, urban logistics facilities used by parcel companies and those used by retailers to fulfil online orders would seem more resilient,” if trade tensions worsen. 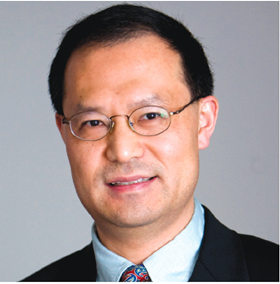 But faced with a shortage of urban infill sites suitable for new facilities to fulfil last-mile delivery, investors and developers are reaching building vertical warehouses. The average land price for single-storey warehouse development in the US doubled in the last five years to $30 (€26.4) per buildable sqft, according to CBRE’s 2019 US logistics outlook, prompting construction of small-bay infill warehouses. Noteably, availability rates for this type of product have dropped by 27% and asking rents have risen by 20% since 2014, according to CBRE, “markedly better fundamentals than for big-box facilities over the same time”.

Raise the roof
While it is still a challenge for small-bay vertical facilities to efficiently accommodate the 53ft trucks commonly used in the US, CBRE reports that there are at least seven multi-storey warehouses underway or in the pipeline in New York City, Seattle and San Francisco.

In January, Bridge Development Partners announced it had acquired land in Brooklyn to build a four-storey distribution centre that will be the largest in the US, with up to 1.3m sqft of warehouse space. The design calls for 32ft clear heights on the lower two stories, and for each floor to be directly serviceable by full-size tractor trailers.

Changes in underlying logistics infrastructure are also having a fundamental impact on investment opportunities. Container ships are following the consumer, too – in this case by sailing directly to ports along the East Coast of the US. This is changing decades-old patterns in the US logistics market, and creating new opportunities and risks for investors.

The widening of the Panama Canal has made it possible for a larger size container ship to reach the East Coast ports from Asia without having to sail around South America. New Panamax ships carry up to 13,000 TEUs (twenty-foot equivalent units), more than double the 5,000 TEU limit that has been in effect since the Canal opened in 1914.

Changes in shipping container flows have occurred slowly in the two years since the wider Panama Canal passage began operating, but recently reached a major milestone, Wang says, with East and West Coast ports each handling about a 46% share of US container volume. Consultancy ClipperMaritime predicts container volume from Asia to US East Coast ports will grow twice as quickly as volume to the West. About 60% of the US population lives east of the Mississippi River, and “this kind of shift may have implications for strategic investment decisions”, says Wang.

Municipalities are taking steps to capitalise on the need for logistics development to handle increased traffic. The tagline of a new ad campaign for the Port of Mobile, Alabama is ‘larger ships welcome’; the Port of Philadelphia is dredging to accommodate New Panamax ships; and the Port of Savannah in Georgia is building a new industrial park to meet demand for warehouse space.

Perhaps the clearest signal that e-commerce is bringing about the integration of ports, container shipping and last-mile package delivery to urban hipsters is the case of Amazon, which obtained a non-vessel operating common carrier licence in 2016, has quietly built an ocean freight business that moved more than 5,000 TEUs from China to the US in the past year, according to freight refund company Ocean Audit.

Investors would do well to keep in mind Mark Twain’s advice to buy land because they aren’t making any more of it. The power of supply and demand will eventually affect how current trends in logistics play out – and low-cost inland sites that have good access to coastal markets and growing ports are likely to benefit.

“Even as the local delivery model accelerates, the soaring cost and scarcity of coastal land should drive steady demand in the largest emerging inland hubs,” says Wang. Areas such as East-Central Pennsylvania, Las Vegas, the Central Valley of California, Atlanta, Dallas-Fort Worth, Indianapolis, and Chicago could all become favourable locations for big-box warehouses that will be able to compete as the cost of coastal warehouses rises.

Peter St Onge, an assistant professor at Taiwan’s Fengjia University College of Business, notes that Twain’s advice, if entertaining, is economically flawed. That is because the value of land is not simply that it is there – land’s value “comes from the value of things that [can] be done using that land”, St Onge writes. To determine where the price of any given piece of land, he suggests paying attention to the location of a property, the accessibility of the location, the efficiency of transit links and the proximity of the location to population centres.

Those factors will sound familiar to most property investors, and logistics investors know they boil down to one rule: follow the consumer.