Competition for assets is forcing the infrastructure fund management industry to innovate. But it needs to keep a handle on the risks, writes Florence Chong

To purists, traditional core infrastructure is confined to regulated utilities, toll roads and other essential services, underpinned by regulated revenue streams. These assets have both a monopoly and ‘pricing power’ in their markets and command high barriers of entry.

But their very scarcity means that prices have been soaring as competition intensifies. Port and energy utilities in Australia have changed hands recently at hitherto unheard-of earnings multiples.

So investors and managers are beginning to look for ‘infrastructure-like’ assets. The perception of what makes an infrastructure asset is changing. Those in the market say the current environment calls for flexibility. That means the ability to move up or down the risk curve.

Which is why, in April, an Australian consortium including First State Super and Hastings Funds Management bought a land registry business from the New South Wales state government for AUD2.6bn (€1.75bn).

Damien Webb, First State Super’s head of income and real assets, quips: “Why not? It ticks all the boxes on the attributes that matter most to infrastructure investors.”

Firstly, says Webb, it is a monopoly and an essential service. He points out that all buyers of property in New South Wales are required to use the registry’s services. “We will soon have a 35-year right to operate the business. It is a profitable business with good operating margins, and it offers a stable and attractive cash flow.”

First State Super has taken a 30% stake and Hastings 70% on behalf of three institutional investors, including Royal Bank of Scotland Group’s pension fund. 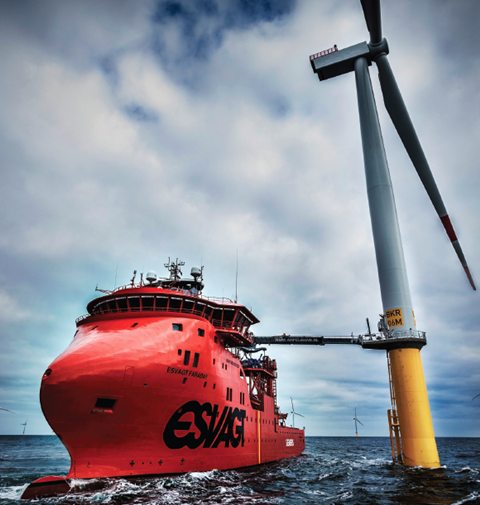 Shipping companies such as ESVAGT are now considered part of infrastructure

In 2015, the definition of infrastructure came to include a fleet of emergency response and rescue vessels operating in the North Sea and servicing oil, gas and offshore wind energy producers. The same year, AMP and 3i Infrastructure paid £218m (€257m) to acquire Danish company ESVAGT from Maersk Group. AMP Capital’s 50% stake in what is essentially a shipping business is held in its Global Infrastructure Fund.

Damian Stanley, principal within AMP Capital’s global infrastructure team, says ESVAGT delivers “a mission critical and government-mandated essential service”. Regulations require the vessels to be in place at all times, circumnavigating oil and gas platforms to prevent and/or deal with disasters. Use of the service is written into contracts with oil and gas majors and offshore wind farm owners and operators.

Damien Stanley says: “ESVAGT is a highly bespoke business. It takes a tremendous amount of knowledge, training and expertise to be able to operate in often very harsh conditions in the North Sea. And the barriers to entry are high.”

“We raised eyebrows when we made the investment,” Damien Stanley recalls. “[But] ever since then we have received complimentary feedback from the market. Some even said that if they had been aware of such an interesting business – and if such an opportunity arises again – they would invest in something like ESVAGT.” 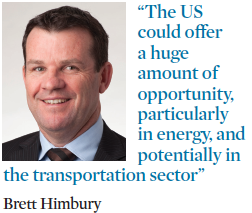 Damien Stanley recalls that as recently as five years ago data centres were not considered infrastructure assets. They are now. “The market is broadening the definition of infrastructure and we are certainly part of that appraisal,” he says.

But, he stresses, investors need to have in-house capability to assess potential acquisitions that do not fit neatly into the category of traditional core infrastructure. The same prudence must apply when fund managers go for “core-plus and value-add” traditional infrastructure assets, Damien Stanley says. “You need to appraise the opportunity properly, and have the capabilities to appropriately manage the asset. Not many managers can do that.”

Ross Israel, head of global infrastructure at QIC, confirms that some investors are expanding the definition of infrastructure to give them wider scope in an asset-scarce world – and to enable access to infrastructure-like assets.

Brett Himbury, chief executive of IFM Investors, says some investors are buying regulated assets that offer lower-than-expected returns. These investors are moving down the risk curve.

He says some regulated assets were sold in Europe last year with returns, based on IFM analysis, of just 6-8%. “In this low interest-rate environment, some investors would be happy to accept the lower returns for lower risk regulated utilities,” he says.

Others, he adds, are moving up the risk curve by taking on greenfield or sovereign risk and potentially more exposure to variability of the revenue stream. Himbury believes that as capital allocation increases with no commensurate increase in deals, the temptation will be to move further up that risk spectrum. IFM invests only in core infrastructure returning 8-12% a year, but Himbury admits that such opportunities are becoming scarce.

US to Trump all others?

As asset sales in popular markets such as Australia and Europe continue to dry up, buyers must look to new geographies. The US stands out as the most promising market, and may soon become the Holy Grail for infrastructure buyers.

Now that President Donald Trump has proposed US1$trn investment programme to upgrade and build infrastructure, prospects for asset sales in the world’s deepest infrastructure market are looking up.

“The Trump Administration is committed to improving infrastructure,” says Himbury. “If it does progress the way some are suggesting it might, it will create a range of projects for debt and equity investors that don’t currently exist. The US could offer a huge amount of opportunity, particularly in energy, and potentially in the transportation sector.”

Macquarie Infrastructure and Real Assets (MIRA) runs listed and private infrastructure funds in the US and Mexico. Martin Stanley, global head of MIRA, says: “The US has been a very attractive market for us for a long time, and we continue to invest in it.”

Despite the US administration’s push for healthcare and tax reforms falling short of expectations, Martin Stanley says infrastructure remains a priority on the White House agenda. “The question is: How is the Federal government going to affect the changes it desires when the final decision on infrastructure investment is taken at a state level?”

The two levels of government have to be prepared to put aside their differences and to work together to get greenfield projects off the ground, says Stanley. He believes the Australian experience with asset recycling provides a template for other countries.

Australia’s federal government gives state governments an incentive to sell public infrastructure, and then uses the proceeds to build new projects. If the US federal government were to consider a similar initiative, that would be “really positive”, he says.

The reality for many investors, however, is that they need to deploy their growing pool of capital now. Waiting for opportunities to emerge in the US is not necessarily an option.

Israel says one of QIC’s strategies in this competitive environment is to look for organic growth within its existing portfolio of companies. “Investors are looking at options to deploy further capital within their existing portfolios,” he says. “That could mean looking to expand a business in existing locations and/or to expand into new markets.”

An example of this strategy is construction of a third runway at Brisbane International Airport, in Queensland. QIC is the single largest shareholder in what is Australia’s third-largest airport, and the cost of the airport expansion is AUD1.3bn.

Another emerging trend among infrastructure investors, says Israel, is to look to either the top or the bottom end of the market, because the middle market is highly competitive. There are currently fewer bidders for assets priced upwards of AUD7bn or with an enterprise value of less than AUD300m, he says.

Others are looking at infrastructure debt as a proxy for investment in core infrastructure. Debt can also been seen as the pathway to secure assets when highly geared asset owners get into financial problems with rising interest rates and unsustainable capital structures.

Israel says debt remains attractive with interest rates low. He suspects that if interest rates were to rise by 2-3%, it could put stress on some owners. This would create opportunity.

“Some equity owners will look at whether there is an opportunity to buy debt in an asset to end up owning the equity,” he says.

And MIRA bought the listed Louisiana utility company Cleco Corp in the US for US$3.4bn last year. “We took the utility company private,” says Martin Stanley. “But I don’t think there is necessarily any evidence that the public markets are undervaluing infrastructure companies in a widespread way.” 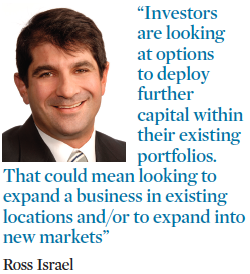 Giuseppe Corona, AMP Capital’s head of global listed infrastructure, says infrastructure stocks trade every day on the market, where they are exposed to market sentiment. “Sometimes these companies are dragged down, not because of cash flow or any financial issues, but because market sentiment goes against them.”

In such a situation, he says, a valuation gap between the traded price and the net asset value can emerge. This opens up an opportunity for private owners to buy the assets through a corporate takeover. “You are talking about 300 companies listed in different parts of the world. Opportunity to buy into those companies can emerge from time to time.”

Corona says DUET is one example. Vienna Airport, which was taken private by IFM Investors last year, is another. “Cleary, CKI saw a valuation gap between where the stock was trading [on the Australian Stock Exchange] and what it thought was the value of DUET,” he says.

But Corona also believes the listed infrastructure market itself is an option for infrastructure investors, especially when more assets are being listed. “Debt is rising in both developed and developing countries, so we are seeing more privatisation as well as the listing of government-owned infrastructure assets.”

Corona says cash-strapped governments have floated or are looking to float assets in energy, utilities, transportation (like airports and toll roads) and telecommunications (particularly telecom towers).

Infrastructure investors agree that there are clear signs of exuberance in the market, reminiscent of the lead-up to 2007-08, when liquidity was similarly abundant. They warn that it is time for caution, as signs of ‘an asset bubble’ become evident in infrastructure assets, as in other asset classes.

Some managers are now focused on deploying capital rather than the fundamentals. Martin Stanley says: “People are saying that if they can’t deploy money in traditional core assets, they will invest in something a little bit different. That might turn out to be fine, and the investor can get a sensible or even a superior return, but it does carry a higher level of risk.

Yet others may turn to higher leverage without taking into account that they are not necessarily getting a higher risk-adjusted return. “We remain focused on assets that have strong fundamentals, and we will stick to that,” Martin Stanley says. “To the extent we can’t deploy the capital, we would rather return it to the investors.”