Large institutional investors are pouring capital into global agricultural markets, and Australia has been a key target. Florence Chong reports 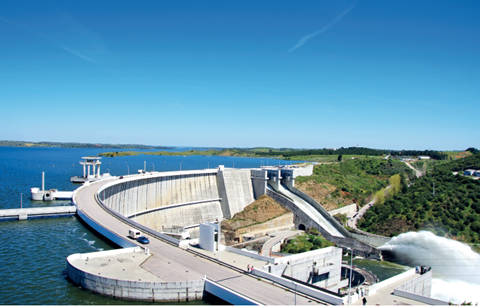 Portugal, which has created Europe’s largest artificial lake with the Alqueva Dam, could rival Australia as a destination for agri-investment

A fresh wave of global capital is poised to flood the market in search of agricultural assets. Several large fund managers, including Macquarie Infrastructure and Real Assets (MIRA), and Westchester – part of Nuveen – have launched new funds, while others have raised hundreds of millions of dollars for investment in the agriculture sector.

Industry experts say large pension funds from Europe and North America in particular are sitting on billions of dollars waiting to be deployed directly to agricultural assets rather than through fund managers.

In the second half of 2019, PSP Investments committed to invest more than A$1.65bn in just one country – Australia. PSP Investments won shareholder approval in February to complete its A$854m bid for the listed Australian agricultural company, Webster, which grows tree nuts and owns water rights, among other agribusinesses.

By March 2019, PSP Investments had C$3.46bn of its natural-resources allocation of C$6.8bn invested in agriculture. In geographical spread, Australasia has a weighting of 57.6% (C$3.92bn) for natural resources, mainly in agriculture. Australia is particularly appealing to Canadians because of their familiarity with the legal system and the similarity of the two economies.

And increasingly, Thomas is fielding enquiries from other investors seeking opportunities in the sector. “Many European pension funds are speaking to us directly on new investments. They all have significant capital to put to work,” he says, adding that many funds have raised capital in the past year and are ready to deploy the cash.

MIRA’s third agriculture fund raised A$1bn last year. It is being invested in row cropping and permanent cropping assets, with MIRA “well advanced with the deployment”, according to a source.

The new MIRA fund has a mandate to target improved on-farm energy efficiency, to reduce carbon emissions, and to reduce energy intensity on a per-unit of production basis.

Last year, Westchester launched its first open-ended vehicle and is believed to be seeking up to US$2.4bn. Martin Davies, CEO of Westchester, says: “We are potentially poised for an economic slowdown and, historically, farmland has been a store of value. It offers durable income through a downturn in the economy.”

The yield characteristic of farmland is “very compelling”, Davies says, suggesting that this is one reason for strong investor interest. “It provides inflation hedge and portfolio diversification characteristics, and return volatility is low. Studies have shown that farmland returns are not correlated to traditional asset classes but to inflation.

“Fundamentally, whatever you produce on your farmland is food, drink, fibre or feedstock for energy production. People have to eat, and people have to buy cotton T-shirts. In the absence of urban development and change of land-use potential, ultimately what drives the value of farmland is the actual income that you can generate from the land.”

Hancock bought Harvard Management Company’s almond farms in Cowl Cowl and Wyandra, both in New South Wales, for “greater than A$120m” in January this year.

According to Rural Bank’s annual Australian Farmland Values report, the median price per hectare of Australian farmland increased by 10.7% in 2018, the fifth consecutive year of growth.

“In line with the long-term trend, we expect farmland values will continue to rise, underpinned by strong demand for agricultural assets and increasing profitability of farming operations in an environment of low interest rates and strong commodity prices,” the report says.

It notes that total transactions have been falling, in part because fewer assets have been available. “We don’t have enough developed assets to sate the demand that is there, and the money is well-rewarded if it takes development risks,” says Thomas. “So the big capital flows that I am seeing are coming in to transform land and take it to its highest and best use. The property might be an irrigated asset used for annual row crops, but it can be redeveloped into almonds, avocados and such.”

He has three deals in train for a total value of A$250m in Australia’s Murrumbidgee Valley, in New South Wales. He says: “North American pension funds and global fund of funds are attracted to Australia’s water licensing regime, which provides investors with water security.”

On PSP Investments’ acquisition of Olam International’s water rights, Thomas says: “These are perpetual rights. It is as if they bought a freehold property. It provides security of land and water titling, and they are drawn to that.”

Michael Robertson, deputy director of agriculture at CSIRO, Australia’s national science agency, says Australia’s water market in the Murray Basin is seen as a sophisticated system to ensure that water gets the most economically-optimal use. “Traditionally tied to land ownership, water couldn’t necessarily be moved to where it is most needed,” he says. “Most economists would argue that a water market is a very good thing.”

Robertson credits development of Australia’s fast-growing almond industry in part to the introduction of water trading. “It allows almond growers to buy water on the market.”

But not everyone is a fan. Davies asks: “Is it right to separate water rights from land?” When the water rights have been sold, he asks, who is going to maintain reinvestment in the infrastructure?

Robertson says a lot of improvement can still be made in more efficient use of water. “At the moment, on average, 40% of water is used by the plant to grow its yield, the rest is lost, one way or another.”

Technology, with the aid of sensors and analytics, is making precision farming in areas such as optimising the use of water possible, he says. For example, the cotton industry, which received plenty of attention for its use of water, is now a rapid adopter of technology.

CSIRO is working on breeding crops that are more water-efficient and can withstand extreme climate events. Robertson says crops such as wheat, barley, canola and sorghum can yield with a limited watering.

“Australia is well ahead of many other countries,” he says. “It has the unique combination of a well-developed western system of science and a network of research organisations and well-educated farmers who work under challenging conditions, including low-fertility soil and a variable climate.

“If the current drought in Australia had occurred 15 years ago, many farmers would not have survived financially. They are surviving now due to advances in technology, business management skills and other innovations.”

Elizabeth O’Leary, head of agriculture at MIRA, says: “Technology is integral to all of our farming activities, providing us with data and decision-making tools to help manage operating conditions. We use sensors to improve water-use efficiency, and increasingly look to robotics to drive productivity.

“MIRA’s cropping businesses are also setting up a robotics/autonomous agricultural vehicles incubator trial hub in which it will work with Swarm Farm to trial robots, as well as various farming systems and agronomy systems that involve robots as the central machinery.” 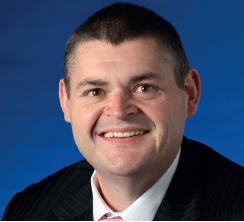 O’Leary notes: “Our cropping farms have used precision tools and no-till for many years. In times of drought, our soils are more able to store water and, in turn, reduce plant stress. Our technology package is helping our farms adapt and withstand weather variability.”

Three big challenges face livestock production, and CSIRO has developed new technology to counter these issues. The first is farm labour. “Raising livestock requires more labour and infrastructure than cropping,” Robertson says. “With depopulation of rural Australia, it is getting harder to find labour to move animals from paddock to paddock.” CSIRO has developed ‘virtual fencing’ to guide or constrain cattle within the use of an invisible GPS defined area. The technology is being commercialised, he says, to help overcome labour issues.

The second issue is animal welfare. A sensor has been developed to monitor the health of individual animals and address such consumer concerns.

The third challenge is the environment. Beef is in the spotlight because of greenhouse-gas emissions. Robertson’s agency has developed a natural additive from seaweed that, when added to animal feed, suppresses the bacteria that causes methane emissions.

Davies agrees that technology plays an important role in increasing total factor productivity – the measure of efficiency of the conversion of inputs into outputs – the key to profitability. But while technology helps mitigate some risks, it cannot totally offset them, he says. “You can get carried away by what technology can do, but you cannot escape the impact of weather.

“Australia is a good example right now. That is why diversifying investments in farmland by country, location in country, crop type and water source is so critical. If you have no rain, you are not going to be growing a crop.”

Notwithstanding droughts and bushfires, Thomas says Australia is “having its time in the sun at the moment”. 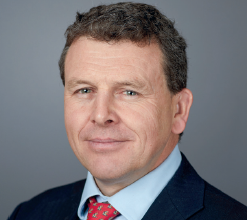 “We are potentially poised for an economic slowdown and, historically, farmland has been a store of value” - Martin Davies

But other destinations are emerging that will compete for investment capital. One of these is Portugal, which has created one of Europe’s largest artificial lakes, the 250sqkm Alqueva Dam, capable of irrigating an area the size of Los Angeles. The irrigation project, on the River Guadiana, began two decades ago to revive a region at risk of desertification.

Olives are the main crop in Alqueva region, but almond and berry plantations are rapidly expanding, with an influx of foreign capital from the US, Chile and Asia.

“Water is critical where you grow these crops in this environment. Around 85% of the world’s almonds are produced in the Central Valley of California. Almonds originate from areas that are 150-200km from the Mediterranean. We are looking at investing there.”

But investors have many other countries to consider. These include South America, some former Soviet states, and Africa.

Thomas believes the “big sleeper” in agricultural investment is probably Asia. “Asia can produce more than it does now. If they get their land tenure right, that will facilitate foreign investment.”