The rise of Islamic finance

Growing expertise and familiarity is supporting the growth of Sharia-compliant finance in real estate. Alan Pemberton highlights the most familiar structures

E urope’s tallest building, the Shard in London, once looked like it might never be more than a developer’s dream. In late-2007, with banks nervous about lending to each other let alone to developers, financing looked impossible. But riding to the rescue was a Qatari consortium that acquired an 80% stake for £150m (€192m).

In 2012, a Malaysian consortium bought for £400m the 16.8-hectare Battersea Power Station site, which had lain derelict for three decades. Work is now under way on a massive 3,444-home scheme that will create a new city district.

The UK – and London in particular – along with Germany and France have been favoured destinations for Islamic real estate investments. London supports 22 financial institutions, including five that are fully Sharia-compliant, and around 30 law firms with sector expertise.

The outcome of Islamic finance is not significantly different from conventional finance. But Islamic finance reaches its goal through a different route, based on principles of Sharia law derived from the Quran and the sunnah, the sayings and acts of the prophet. Sharia finance’s most important principles are the avoidance of riba, gharar and haram activities. 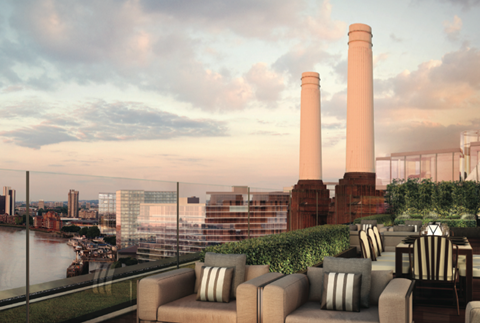 In 2012, a Malaysian consortium bought Battersea Power Station. Work is now under way on a massive 3,444-home scheme that will create a new city district

Riba is the word for financial interest. Under Sharia, charging interest is illegal, meaning that conventional interest-based mortgages are forbidden.

Gharar means that contracts must be tightly defined with ambiguity and uncertainty removed. For example, it is forbidden to agree to purchase a property at a fixed price in six months’ time.

Sharia also prohibits activities such as gambling, drinking alcohol and consumption of pork, which are termed haram. Consequentially, it prohibits the finance of businesses supporting haram. However, most Sharia-compliant investors take a pragmatic approach with investments such as supermarkets, where a proportion of sales might derive from alcohol, for example.

To ensure compliance, a Sharia board, a panel of expert scholars who interpret Islamic law, certifies the financial structures needed to invest in an asset. The board also scrutinises every stage of the deal, including using surveyors to carry out due diligence.

Sharia-compliant financing structures suit investment in physical assets such as buildings and infrastructure, and the most commonly used are detailed below:
• Ijara: Replacing the traditional mortgage is the Sharia-compliant equivalent contract, ijara. These allows the financial institution to profit from the transaction by leasing out the asset to the borrower. To purchase the property, the borrower enters a lease purchase agreement, called ifara-wa-iqtinah, which is binding on the lessor only and allows the lessee either to purchase the property at the end of the contract for a pre-determined price or surrender it.
• Sukuk: Companies – or countries – can issue sukuk, which is similar to a bond, but is asset-backed. The assets are typically buildings, bridges, roads and railways that generate revenue through rent or tolls. This revenue, combined with the proceeds from asset sales, provides a yield.
• Murdarabah: Murdarabah involves the creation of an investment partnership, similar to a limited partnership, with the investor providing capital to another party. The profits are shared on an agreed ratio but losses are borne solely by the investor.
• Istisnaa: Another form of project finance is istisnaa and involves the customer developing a project financed by an up-front payment from the agency that will acquire it on completion. The financial agency will then sell the asset or grant an ijara lease.
• Musharakah: A structure popular in purchasing major real estate assets that is diminishing murdarabah sale and ijara leaseback agreements. For example, the purchase of Chelsea Barracks used this structure. Musharakah is a joint venture set up between the lender and investor with both parties sharing the profit or loss. The profits are shared based on an agreed ratio while losses are distributed based on the proportion of each partner’s investment. Each partner holds executive powers in the project if they wish and the structure is similar to a conventional partnership or voting stock in a limited company. In diminishing musharakah, the financing agency and the customer share ownership through the joint venture, but the customer/purchaser pays a rental payment  and a buy-out payment, forming part of the agreed purchase price. Over time, the customer’s ownership share increases until they own the asset outright. Initially, the customer will pay a substantial portion of the payment in  rent and a small part as capital repayment. Near the contract’s end, this is reversed, with the rental portion small and the capital element large.

Due to tighter regulation, bank lending will never return to the heady days prior to the 2007/8 financial crash. This means developers must make the most of new financing opportunities presented by the growing economies of Islamic states such as Qatar, Abu Dhabi and Malaysia. In the past, lack of familiarity with Islamic finance caused complexity and delay. But now there is a growing pool of expertise in Islamic finance and successful project structures to use as templates. 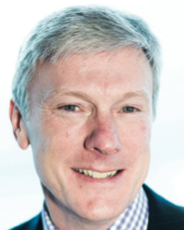 It can only be expected that Europe will see more iconic buildings supported by Islamic finance.