Enpam, Italy’s largest pension fund, which provides pensions to Italy’s general practitioners, had a 30% allocation to real estate at the end of 2016. The large exposure to real estate is characteristic of casse di previdenza, Italy’s first-pillar pension funds, which have long invested in domestic property.

In addition to its direct holdings across Italy, ENPAM’s indirect portfolio centres on three fund companies in which it holds a major or 100% shareholding. It uses these to gain further stakes in domestic and international properties in various sectors. Among these are Fondo Ippocrate, a 15-year closed-ended fund, which has ENPAM as its sole shareholder. It launched in 2007 and holds mixed real estate assets.

Fondo Antirion Global has three sub-funds, focusing on core, value-added and hotel investments, respectively. About two-thirds of its assets are outside Italy. The hotel fund was established in December 2015 and has ENPAM as the sole shareholder. 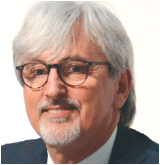 Fondo Antirion Aesculapius is a closed-ended fund with a 20-year life. The majority of its holdings are in Italy and it targets mainly healthcare properties, such as clinics, hospitals, rehabilitation centres, outpatient clinics and laboratories, care homes, nursing homes, home healthcare for the elderly, and university student residences. Typical investments are income generating and can be core and value-added-type assets.

A key deal involving Antirion on behalf of ENPAM in early 2017 was the purchase of a 50% stake in Amazon’s new London headquarters from Brookfield Property Partners. The investment complements the pension scheme’s existing ownership of Amazon’s Milan base.

The London asset is Principal Place, which comprises 621,000sqft and is worth €886m. The building is part of a mixed-use complex, including a 50-storey residential tower and 20,000sqft of retail space.

Diversifying the investment portfolio into a primary foreign market such as London has been a strategic priority for Antirion and ENPAM in the past couple of years. 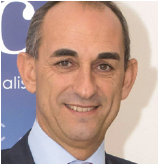 The €7bn pension scheme for Italy’s chartered accountants is a seasoned investor in real assets, particularly real estate. Much like its peers – casse di previdenza, first-pillar funds for professionals – CNPADC has a legacy property portfolio, but has branched out into infrastructure and social housing.

As of last year, the scheme had 10% of its portfolio invested in real assets. This excludes private equity and private credit, which CNPADC also classifies as real assets.

Walter Anedda, CNPADC’s chairman, said: “Investments in infrastructure and in the real economy represent the typical investment solution to the low-interest-rate environment. They provide predictable cash flows and stable returns with a low correlation with the equity and fixed-income markets. Furthermore, the direct link with inflation and the resulting hedging of pension liabilities are the main strategic reason that persuades us to increase the existing exposure.”

CNPADC’s strategy includes a strong social component. In 2013, the scheme invested in Italian social housing projects Cascina Merlata and Fondo Investimenti per l’Abitare. The infrastructure portfolio was implemented in the same year with an investment in F2I, an Italian fund.

The pension scheme has earmarked €90m for direct property investments in 2018. A further €130m is planned for open and closed-ended property funds focused on domestic or international assets.

New investments in alternative assets, which include infrastructure among other asset classes, are planned to be in excess €452m.

CNPADC has built a network of specialist advisers that assist the fund with due diligence on managers, including those focused on infrastructure. Anedda said: “Thanks to our advisers, our growing internal competencies and the efficient selection procedures, we are building an increasingly mature portfolio in this asset class.”

The pension scheme is expanding this network, having launched a search for an adviser to select closed-ended alternative funds. Local adviser Praxi was recently appointed to conduct a review and evaluation of the entire real estate portfolio. 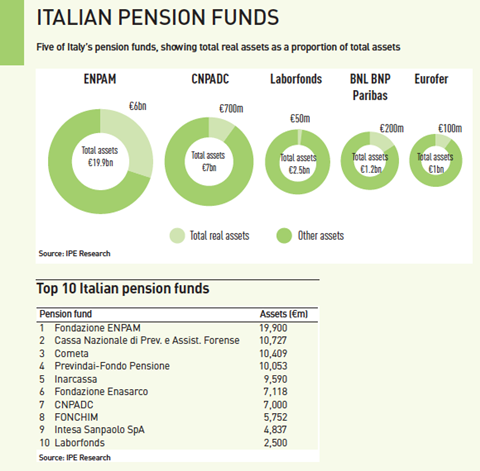 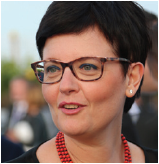 The €2.5bn regional pension scheme for workers in the Trentino-Alto Adige region has implemented a strategic allocation of 10% to alternatives over the past two years. It has acquired infrastructure and social housing assets through a €75m private equity allocation.

The allocation includes a €25m investment in European infrastructure through InfraCapital, the infrastructure equity investment arm of M&G Investments, and €20m in Italian renewable energy, via the Quadrivio Green Energy fund. Then there is a €5m investment in local social housing through Fondo Housing Sociale Trentino, a co-investment offered by Fondo Investimenti per l’Abitare, managed by Cassa Depositi e Prestiti. The remaining €25m of the allocation is invested in a global private equity vehicle managed by Partners Group.

A further €25m has been earmarked for European infrastructure.

Ivonne Forno, Laborfonds’ CEO, explained that implementing the real assets programme required particular efforts to comply with the demanding regulatory framework. The scheme had to get foreign managers to agree to specific requirements around data sharing and governance.

Forno said: “We are very happy and proud with the results of this team effort, and we give credit to our managers for working hard towards our goals. But we would not have signed off the investments until all our requirements in terms of governance and reporting had been fully satisfied. This is how we operate.”

With the existing €75m investment, plus a further €25m to be deployed soon, the pension scheme is still some way off the 10% target allocation to alternatives. That means further investments are planned for the coming months.

Partly thanks to its strategy on alternative assets, Laborfonds won the 2017 IPE Award for Best Pension Fund in Italy. 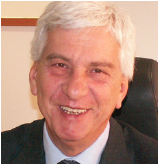 The €1.2bn pension scheme for employees of the BNL BNP Paribas banking group has a legacy real estate portfolio of directly-owned assets worth more than €200bn. The majority of the portfolio consists of commercial assets.

About 15 years ago, the pension scheme decided to divest its portfolio of residential properties. In 2016, the portfolio lost value to the tune of €2m, but the scheme is confident its strategy will pay off in the long term.

The pension scheme manages the portfolio internally, with the help of an external adviser, Prelios Sgr.

The strategy is concerned mainly with improving existing properties, for which the pension scheme has set aside funds to be invested over the coming years.

The pension scheme decided to persist with the strategy of managing assets directly, after considering moving its entire property portfolio to an external fund. The plan was dropped by when the tax authorities signalled that it would not bring any financial benefits.

Meanwhile, the scheme has made its first significant investments in infrastructure.

In 2016, it invested €15m in Deutsche Bank’s Pan European Infrastructure II, a closed-ended fund that raised €1.8bn from investors.

Romano Leligdowicz, head of asset management at the pension scheme, said further investments in alternative assets, including infrastructure and private equity, will most likely be made in the medium term.

“We aim to create a structured portfolio of unlisted assets,” he said. 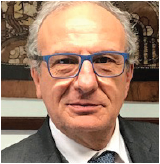 In 2014, the scheme set a 5% target allocation to real estate and another 5% target for infrastructure. So far it has invested in a pan-European real estate fund managed by AXA Investment Managers–Real Assets and in the Macquarie European Infrastructure Fund 5.

Eurofer bought into the Macquarie fund in 2016, having sought a fund with a core-diversified approach from among more than 40 funds that met its initial requirements. Eurofer also hopes to contribute to the domestic economy, with Macquarie having invested in energy projects in Italy in previous funds. Fund 5, which raised €4bn in September 2016, has invested in oil pipelines and storage in Spain, the UK, Ireland, offshore wind farms in the UK and infrastructure assets in Slovakia and the Czech Republic.

Santo Di Santo, Eurofer’s director, says the performance of both investments has been more than satisfactory. The real estate component has delivered a 9% return, which lies near the top of the expected range. The infrastructure investment is on track to deliver double-digit returns.

During the first half of 2018, Eurofer plans to focus on alternative investments as it looks to reach its 5% target for real estate and infrastructure. There is also a 5% target allocation to private debt and equity.

The pension fund has focused on pan-European investments, but Di Santo says: “Clearly we will look beyond Europe if necessary.”

He adds: “The objective of our real assets allocation is to leverage the illiquidity premium and thus improve the risk-return profile of our portfolio. However, the focus will continue to be on fund investments.”