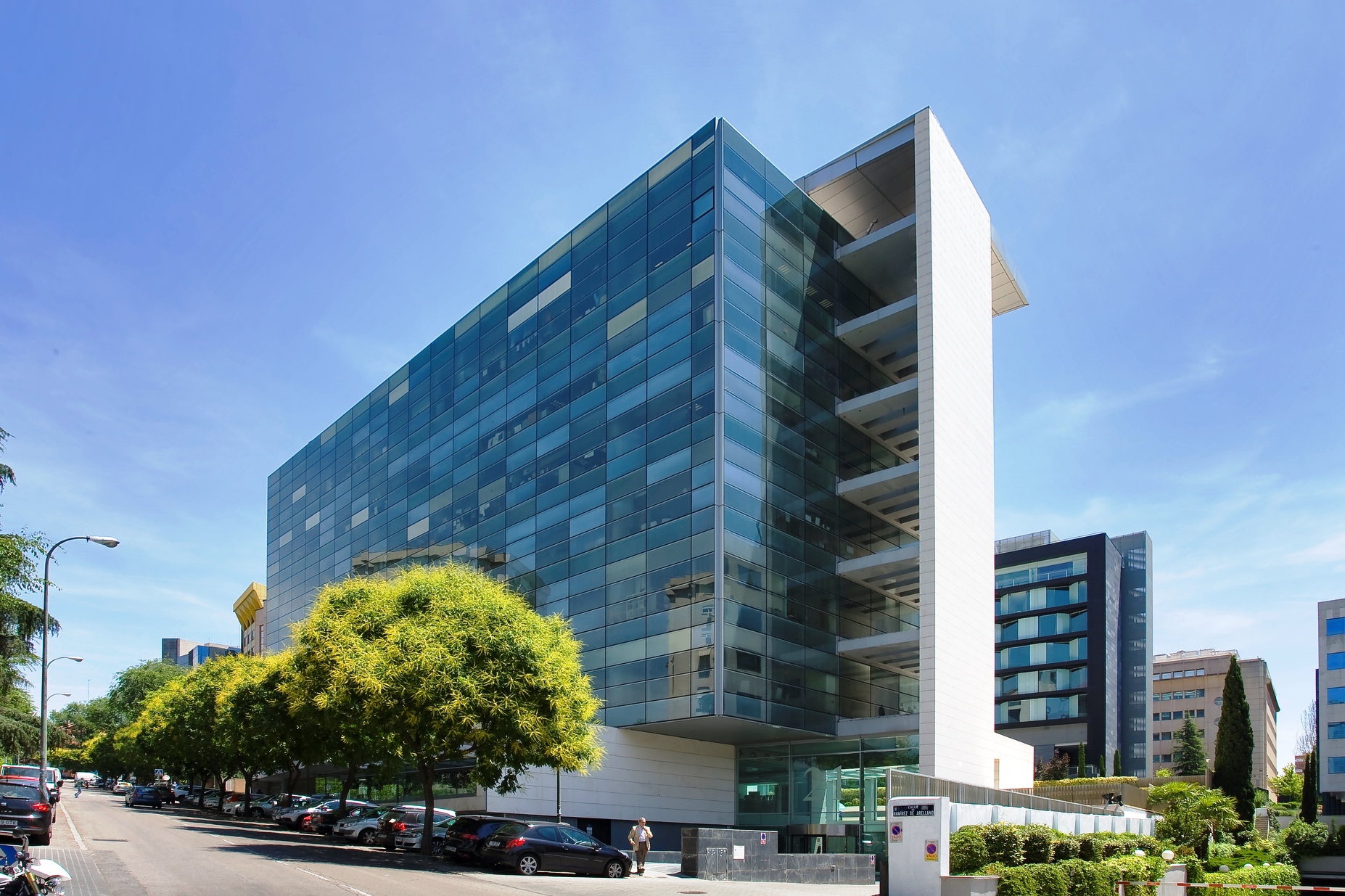 This year may well go down in history as the one in which Spain’s recovering commercial real estate sector finally threw its arms around the REIT. After just under half a decade of wrangling, Spanish REITs, or SOCIMIs (sociedades cotizadas de inversión en el mercado inmobiliario) are now a reality.

The emergence of SOCIMIs correlates with the growing consensus that Spain is over the worst and, six years after the global financial crisis, the country’s macro-economic outlook is now improving.

Carlos Krohmer, Colonial chief corporate development officer, says there is “significant potential” for returns through growth from both rental recovery and yield compression.

“There’s a big recovery play in Spain,” he says. “But one has to look beyond that and assess what is your investment horizon – as strong rental growth is not yet there. However, we are seeing tenants asking for longer-term leases, signalling a clear bottoming out of rents.

Lar España president José Luis del Valle says the way foreign capital views Spain has changed. “The appetite for Spanish assets is there – most people believe this is the right time to invest in Spain,” he says. “There are good opportunities.

“We are not there yet – Spain is far from being perfect – but valuations have fallen enough for international investors to now invest.”

Intense competition from private equity firms has accentuated the feeling that those wishing to invest in Spanish commercial real estate need to move quick.

“Everyone is here and there are players who don’t want to miss this opportunity – such as those who didn’t even think about investing here last year,” says DLA Piper Spain partner, Orson Alcocer. “The cash boxes are hunting for investors now.”

The ‘cash boxes’ to which Alcocer refers are those SOCIMIs with bigger ambitions. Cash boxes – or blind pool listings – work best in markets where there is investor appetite but obstacles to entry. For a host of reasons (see below) – chiefly over-eager bidders – Spain is exactly such a market.

Investor interest continues to grow in Spanish REITs, which promise high yields and a relatively conservative approach to rolling the dice on Spain’s property recovery.

In March, Hispania Activos Inmobiliarios raised €760m. APG and Cohen & Steers both invested in the new REIT, which is targeting Spain’s multi-family residential, office and hotel sectors, buying in Barcelona and Marbella.

Paulson and Co, Quantum Strategic Partners, the Canepa Group and Moore Capital Management also backed the listing, as have Fidelity and Morgan Stanley.

Hispania has bought properties as well as companies, spending €80.2m in July on a 90% stake in Spanish real estate company ONCISA. The deal gave it access to a 46,416 sqm office portfolio worth €120.4m, located mainly in Madrid.

Hispania, managed by Azora Gestión, has all the characteristics of a typical Spanish REIT – aimed at international investors seeking platforms with strong local footings.

“Backing a SOCIMI which has a minority investor who is also the manager is a way for larger investors not to miss an opportunity to invest in this cycle,” Alcocer explains.

It is what PIMCO did earlier this year, committing €50m to the Lar España SOCIMI, which listed in March with a total offer size of €408m. PIMCO’s 12.5% stake made it an anchor investor in the SOCIMI, managed by Grupo Lar which, in turn, has invested €10m. The SOCIMI will leverage to €800m, investing in retail and offices until the end of next year.

Del Valle says SOCIMIs could offer opportunities for those seeking capital gains. But adding value through management of undervalued and under-performing property is a more obvious strategy for SOCIMIs. “We need to offer more than just repricing,” del Valle says.

At three times the size of Lar, Merlin Properties became a SOCIMI in June this year with a €1.5bn IPO. At flotation, commitments totalling €600m accounted for 40.2% of share capital. The backing gave Merlin the firepower to buy the Tree Inversiones portfolio of BBVA bank branches for €739.5m.

Investors in SOCIMIs are not writing blank cheques, it seems.

Spain’s largest flotation since July 2011, the IPO was again further proof of appetite for the country’s real estate and the appeal of strong management. Investing in core and core-plus offices, shopping centres and logistics, Merlin is run by local managers, with its executive team investing €7.5m in the company. Merlin chief executive, Ismael Clemente founded fund manager MAGIC Real Estate in 2012 after a partial spin-off from Deutsche Bank’s real estate arm.

Clemente says one of the new SOCIMI’s main objectives is to have “high-quality assets in the portfolio from the outset”. Merlin is focusing on Spain’s main cities as well as on Portugal.

Spanish firms Quabit and Rodex have also attracted the attention of investors, with the latter enticing US fund manager Anchorage Capital. Quabit, working with Santander, is listing as a SOCIMI with €500m of assets, while Rodex vehicle AXIA was capitalised at €400m.

The ‘cash box’ label may not stick and investing capital is key for SOCIMIs. The vehicle must make investments within the first two years. A SOCIMI property portfolio must have 80% of its assets ‘active’ to avoid being penalised.

SOCIMIs have clearly has caught investors’ imagination. But how did the vehicle get off the ground?

Spain’s government first cleared the path for SOCIMIs at the start of last year. But the journey to a Spanish REIT began far earlier. SOCIMIs were first introduced in October 2009. However, the vehicle was a non-starter.

In a retrospective 2012 report on the original SOCIMI structure, PWC blamed a combination of global financial turmoil, economic downturn, the state of the Spanish real estate market and the “stringent requirements” to join the regime.

Limitations meant that investors shunned the structure – put off by a 19% corporate income tax rate and the requirement of a minimum €15m share capital. A requirement to be listed on the main stock exchange also put investors off. Market observers have labelled the 2009 model was anything from “complicated” and “useless” to a “disaster”.

The Spanish government took note and went back to the drawing board. Amendments were made. Corporate income tax for SOCIMIs was cut to 0%, their minimum share capital requirement was reduced to €5m and listing requirements were reformed, allowing SOCIMIs to trade on Spain’s alternative investment market (Mercado Alternativo Bursátil). In May 2012, the Spanish Ministry of Finance published a first draft bill with the amendments. That, PWC notes, made the regime more attractive and “softened” requirements, giving the SOCIMI model life.

For foreign REITs with an interest in Spanish commercial real estate, non-listed SOCIMIs could also be an option, qualifying for 0% tax as long as at least 10% tax is paid in some jurisdiction.

Some European REITs, says Luis Manuel Vinuales, partner at Garrigues, have enjoyed the fiscal advantage since 2009. Vinuales believes that by the middle of next year, Spain could have as many as 20 new SOCIMIs.

Local buyers back in the game

While larger, multinational investors have their eyes on the ‘cash boxes’, local investors such as Spanish family offices could also use SOCIMIs to professionalise, solving issues including family disputes over ownership.

Although Hispania, Merlin and Lar took the international headlines earlier this year, it was a family business, Entrecampos, that became Spain’s first SOCIMI, listing in November 2013. Promorent, another family-run business also converted to SOCIMI status in late 2013.

In its largely positive Real Estate Assets Investment Trend Indicator for Spain 2014, accountancy firm EY predicts that local family offices will be strong buy-side market participants this year. A full recovery of Spain’s commercial real estate sector is not complete until such investors are again borrowing and buying.

EY’s report also suggests that opportunity and private equity funds are likely sellers. The ‘hot’ money might move on. But slow recoveries such as that being experienced by Spain do not generally appeal to opportunistic investors.

It will be some time before SAREB, the country’s ‘banco malo’, clears its desks. The bank, which in 2012 set itself a 15-year target to clear its books, continues to work through selling off real estate loans, properties and land.

Spain’s traditional banks are still in sell-off mode, offloading real estate servicing platforms – another way into Spain for international investors. In that respect, the platforms offer a not dissimilar route into Spain as the SOCIMI regime. Apollo, Blackstone, Cerberus, Kennedy Wilson and TPG have all bought real-estate servicing platforms from Spain’s banks, including Santander, Bankia, Caixabank, Catalunya Banc and Banco Popular Español. Blackstone paid €3.6bn for a €6.4bn portfolio of CatalunyaCaixa residential mortgages in July.

Appleton Capital Management said it was setting up a fund to acquire distressed real estate loans in Spain with a nominal value of more than €1bn.

The Dublin-based alternative investment manager is targeting €200m from investors for the Icciona Capital Partners fund to buy non-performing loans from Spanish banks at steep discounts before eventually selling the underlying properties. Icciona will target the southern Andalucia region.

Spain’s transition from a contaminated area to a more traditional market is still a work in progress. Investment volumes may have risen to €5.2bn last year (their highest since 2008 according to CBRE), but the use of leverage is still a taboo in Spain and the country’s real estate sector is yet to normalise.

Banking regulations in Spain, CBRE noted in its 2014 EMEA Viewpoint, curtailed the emergence of a widespread CMBS market, dampening the growth of commercial real estate lending.

That could change, says Alcocer. “We are still waiting for real estate financing to come back to the market,” he says. “It’s been all about the bigger players but there is room for leveraged, smaller investors.”

Speaking at AFIRE’S European conference in June this year, Kevin Faxon, head of real estate Americas and global real assets at JP Morgan Asset Management, questioned the reasons behind Spain’s repricing, asking whether it had been prompted by genuine market opportunities or “because all of a sudden a bunch of money [had been] raised”.

Auction culture and international – mainly US – investor demand (41% of last year’s investors were North American) has resulted in yield compression, driving down prices. That makes life harder for investors with higher return requirements, but should favour their more traditional counterparts.

While there is generally more optimism around Spain, concerns over unemployment – still rising at the start of this year and hovering at around 25% according to the country’s Instituto Nacional de Estadística (INE) – will not go away.

Those investing in the country’s office market may not be set for a dramatic return to form. “The outlook for rental values in Spain is not intrinsically better than for many markets in the euro-zone’s core,” Capital Economics says.

Prime office rents – having dropped 40% since 2008 – are forecast to grow, on average, by just 3% a year, Capital Economics points out, urging caution.

There has also been an increase in investment volumes in retail, up from €203m in the first half of 2013 to over €1.1bn in the first six months of this year.

The driving forces behind the renewed appetite for Spain may continue to be called into question. But coming in the same year, there is little doubt that the arrival of Spain’s REIT regime was not coincidental and is now benefitting from the bullish mood.

“Maybe a year ago, this would not have been possible,” Del Valle says.

Krohmer says: “It’s positive to have an increased listed sector. It’s been a clear success in the UK and the US, and it’s a clear benefit for the country. You put real estate in the hands of professional management and that can only be a good thing. It would be good to have more players in the market to have real estate in professional hands.”

“It is important that one of Europe’s major economies has an attractive and internationally accepted REIT structure in place,” says Charles. SOCIMIs, he adds, are providing a strong backbone to the country’s commercial real estate recovery.