A wave of European IPOs has made global listed property a reality – just as Europe begins to offer value, writes Gillian Tiltman

Investors looking for a market that offers value and which is still only mid-way through its cycle might want to consider continental European real estate.

I might have said the same thing in 2012 or 2009, but if you are the kind of investor that cannot hold bricks-and-mortar in your portfolio, or who prefers the liquidity of listed, that advice would have been useless to you.

Today, after major advances in Europe’s listed real estate market, things are very different. For the first time, having a genuinely global listed real estate portfolio – as opposed to a US and/or UK one with a ‘global’ label on it – is a realistic prospect.

Let us be clear: we continue to believe there are opportunities in the US, where a dividend yield of almost 4% at the end of December suggests good value. Some areas in Asia look attractive, too. And in Europe, we would caution against being underweight the UK, even though we believe the cycle there should moderate in mid-2016, with the listed market prices anticipating this trend some months before.

Fundamentals and demand remain strong; the UK economy and consumer remains well-placed and, as discounts to NAV have become more compelling, we think capital values should remain firmly underpinned. 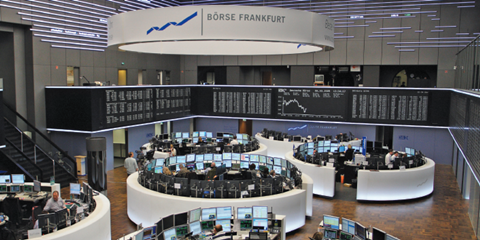 Now that the majority of the easy money has been made, focus turns to operations – companies’ ability to generate true earnings and rental growth. But we believe that we have identified a number of quality companies in restaurants and high-street retail (with mixed-use assets in iconic locations and proven management strategies) that merit positions in listed real estate portfolios throughout an economic cycle.

In contrast, continental European valuations and rental growth have a lot of catching up to do and – unlike in the US and possibly also the UK – it seems unlikely at this stage that they will see any headwinds from imminent monetary policy tightening.

While the FTSE EPRA/NAREIT UK index provided a dividend yield of just 2.8% at the end of 2015, the Developed Europe ex-UK index yielded 3.3%. We think certain companies that we favour on the continent will benefit from this catch-up trend – we anticipate that a true recovery in a sector like Paris offices is on the horizon, for example, and we also see great opportunities in Sweden. It is important to note that structural issues that remain unaddressed in these markets could cause lackluster returns without painstaking bottom-up stock picking. 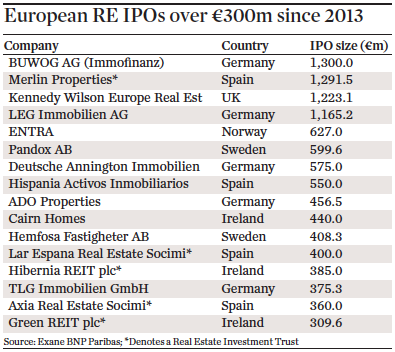 The good news is that genuine stock picking in continental Europe is possible today. What makes the current value opportunity especially noteworthy is the nature of the opportunity in this cycle compared with previous ones.

Before joining my current firm, I spent many years running a global real estate securities fund, alongside colleagues investing in bricks-and-mortar. I remember that, during the last big value opportunity in 2012, it was frustrating to hear them rhapsodise about the low valuations in Dublin and Madrid offices – where we on the listed side had no companies to invest in.

Of course, we had plenty to do in the UK, and Unibail Rodamco in France is one of the largest pan-European real estate investors. But apart from that, Europe as a whole was a bit of a non-starter, especially as we are always looking for quality names – the best assets in the best locations, with excellent management running conservative balance sheets and upholding good reporting standards.

That world is unrecognisable now. The value opportunity in continental European bricks-and-mortar three or four years ago led to a demand for more listed opportunities, which in turn spurred a wave of IPOs.

Since 2013, there have been 45 European real estate company IPOs worth a total of about €13bn. Twenty-eight of those, representing an IPO value of €10bn, were continental European listings. Of the 16 €300m-plus IPOs over that time, seven were in Spain and Ireland, including Merlin Properties, which owns more than 900 commercial real estate assets on the Iberian peninsula, worth €3.4bn.

The effect of these listings can be seen by looking at the EMEA ex-UK constituents from the FTSE EPRA/NAREIT Developed index. They now account for 11% of that index and their market capitalisation has doubled from the beginning of 2012, from €69.3bn to €140bn.

We do not anticipate that 2016 will be a value opportunity like 2009 or 2012. But the cycle for continental European commercial real estate has lagged the US and UK cycles significantly and listed real estate investors can position themselves for the evolution in these cycles.