Tip of the iceberg: the true scale of the net-zero challenge for real estate 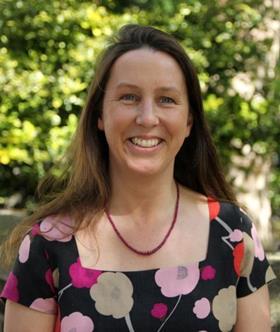 Sarah Ratcliffe is CEO of the Better Buildings Partnership (BPP) 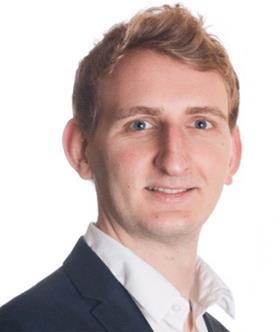 Why is this initiative needed?

Sarah Ratcliffe: Our members are large owners of property portfolios, and for them they are the ones implementing net-zero strategies. From their perspective, there’s a real need to be able to take those high-level targets down to an asset level, understand what that means, but also ensure that the market is defining, interpreting, measuring and verifying those things in the same way. A lot in our industry is based on fair comparison: indexing, benchmarking, and so on. So, for property owners to have a standard to which they can refer and against which their buildings have been verified, is actually helpful to them, giving them reassurance that there’s a common standard.

How has the initiative achieved collaboration?

SR: How it came about was several organisations saying, what would this standard look like? And if one is going to be developed for the sector, who would own that and how would it be governed? What’s really interesting about this particular initiative to develop a net-zero carbon building standard, is that all of those organisations have [collaborated to] produce one standard [for] the industry. There is a proliferation of different standards, benchmarks, etc, around climate change and sustainability. And what wouldn’t be helpful for the industry is to have slightly different net-zero carbon standards. So it’s a great initiative to bring together the industry, but it’s going to take… hard work to get there.

What stage is the project at in its development?

Asam Smith: We launched the call for interest for people to get in touch with us to participate in the project. We’re setting up a series of what we’re calling task groups and sector groups to tackle issues like operational carbon, embodied carbon measurements, verification. We’ve been inundated with applications to be involved with the project… more than 800 applications. The first big challenge that we’ve got… is how to appropriately and equitably involve so many people in this project. We’re at that formative stage where we’re working out how to involve stakeholders from across the built environment.

Is there a balancing act in getting the standard right, but doing it quickly because of the urgency of net zero?

SR: That’s one of the things that makes it quite challenging – the urgency of action, but also the need to make sure that the standard is configured in a way that doesn’t have any unintended consequences that… will be harder to unpick. This is actually quite a complex area and something all of the stakeholder input will be extremely valuable to bring the different perspectives [and knowledge] of the industry to bear.

What are the main challenges ahead?

SR: There are several challenges around developing a net-zero-carbon standard like this. One of the really important issues to resolve is that of ambition. Is this a standard that only a very few assets will ever get to reach, because it’s so challenging, or is it a standard that’s going to be able to be implemented across the whole market? Another challenge is how you define and then delineate the different scopes of carbon that the net-zero-carbon standard will refer to. Another challenge is at what point in the lifecycle does the building actually gain that net-zero certification? At the BBP, we deal with lots of owners of buildings who’ve got diverse portfolios with lots of existing assets. So, in terms of having a net-zero carbon building, do they look for that when they acquire the building? What if they transact it – who accounts for the carbon at what point during the building’s lifecycle? We need a standard that reflects all of these challenges and how things work in practice, rather than just how they work in theory.

AS: A really important principle that we’re following with this project is to recognise that at a top level we have fixed carbon budgets – we have a fixed amount of renewable electricity that we can generate within the UK by 2050. So there are boundaries to the system in terms of energy and carbon that we have to rationalise. And then there’s also bottom-up considerations – we will have experts in this project saying to us, look, we think that the minimum theoretical energy use of this building type or this building type is X, Y or Z. So it’s about finding the balance between those bottom-up principles and the top-down limits, so that we can find an acceptable middle point that allows us to meet our carbon budgets in a way that is deliverable and achievable across the whole built environment.

Tip of the iceberg: the true scale of the net-zero challenge for real estate