Advances in rechargeable batteries and storage capabilities are vital to the continuing growth of the renewables industry, writes Boris Beltermann

As energy production evolves from fossil to renewable energy sources, one of the major challenges is to control the inevitable volatility of the latter and to guarantee security of supply. Storage plays a vital role in energy transition and climate protection.

For energy storage, the most mature technology is pumped hydropower storage, which is typically used for storing and discharging over longer periods of time (usually several hours). Pumped hydropower storage represents 99% of installed storage capacity, according to the International Energy Agency. However, local topography has a big impact on feasibility, as do high investment costs and construction periods of five years or more.

Storage in lithium-ion batteries ranks second among the most mature technologies and is considered the technology with the greatest potential, having attracted several new market players and extensive R&D investment. The cost of lithium-ion batteries has fallen to about US$230(€187)/kWh from US$1,000/kWh since 2010. Research and consulting company Bloomberg New Energy Finance estimates that by 2025 costs of less than US$100/kWh are a possibility. Globally, installed battery storage is expected to grow from 1.3 gigawatts of storage projects deployed in 2016 to an expected 4.7 gigawatts in 2020 and 52 gigawatts by 2025 – a compound annual growth rate of 16%, according to research company IHS. In Japan and Australia, as well as California, large-scale battery storage has been installed.

Historically, lithium-ion batteries have predominately been used in power-intensive, fast-response applications. But this is changing, as technological developments have vastly increased energy densities while manufacturing economies of scale have sharply reduced production costs. The combination of these factors has led to increases in the duration of lithium battery applications to the two to four-hour range which had previously been dominated by other non-lithium technologies. Today lithium-ion batteries are not only competitive but, as illustrated by renewable power projects integrating lithium batteries in the US and Australia, have in fact become the go-to technology for four-hour storage. 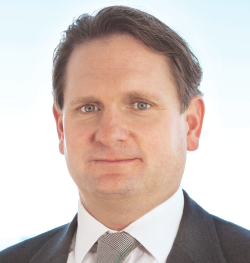 Boris Beltermann: “Storage is a vital part
of generation”

Lithium has the highest energy density compared with other current storage technologies. It is also the technology of choice for the electrification of the transport sector, offering both cost and technical advantages for renewable energy storage. This in turn promotes renewable energy thanks to economies of scale in the production of batteries for electric vehicles. Production capacities for electric vehicle batteries have more than tripled in the past three years. With such positive fundamentals, banks look favourably on financing the integration of lithium battery storage.

Battery storage systems are vital for new renewable energy projects. As the share of renewable energy in Europe’s power mix increases, so does the value of battery storage projects. New renewable energy projects will increasingly be coupled with rechargeable batteries to take advantage of wider renewable energy choices. A recent study by the National Renewable Energy Laboratory in the US predicts that new solar photovoltaic (PV) systems – in combination with a storage solution – will be cheaper from 2020 than PV solar electricity alone. Crucially, when equipped with a storage capacity, solar energy can cover evening peaks in demand when the price on the wholesale market is highest and solar power generation is low or non-existent.

Energy storage systems can play a role not only for the direct support of electricity from renewable energies, but also for the accompanying grid infrastructure. In Europe, upgrading of the electricity grid to meet the increasing share of renewable energy is expected to cost about €650bn over the next two decades. Such investments can be mitigated in part by supporting storage projects for the entire electricity grid, which reduce the need for grid expansion at bottlenecks.

Generation from renewable sources and electricity storage using lithium-ion batteries have been paired in Hokkaido, Japan, at the Tomakomai storage project. Since the Fukushima nuclear disaster, Japan has been aiming to close the gap created by the temporary closure of its entire nuclear power generation with both renewable energy and conventional gas and coal-fired power plants. Following an earlier lead by European countries including Germany, the UK, Italy and Spain, Japan has developed into one of the largest markets for renewable energy, along with China and the US.

In 2016 alone, Japan increased its PV capacity by 14.3 gigawatts, representing almost a quarter of newly installed global capacity. To address renewables growth and network challenges in Europe and around the world, one can now confidently leverage experience gained in Japan.