Australia’s superannuation schemes will continue to have a hunger for real assets. Pooja Antil and Alex Dunnin explain

Australia is a nation in the south-west Pacific that plays way above its weight in global affairs. It is ranked 55th in the world by population but has the 14th-largest economy and third-largest pension fund market.

It is among the largest energy producers on the planet and one of the world’s most efficient agricultural producers. Its currency is the fifth most-traded in the world, too.

Prior to COVID-19, it had the fastest-growing population in the developed world, while being among the list of nations handling the virus most effectively, in terms of both health and economic impacts.

While the economies of many of the world’s nations have been smashed by the virus, Australia’s, albeit while dipping into recession for the first time in about three decades, has fallen less than 1%.

Global investment managers looking for a source of business would be wise to include Australia on the list of markets they intend to nurture and be part of. Australia is welcoming to such investors. According to research published by Rainmaker Information, about 45% of Australia’s domestically sourced funds under management is overseen by overseas-owned investment firms. This makes Australia’s investment market one of the most open-architecture around.

With Australia’s investment market ranking midway between that of Hong Kong and Singapore, it is a big opportunity.

What makes Australia’s investment market particularly appealing is its strong appetite for real assets –unlisted property and infrastructure. It is no coincidence that two of Australia’s most globally successful investment managers, Macquarie Investment Management and IFM Investors, are specialists in these asset classes.

Rainmaker reports that almost A$200bn (€123bn), about 10% of Australia’s pension fund assets, are invested this way, a ratio that is likely to increase, considering Rainmaker’s projections regarding which sectors are expected to be the strategic winners and losers in coming years. 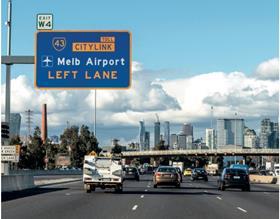 Rainmaker produces pension-market projections yearly. The latest reconfirms what local Australian investment managers have long known: that the increasingly dominant mutual entities, the public-sector pension funds, company-sponsored pension funds and industry pension funds – known in Australia as not for profit (NFP) funds – will not just hold their market share, but are expected to increase it in coming years.

But what makes this projection especially significant is the high demand from this pension fund segment for real assets – the sector accounts for 90% of real asset investments held by Australian pension funds. More tellingly, however, the NFP segment is projected to increase its share of the Australian pension-fund market from 52% in 2020 to about 60% in 15 years’ time, while the other segments are projected to fall.

This level of appetite for real assets among the fastest-growing part of the Australian pension fund market has profound implications for investment managers.

Propensity to invest in these physical assets could grow even faster if we consider the forces of consolidation occurring in the Australian pension fund market. Mergers between pension funds are already resulting in fewer but bigger funds which are more comfortable with these assets classes.

Illustrating this, analysis by Rainmaker of Australian pension funds that invest in real assets, reveals that there were 90 specific large-scale unlisted properties to which they had exposure in 2020. Each of these funds reports an exposure to an average 10 properties.

This follows a similar pattern for both Australian and international investments. Major pension funds are investors or co-investors in 37 separate Australian infrastructure projects, with funds in this group having investments in an average seven projects.

For Australian pension funds investing in international infrastructure, the major funds are investors or co-investors in 51 separate infrastructure projects, with funds in this group having investments in an average six projects.

The popularity of airports, seaports, motorways, and water and energy utilities is no surprise. That so many Australian pension funds are invested in them reinforces just how sought after they are. The question then is whether there are enough such investments in Australia to satisfy demand – which, in turn, explains why the same Australian pension funds are also more likely to invest in similar assets overseas.

ESG is another driver of this demand. This is because Australia is one of the most active ESG markets in the world. According to figures from the Principles for Responsible Investors (PRI), even though Australia is a small country in terms of population and economy size, it nevertheless accounts for the fourth-largest number of PRI signatories.

The capability for real assets to be used to generate ESG-based retirement income makes their case even more compelling for Australian pension funds.