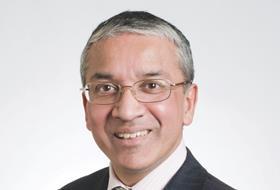 The UK, post-Brexit, has the opportunity to solve a problem for our alternative fund sector arising from Article 19(10) of the Alternative Investment Fund Managers Directive (AIFMD), implemented throughout the EU and now domesticated in the UK. The solution enables our sector to operate more efficiently and in accordance with long-established investor-protection and corporate-governance practices.

Article 19(10) (see box below) provides that an external valuer has unlimited liability to an alternative investment fund manager (AIFM) for any losses suffered by the AIFM as a result of the external valuer’s negligence or intentional failure to perform its tasks.

This provision needs to be reformed so that ‘negligence’ is construed as a serious (not a simple) error. The sector should engage with the UK regulator, the Financial Conduct Authority (FCA), and persuade it to implement suitable legislative reform. At the EU level, the EU regulator, the European Securities and Markets Authority (ESMA) in the context of the European Commission’s AIFMD review, has already acknowledged the problem with Article 19(10) of the AIFMD and supports finding a solution to the external valuer liability issue for funds.

Focusing on Article 19(10) of the AIFMD, there is no harmonised negligence standard across the EU, and hence the interpretation of the threshold for potential unlimited liability. In the UK (and several EU member states), negligence – sometimes also called ‘simple negligence’ – is interpreted to mean relatively minor mistakes, and is distinguished from “gross negligence” (often used as market parlance and meaning “serious error”), which is used to mean relatively more serious mistakes.

As a result, in the UK, many real estate valuers for example, adopting professional guidelines from their industry body, the Royal Institution of Chartered Surveyors (RICS), are unwilling to accept unlimited liability for simple negligence. They therefore refuse to accept the external valuer role for buildings in real estate fund portfolios. This is unfortunate, as external valuers of real estate investments have long been a recognised means of ensuring that the valuation of property in funds is conducted according to industry standards by qualified, licensed independent third parties.

“AIFMs are responsible for the proper valuation of AIF assets, the calculation of the net asset value and the publication of that net asset value. The AIFM’s liability towards the AIF and its investors shall, therefore, not be affected by the fact that the AIFM has appointed an external valuer.

Notwithstanding the first subparagraph and irrespective of any contractual arrangements providing otherwise, the external valuer shall be liable to the AIFM for any losses suffered by the AIFM as a result of the external valuer’s negligence or intentional failure to perform its tasks.”

Professional indemnity insurance in the UK is not available for unlimited liability related to actions deemed less than a serious error. As a result of Article 19(10) – for the purposes of the AIFMD and (since 31 December 2020) UK AIFMD – many UK AIFMs have been forced to perform the valuation function in-house – that is, operate with internal valuations rather than independent external valuations. This also adds unnecessary costs.

Sector representative organisations Association of Real Estate Funds (AREF), British Property Federation (BPF) and the European Association for Investors in Non-Listed Real Estate (INREV) helpfully support the need for UK AIFMD legislative reform with a submission this month to the FCA. They argue that, pending any primary legislative reform of UK AIFMD for this issue and other issues (that is, justified on account of the combination of this and other issues), a pragmatic solution is via an FCA consultation (and then guidance) that Article 19(10) of UK AIFMD should be interpreted on the basis that “the external valuer is subject to unlimited liability to the AIFM for any losses suffered by the AIFM only from the external valuer’s serious error or intentional failure to perform its tasks”.

The UK would be entitled to proceed with such reform given flexibilities for the UK within the EU-UK Trade and Cooperation Agreement of 24 December 2020. Nikhil Rathi, FCA CEO, in a speech also this month recognised this increased flexibility, and signalled that the UK intends to use its autonomy to regulate for the benefit of UK financial markets.

Hopefully, the FCA will engage with the representative organisations, and find a solution to this much needed reform of Article 19(10) of UK AIFMD.

Assuming progress with such reform, the European Commission may be persuaded by the reform – and combined with ESMA support – progress with Article 19(10) AIFMD legislative reform. This could be an example of a post Brexit EU/UK regulatory benchmarking dynamic – in which UK AIFMD reform also influences a welcomed improvement of the AIFMD. Such an influence would be an ironic consequence of Brexit.