In 2016 the newly elected Justin Trudeau government in Canada promised to review infrastructure investment in the country. One of the key pillars in its first budget was the creation of a Canada Infrastructure Bank. The bank’s CEO talks to Joel Kranc about its mandate.

This content is only available to IPE Real Assets Members 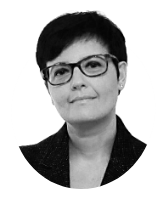 IPE editorial provides coverage of foreign pension funds’ experiences from which we can take ideas; we can also use it to share ideas regarding new and pioneering projects.